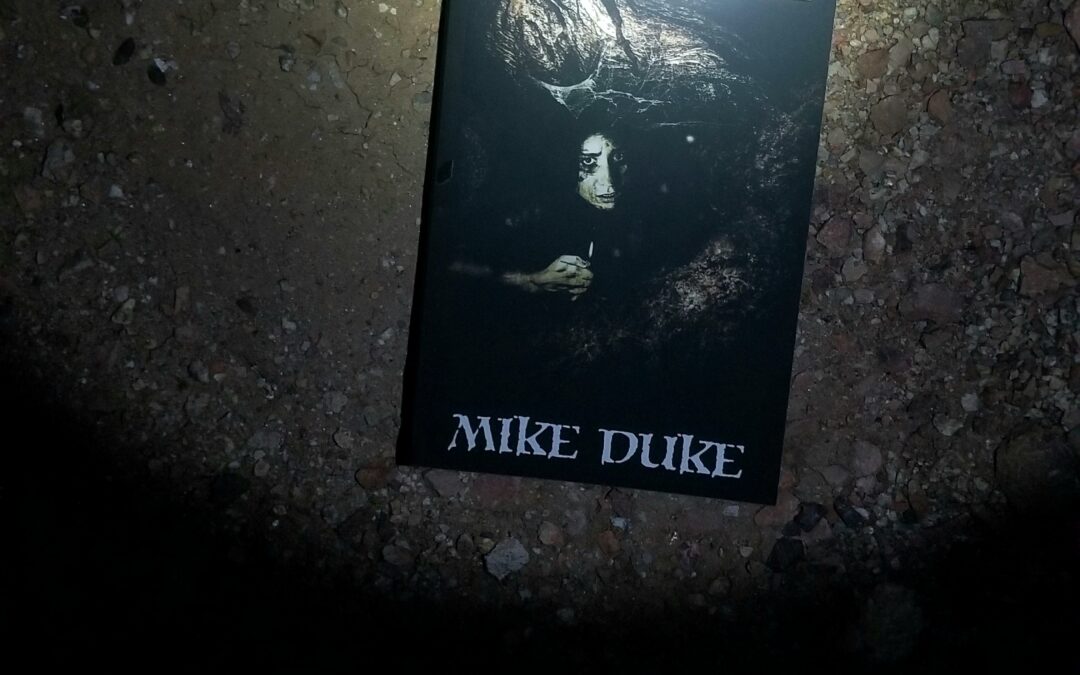 “A hiking adventure honeymoon turns terrifying when Linda and Dillon suddenly find themselves plunged into a living nightmare. Separated, they must battle nature’s unpredictable and deadly challenges and the horrors of their worst fears as their mental and physical limits are tested in a fight for survival.It’s live or die alone in the wild.” – Amazon

Dillon and Linda are outdoor adventurers. They enjoy hiking and spending time alone together in the wilderness and as such, their honeymoon revolves around the great outdoors. They’ve spent quite some time planning a lavish vacation full of several waterfalls and hiking several miles worth of terrain in the Pisgah National Forest in North Carolina. So Dillon and Linda are hiking along enjoying each other’s company when their dog sees a deer and takes off. They both run after the dog and aren’t paying attention to the terrain in front of them. In a matter of just a few moments, they both fall into two separate underground cave systems. Their honeymoon at that point in time officially turns into one that you wouldn’t wish upon your worst enemy…

“The more he tried to hop on one foot, the more Dillon realized he would not cover any distance like that. He’d have to Crawl.”

At just 61 pages in length, the action gets started almost immediately and doesn’t let up until Mike Duke says so. It’s an extremely fast-paced read as you can probably imagine and let me tell you, this story scared the absolute shit out of me. The writing is beyond amazing and so descriptive that it felt like I was in the cave system. Probably doesn’t help that I don’t do terribly well with claustrophobia. Small rooms don’t bother me. Small spaces don’t bother me too much, but I don’t think I could handle being in a small, enclosed space while being confined at the same time. I mean, these people are in total darkness in a place they’ve never been. They can’t stand up because of how low the cave is where they’re stranded. They aren’t together any longer so they’re both stranded in a blackness none of us can possibly fathom. You can’t see your own hand in front of your face. There’s cave crickets everywhere, spider webs keep hitting their faces and something is biting them.

I mean, every single turn of the page had me screaming out, “ARE YOU SHITTING ME?!” These poor people! I mean, it was one thing after another! And here’s the thing, none of it was unrealistic nor silly. I’m talking about downright terror. It’s not blood or guts or eyeballs popping out. It’s a very realistic everyday scenario that could easily happen to any one of us, especially if you’re an avid lover of the outdoors.

Since Dillon and Linda have fallen into two separate cave systems, the story alternates between Dillon and Linda’s perspective which I really enjoyed. They both tell their stories of survival. It was interesting to see how each of them ‘dig deep’ and fight to survive their ordeal. Aside from fighting for survival, they’re both desperate to make their way back to one another. All the while, they’re wondering if the other is OK. It was a traumatic story that was way too believable for its own good.

In addition to being blown away by the sheer volume of shit that keeps happening to them, I never stopped rooting for them. This made it easier for me to devour the book in almost one sitting. I could have easily done so, but I really wanted to savor the story and so, I read it in two days instead of one. HAHAHA. Seriously though, it’s a novella I didn’t want to put down simply due to the way it gripped me and refused to let go.

I ended up finishing Crawl last night and had to take a minute to digest everything I just read. I almost felt out of breath in a way due to the sheer exhilaration and sense of adventure! It was an obvious 5-star read for me.

The difference between a 4-star and 5-star read for me is the sense of bookish perfection. The 5-star book review for me leaves me thinking about the book that just resonated within me and shook me to my core. There’s at least one scene in particular that I found myself thinking about a day after finishing the book and I get the shivers every time I think about it. Highly recommended for the avid hiker, cave spelunker and horror guru!