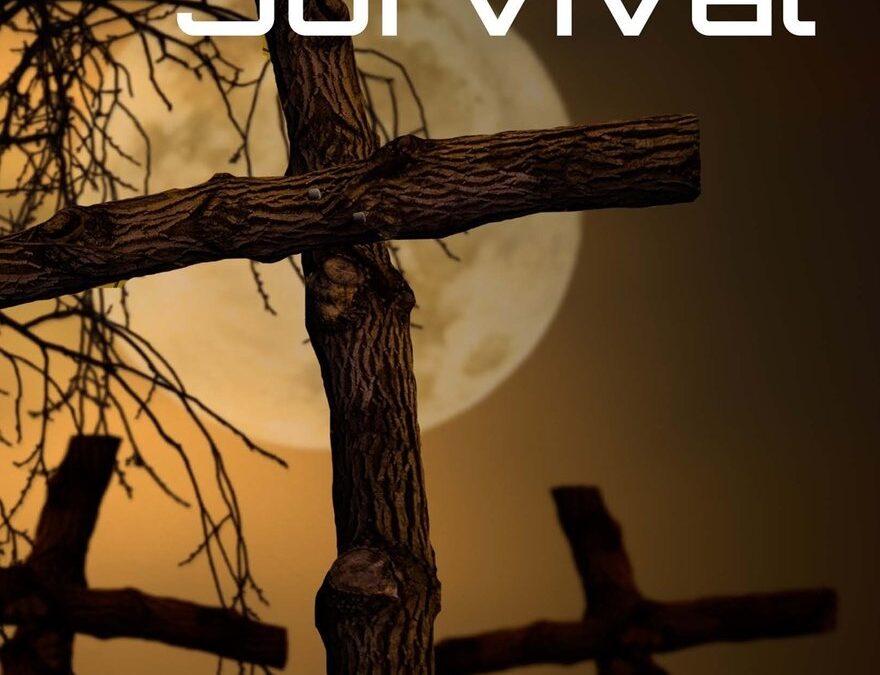 “If the world as you know it ended today how would you survive?
_ _
After a sudden, mysterious disease is unleashed on the country claiming millions of lives, including that of his family, Mark is left alone. The cities are in chaos with survivors killing for food and water. Knowing as supplies dwindle the insanity will spread to his neighborhood, he creates a fortress in the basement of his suburban home, stock piled food, water, weapons and medical supplies, and stays out of sight during the day.
_ _
Weeks later, the deadly street gangs have been organized, becoming a more dangerous and brutal army. In methodical fashion they begin a neighborhood by neighborhood search, stripping houses and businesses of anything useful, killing those who stand in their way and enslaving the rest.
_ _
Mark knows if they find him they will kill him and works to not only stay hidden but conceal his stash of supplies. However, when a woman and her family are trapped by the horde, Mark attempts a daring rescue and becomes the focus of a deadly manhunt.
Trapped and outnumbered, the killers closing in, Mark must find a way to keep them all alive.” – Amazon

I LOVE to read, but over the last five to six years or so, due to life and work and the usual suspects, I’ve done very little reading.

This is something I’ve been trying to change, and I’ve picked up and tried reading a number of books over this last year, and almost none of them were enough to hold my attention.

It says something when despite your desire to read, you can’t help yourself but to fall asleep, even at 8pm, when I normally stay up to 11 or so.

Then I got Random Survival by Ray Wenck.

Random Survival is a post apocalyptic survival story, with a basic premise along the same line at Steven King’s The Stand. Some unknown, random sickness kills off a vast swath of the population, and then things get ugly.

The protagonist of the book is Mark, and he’s a survivor. A former marine gives our protagonist the skills he needs to survive, but that’s about all of the background we get on him. This book doesn’t dwell on the past, instead, it goes full bore into the action from chapter one right through to the end of the book.

You’ve got Mark, a regular, ex-marine dude who just wants to find some like minded people to rebuild civilization with, and then you’ve got “The Horde”, rampaging around killing and looting and literally raping and pillaging.

The bulk of the book is Mark dealing with the Horde, and finding some like minded folks along the way, which sounds simple enough, but boy, did Wenck do a good job of making this book engaging.

My biggest problem with Random Survival is that Mark is a little bit of a Gary Stu. Things pretty much always go his way, and while he takes his lumps along the way, everything he sets out to do, he does with near perfection.

But honestly, even though Mark’s a bit of a Gary Stu, it didn’t stop me from loving this book. I read this book in two days, and I’m ready for the second book, hoping it’s as gripping as the first.

I owe Ray Wenck a thank you for writing the book that really helped me start reading again.