The Last Harvest by Kim Liggett : Book Review by Scott 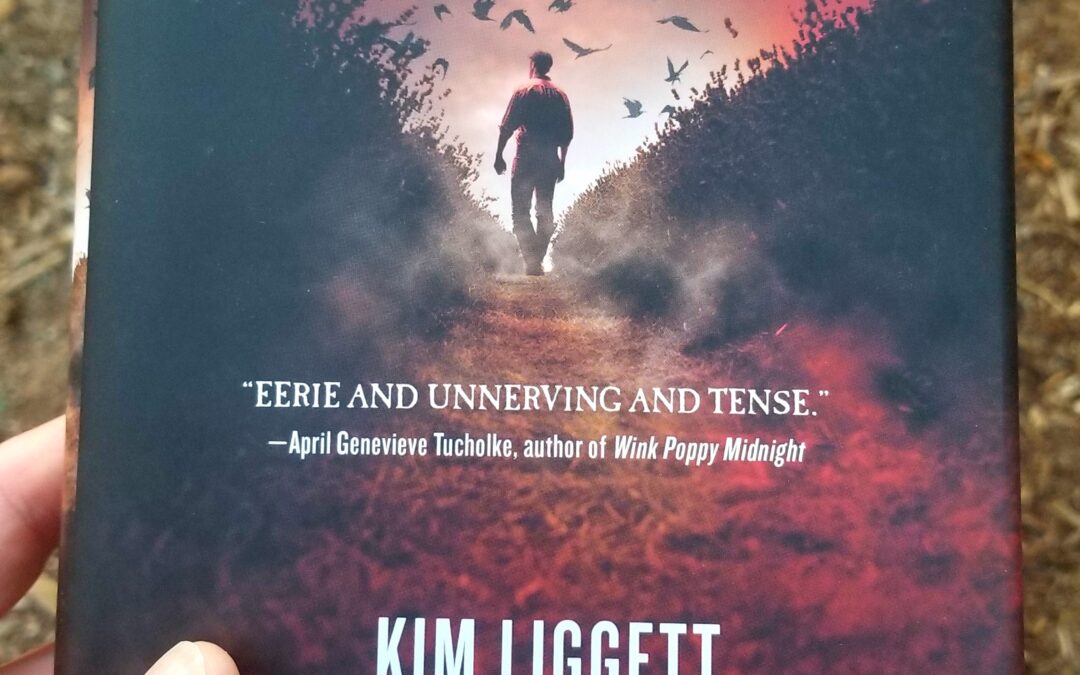 Those were the last words seventeen-year-old golden boy quarterback Clay Tate heard rattling from his dad’s throat when he discovered him dying on the barn floor of the Neely cattle ranch, clutching a crucifix to his chest.

Now, on the first anniversary of the Midland, Oklahoma, slaughter, the whole town’s looking at Clay like he might be next to go over the edge. Clay wants to forget the past, but the sons and daughters of the Preservation Society―a group of prominent farmers his dad accused of devil worship―won’t leave him alone. Including Ali, his longtime crush, who suddenly wants to reignite their romance after a year of silence, and hated rival Tyler Neely, who’s behaving like they’re old friends.

Even as Clay tries to reassure himself, creepy glances turn to sinister stares and strange coincidences build to gruesome rituals, but when he can never prove that any of it happened, Clay worries he might be following his dad down the path to insanity…or that something far more terrifying lies in wait around the corner.” – Amazon

Clay Tate lives in a very rural farming community in Oklahoma with his Mom and two sisters. Their family is one of the six founding members of the town where they reside. His Dad died a tragic death. Out of the blue, we learn that one day his Dad grabs a crucifix off the wall and runs to a neighboring cattle farm’s breeding barn. Although, the detail surrounding his father’s death are still sketchy, we learn Clay finds his dad covered in blood & gore on the floor of the barn. His father’s dying words are “I plead the blood” and those words haunt Clay to this day.

With this haunting image in his mind and his father dead, Clay is now the man of the house. He’s balancing school, a social life, helping his Mom suffering from severe depression, his sister who’s choosing to run with the wrong crowd and his younger sister who just wants to see him do his best in life. On top of all that, Clay is doing all the farming chores and his main focus is his family’s wheat harvest. He is desperately fighting to finish the last harvest before the onslaught of another brutal winter.

It has now been a year since his father’s death and Clay is hell bent on getting down to the bottom of several mysteries that continue to haunt him in his recurring nightmares. A series of bizarre events begin almost immediately starting with Clay in the combine harvesting the wheat. One day while harvesting, the combine hits something. Clay gets out to find a dead golden calf beneath the blades of combine and then later finding it’s completely gone without a trace. The story escalates immediately and more bizarre events begin happening. The townsfolk continue gossiping about his Dad’s horrible death and there’s talk of Devil worshipers and exorcisms. Clay continues to fight to keep everything together while simultaneously discovering there is an evil dwelling in his hometown far more powerful than he could possibly imagine.

“Right after Dad’s funeral, during one of her spells, Mom told me she thought it was God’s punishment for having so much – being blessed with healthy children, a fruitful farm. But I don’t believe that. Not even God can be that big of an asshole.”

I’m finding myself struggling to write this book review despite absolutely loving everything about this book. I don’t know why that’s the case. At 352-pages, there was a lot going on, but I never felt overwhelmed at all. I’m trying to pinpoint exactly what it was about the book that I loved so much.

First, it’s written from the first-person perspective of Clay Tate. I love, love, love first person narratives. It’s a personal preference, but I like to imagine the protagonist is telling me a story. It feels as though we’re just two old friends catching up over dinner or coffee. I chucks me right into the deep end and I have no choice but to keep swimming. I don’t know if I’d necessarily be hanging out with Clay Tate in my spare time, but I certainly empathized with his situation and what he was going through. That makes the story that much more believable and the first person narrative helps with that, in my opinion.

Secondly, let’s face it. Despite it being classified as a YA book, the book has everything, and I do mean everything. horror, gore, exorcisms, the Devil, a crazy ass story line, family issues, complex characters, and the writing style which I thoroughly enjoyed. Even though it’s a YA book, in my opinion, I’d say that it falls at the older end of the teen spectrum. There are a lot of very adult situations not to mention the horror aspect which seemed more suited and applicable to a 16/17-year old reading experience than that of a 12/13-year old, again, in my opinion. I’m not a parent so if you wanna hand it off to Lil’ Timmy after he finishes his 5th grade science homework, be my guest. Given how awesome this story line was and how deep it was, I’m surprised to see that it was actually classified and marketed as a YA book. That did not deter me from reading it. In fact, I purposely sought out this book as one of my November reads and am so glad I did!

Next, speaking of November reads, check out the beautiful cover art of this book! Doesn’t this just look like November? …of course, it does! I’ve never farmed a thing in my life, but after living in the Midwest for several years, I know November means crops. I have the utmost respect for farmers because I love eating and it wouldn’t be possible without all their hard work, but that’s a whole other blog post. I wanted a November-kinda book and after scouring #bookstagram for several days, this seemed like the perfect title. This is where you nod in agreement, dammit.

“People call this God’s country, but you can’t have God without the Devil.”

I checked out Amazon and Goodreads reviews like I typically do and was surprised to see the number of negative reviews for it. Some people simply said it wasn’t their cup ‘o tea. Some said they didn’t like horror. A lot of them seemed to advise there were too many religious references. meh. There’s exorcisms and the Devil. And you can’t have the Devil without God and vice-versa. You’re right. There are a lot of religious overtones, but you need to take into consideration the location of the book and where this story takes place. It’s a small town in Oklahoma so yeah, there’s going to be some religious references. I was not bothered by it in the least and I did not think it was over the top. I don’t think anything was crammed down my throat nor do I feel any of it was excessive. All of it was pertinent to the story at hand.

I’ll wrap up before you guys fall asleep on me. I don’t use spoilers in my reviews, but there were several twists, turns and the ending was amazzzzzzzing! I am hoping the brief synopsis that I wrote will win you over to give this one a shot. I don’t know why more people aren’t talking about THE LAST HARVEST. I really, really enjoyed this one! I plowed through it in just a few days. Any of you who are independently wealthy or doing nothing at home but reading books and living off your great Uncle’s inheritance could probably finish it in a couple of days. It’s, like, The Exorcist meets The Waltons. That’s a fucked up analogy, but so is this book and as a book reviewer, that’s the highest compliment I can possibly pay to the author of a horror novel. It was an awesome 5-star story for me and one that stayed with me after I finished reading it each night. Happy Last Harvest, everyone!