Beyond a Reasonable Stout by Ellie Alexander : Book Review by Kim 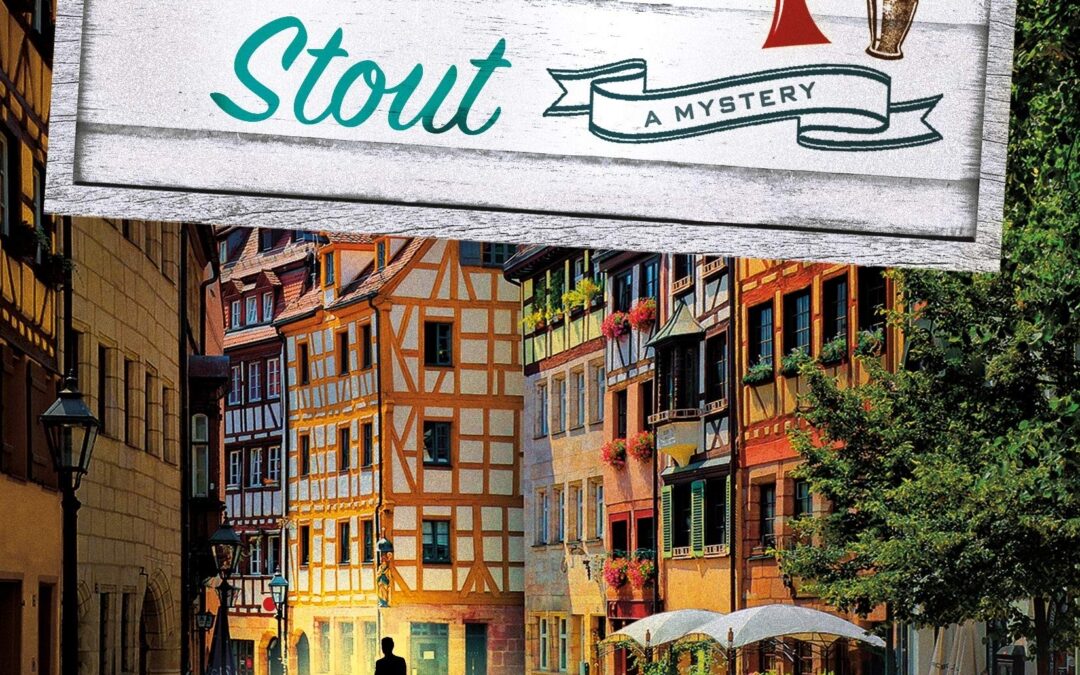 “It’s the dead season in Leavenworth, Washington. The throngs of Oktoberfest crowds have headed home, and the charming Bavarian streets are quiet and calm—momentarily. Villagers use the reprieve to drink in the crisp fall mountain air and prepare for the upcoming winter light festival. Soon the German-inspired shops and restaurants will be aglow with thousands of twinkling lights. Visitors will return to the northern Cascades to drink warm mulled cider and peruse the holiday markets. Brewer, Sloan Krause and her partner in crime Garrett Strong are using the slowdown to stock up on a new line of their signature craft beers at Nitro. They’re experimenting with a hoppy holiday pine and a chocolate hazelnut stout. The small brewery is alive with delicious scents and bubbling batches of brew.

Sloan is in her element. She loves the creativity and low key atmosphere at Nitro. Only that is soon threatened by the incumbent city council member Kristopher Cooper. Kristopher is running for re-election on a platform of making Leavenworth dry. Everyone in beertopia is fuming. Leavenworth’s economy relies on keeping the kegs flowing. Kristopher wants to banish beer, a policy that might just bankrupt the entire village. However, Kristopher turns up dead days before election night. Sloan quickly realizes that his murder isn’t the work of a stranger. Friends, family, and every other business owner had a motive to kill him, including none other than April Ablin, Leavenworth’s self-described ambassador of all things German. Sloan finds herself defending April and trying to sleuth out a killer amongst a group of familiar faces.” – Amazon

Beyond a Reasonable Stout is book three in the Sloan Krause Mystery series, and the first book I’ve read by Ellie Alexander. I was blown away by her details of the German inspired village that this series takes place in. Alexander seamlessly combines architectural details with historical information. I found it fascinating and would continue the series just to read more details.

Alexander also incorporates brewing beer perfectly into the book. I never got pulled out of the story when she described the process or history of beer making. And since we make wine (from kits) I found it interesting how the two processes are similar, and I read a few tips that we may incorporate into our wines.

Besides her great details and history for the village and beer brewing, Alexander writes characters that are very developed. April had me cringing and laughing and Kristopher had me wanting to stab him myself! I enjoyed how the chief wasn’t hostile towards Sloan, knowing that she would be throwing herself into the investigation, even though Sloan kept trying to stay out of it. In fact, the police even gave Sloan a wink or three of encouragement.

I had the killer figured out early on, just because of a strange incident that stood out to me. But I did not know their motive. But Alexander does a great job giving you various suspects to keep you guessing. And the way Beyond a Reasonable Stout has another (I’m thinking huge) mystery to figure out in the next book or two will really draw the reader back for more!

A fantastic series in the cozy mystery genre. If you want to start the Sloan Krause Mysteries from the beginning, you’ll want to get Death on Tap.