Off by A.C. McDowell : Book Review by Scott 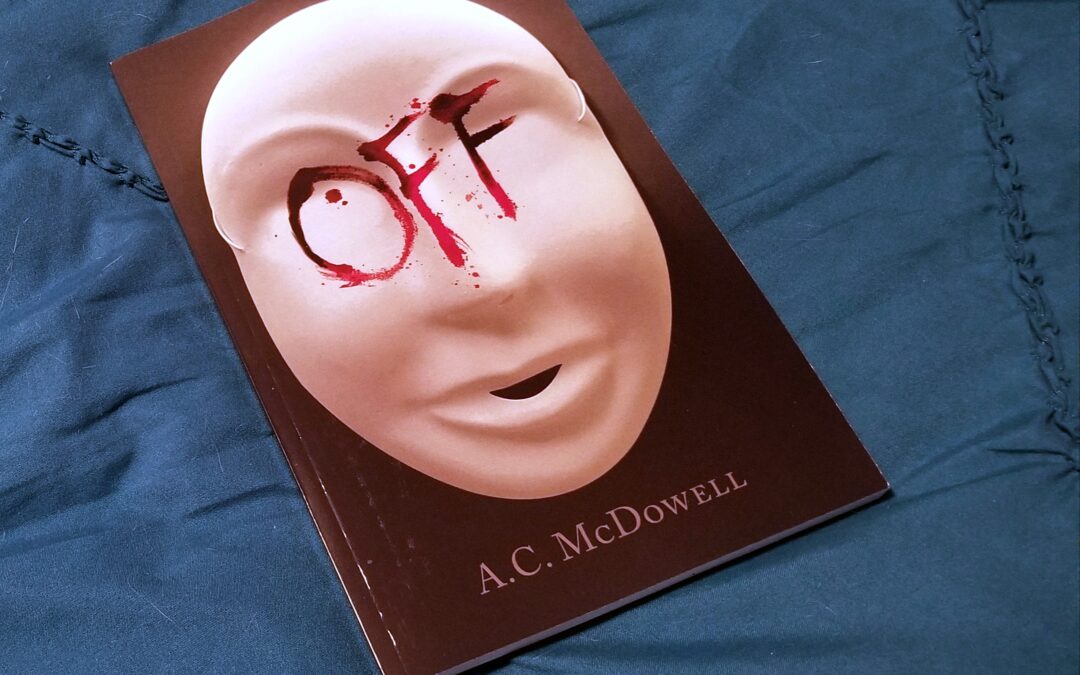 “Rule one, don’t think about hurting people. Rule two, don’t think about killing people. Rule three, killing is bad. All the man ever wanted was an ordinary life. He had even given himself a normal name, found a normal home in a nice, quiet place, and a job at the local Shop Smart. But when the man’s friend goes missing, he must return to unconventional methods to get her back.” – Amazon

David is a seemingly normal guy. He works at a grocery store. He’s got an apartment. He has demons like most of us and he spends his days struggling to keep those demons asleep. He does his best to smile genuinely. He speaks when spoken to. The problem is that all those pesky demons want to come out and play.

I began reading this book and two fictional characters immediately popped into my mind: Dexter Morgan played by Michael C. Hall of the popular original Showtime series called “Dexter” and John Wick, the silent assassin in the popular films titled “John Wick”, “John Wick 2” and “John Wick 3” played by Keanu Reeves. Why did these two fictional characters pop into my mind while reading OFF? I’m about to tell you! Be patient, dammit!

David is an odd-duck. There’s no doubt about that. His favorite past-time includes watching Amy, a stripper at one of the local clubs. David as taken it upon him to watch Amy whenever he so chooses due to the number of cameras he has strategically placed all over her apartment. He enjoys getting home from work, turning on a couple of monitors and watching Amy go through her daily routines. He studies her. He watches her. He envisions her [willingly] wanting to be a part of his life. He imagines being in a relationship with her, but for now, his voyeuristic fantasies will have to do. He discovers one day after turning on the monitors that Amy isn’t on camera. She’s not on any of the cameras. He knows her own routine better than she does and he knows this isn’t normal. He heads down to the strip club where Amy works. He begins his interrogations and that’s when he can’t contain his demons any longer.

“People make a lot of unnecessary noise. I’ve come to realize that some people just like to hear themselves talk.”

This little novella had a lot of story packed into it. I was actually a little bummed out it came to an end almost as quickly as I started it. I had no problems at all reading this in one sitting. I wanted to savor it and enjoy it, but nope. I couldn’t do it. I wanted to read all about David going apeshit on someone. This is A.C. McDowell’s first published book and I thoroughly enjoyed every bit of it! There aren’t many characters to keep track of which makes the story very simple, but terribly effective. If you’ve ever watched “Dexter”, it’s very easy to begin rooting for him as the anti-hero despite the evil that he does. I had similar feelings while reading OFF which had me enjoying it even more.

As I do with some of my reviews, I looked at other reviews on Amazon and Goodreads. Fortunately, the book did very, very well receiving a substantial amount of 4 and 5-star reviews. The readers who opted to give it just 1-star did so because they felt like there were too many unanswered questions. I beg to differ. It’s a novella. I don’t need to know every meticulous detail on how David placed cameras all over Amy’s apartment, when he did it, what day he did it, how he did it, the type of equipment used, etc, etc. The fact of the matter is the cameras are there. Does it really matter for the sake of the storyline how he rigged up this voyeuristic system? I really don’t think it does, but to each their own. I personally just sort of roll with the punches and these kind of details that have been planted by the author, especially when we’re talking about a novella that’s barely 100-pages in length.

I’m going to go with majority rules here and give this one a solid 5-star review. Great character development. Awesome, intuitive writing. Great storyline that maybe did seem a little cliche at times, but so what. It was $5 and after a shitty week at work last week, I was completely entertained from start to finish. I was allowed to escape and isn’t that what a good book is supposed to do? I was thinking after finishing this book that it would make a great mini-series on Netflix, in my opinion. I know I’d watch it. If you’re looking for a crazy fast-paced, action-packed, blood-soaked, murder extravaganza, look no further fellow bookish peeps! Add this one to your TBR list and be done with it!