The Silent Patient by Alex Michaelides : Book Review by Kim 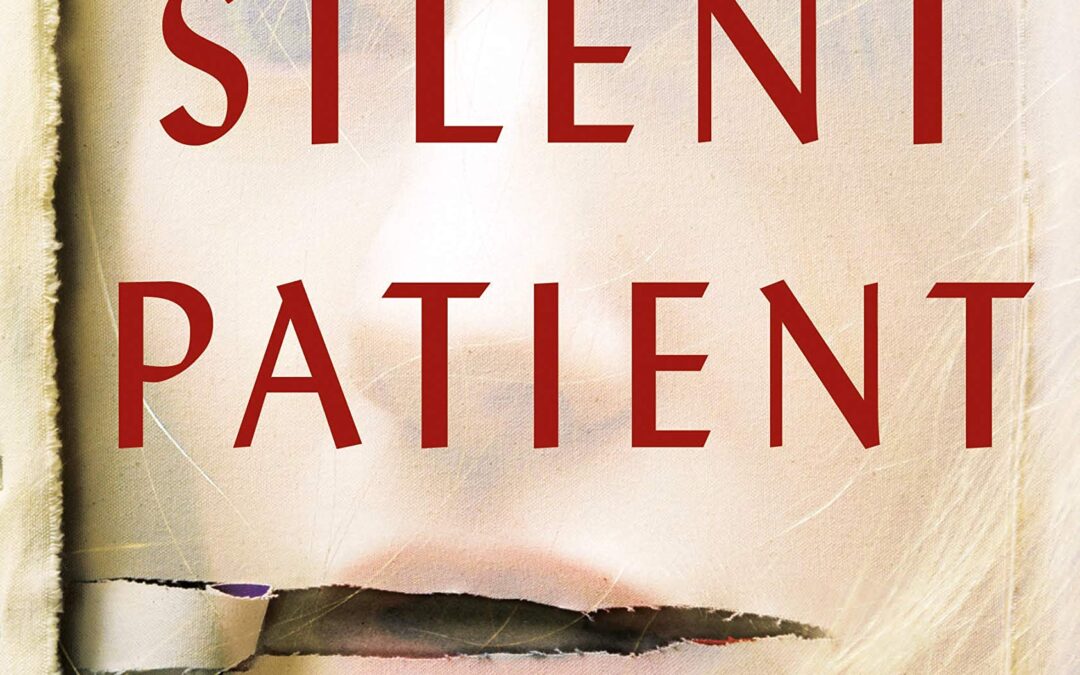 “Alicia Berenson’s life is seemingly perfect. A famous painter married to an in-demand fashion photographer, she lives in a grand house with big windows overlooking a park in one of London’s most desirable areas. One evening her husband Gabriel returns home late from a fashion shoot, and Alicia shoots him five times in the face, and then never speaks another word.
_ _
Alicia’s refusal to talk, or give any kind of explanation, turns a domestic tragedy into something far grander, a mystery that captures the public imagination and casts Alicia into notoriety. The price of her art skyrockets, and she, the silent patient, is hidden away from the tabloids and spotlight at the Grove, a secure forensic unit in North London.

Theo Faber is a criminal psychotherapist who has waited a long time for the opportunity to work with Alicia. His determination to get her to talk and unravel the mystery of why she shot her husband takes him down a twisting path into his own motivations—a search for the truth that threatens to consume him….” – Amazon

My podcast partner for Books Don’t Review Themselves, Jessica, has been raving about The Silent Patient for a few months now, and it was on my TBR pile, so I decided it was time to finally read it. I can see why Jessica kept talking about The Silent Patient. I kept turning the pages in anticipation of what was going to happen next, and that ending!

Besides the ending, which I did not see coming, the rest of the book is interesting too. Especially its view of mental health and the gaslighting of women. I love that we’re in an era now where people are talking about these subjects openly. I hope that by being able to open up about these subjects people will be able to get more help.

The story moves quickly. It isn’t like a Jack Reacher novel where the action is continual, but there were always things happening in the book. The other part that I really enjoyed about The Silent Patient, besides the phenomenal ending, was the mystery. I became captivated quickly wondering why Alicia wouldn’t talk and why Theo became so interested in her. Then you have Theo visiting various people in Alicia’s past trying to find out more about her. The bits and pieces you get of abuses done to Alicia made the story more interesting and infuriating.

All of the people used Alicia in one way or another, and I can totally see why she snapped and doesn’t want to talk to anyone, to just quietly disappear so no one can hurt her. Some people didn’t want to talk to Theo at all and others did, until he started asking more probing questions. Then they would get mad and this just presented more suspects and possibilities as to what really happened the night Alicia’s husband died. This enhanced the mystery even more for me. I would think the murder and Alicia not talking happened for a certain reason or a particular person played a part in the death, and then begin to change my mind a few chapters later. To me, that makes for a good Thriller.