The Death House by Sarah Pinborough : Book Review by Scott 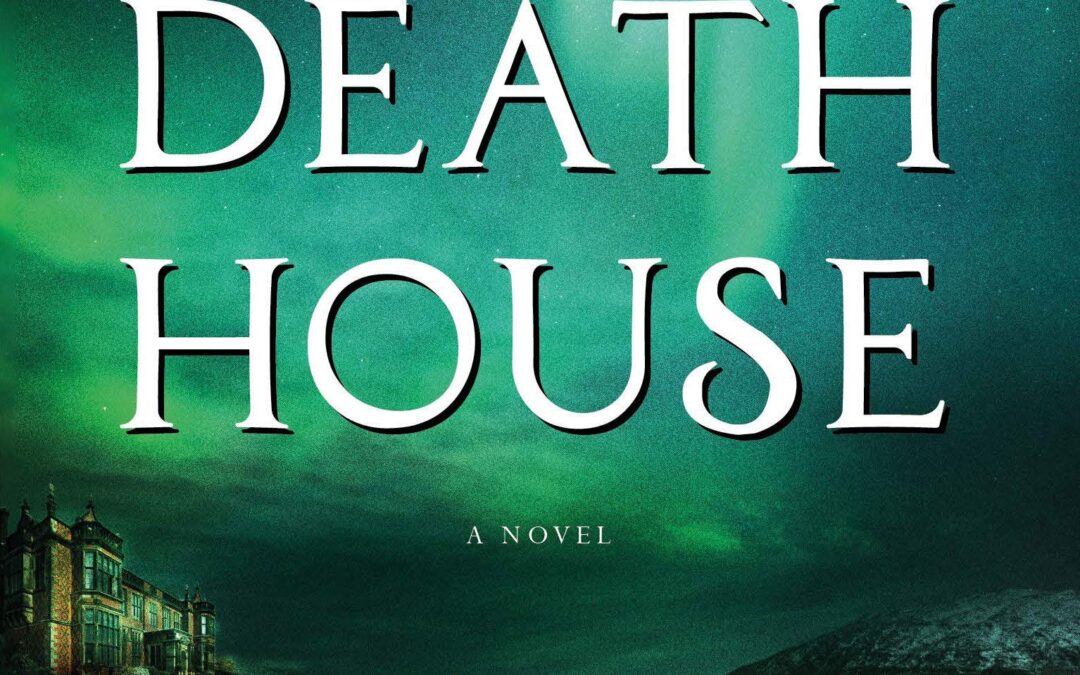 “Toby’s life was perfectly normal… until it was unravelled by something as simple as a blood test. _
_ _
Taken from his family, Toby now lives in the Death House; an out-of-time existence far from the modern world, where he, and the others who live there, are studied by Matron and her team of nurses. They’re looking for any sign of sickness. Any sign of their wards changing. Any sign that it’s time to take them to the sanatorium.
_ _
No one returns from the sanatorium.
_ _
Living in his memories of the past, Toby spends his days fighting his fear. But then a new arrival in the house shatters the fragile peace, and everything changes.
_ _
_Because everybody dies. It’s how you choose to live that counts.” – Amazon

THE DEATH HOUSE is a residence in the near future where defective children are cared for and monitored. The defective gene in these children are discovered after a simple blood test before the child turns 18 years of age. We aren’t given much information as to what exactly happens with the child being defective except that they are taken away from their parents and their normal lives to live out the rest of their days at THE DEATH HOUSE. When the child begins to fall more ill, a couple of nurses come in the middle of the night and the child is taken away to the top floor of the house known as the sanatorium. Again, we don’t know much about the sanatorium except that it’s a place you don’t want to end up.

Toby, and several other teenagers and younger children reside at the house. Every so often a van of new defective children will arrive and make their way to THE DEATH HOUSE to live out their remaining days. Clara arrives and she and Toby form a fast friendship. It eventually turns into a relationship of young love where they make a pact to escape from THE DEATH HOUSE before they’re both wheeled up to the sanatorium.

I really liked this story. I’m not so sure I loved it, but I enjoyed it. If you’re a fan of YA, you would probably love it more. It really, really, really focused on Toby and Clara to the point where it was a young romance novel. Despite that, I felt for these characters and the unknowns they faced together. My main gripe with the book was that at times it almost entirely focused on Toby and Clara. I purchased this book because the synopsis sounded awesome and the word “death” is in the title. I thought it would be more of a psychological thriller turned grotesque horror book, but alas, it just didn’t work out in my favor. That’s not to say I didn’t like the book because I did. It’s nothing against the book at all. I just hoped it would morph into a different story than it did.

“Angels of death who only appear in the night to collect sleeping sick children. Sometimes I think of the sanatorium as some awful creature that feeds on us. In some ways, that’s preferable to the empty unknown.”

I’m also going to give you a few words of warning… if you need solid consistent answers with no empty gaps, this book isn’t for you. The bulk of the negative reviews that I read online seemed to hone in on the fact that there are little to no answers on any of the major pressing questions. And they’re right. There isn’t. I read this with a very open mind and tried to push those ideas out of my brain. We don’t know why or how these children are defective. What does that even mean? Are they going to collapse without warning? Is the planet in danger? Are they going to turn into a zombie when they die? What is the sanatorium? What are they doing to these kids on the top floor of this house? How is this place forcing innocent children out of the arms of their parents? Is the government involved? …we don’t get the answers to any of these questions.

I thought about this for a long time and maybe I was in a very giving mood when I read this book. Short holiday work weeks and maybe I was in a better frame of mind than I would have been, otherwise. You can read this book, enjoy the beginning, the middle and the end and not worry about needing the answers to those questions. The fact that we don’t have much background information on the defective gene these children are carrying is more or less a moot point. It’s not necessary information to the outcome of the book to us as readers. You’re right. Having all of this information would be awesome, but then, the book would have to be, like, a jillion pages long instead of 320. I really did my best to keep that in perspective before I completely roasted it in a book review. Like I said, it may have been the short holiday work weeks leading up to this review.

This was the last book I read in 2019. I’d recommend it to those who are fans of the YA genre. If you’re in a newfound relationship and hold hands with your significant other on the way to Algebra class – this would be a good one for you. As I mentioned previously, if you crave in-depth answers to every pressing question when you read a book, I’d steer clear of this one. All in all, I gave this one 4-stars. The story was unique, the writing was enjoyable and it helped me escape from the hustle and bustle of the holiday season for a bit.

I wish all of you the best in 2020. Thanks for reading my reviews and thanks for all the feedback. I hope I’ve helped grow your TBR list and wish you many pages of happy reading!