A Killer Carol by Laura Bradford : Book Review by Kim 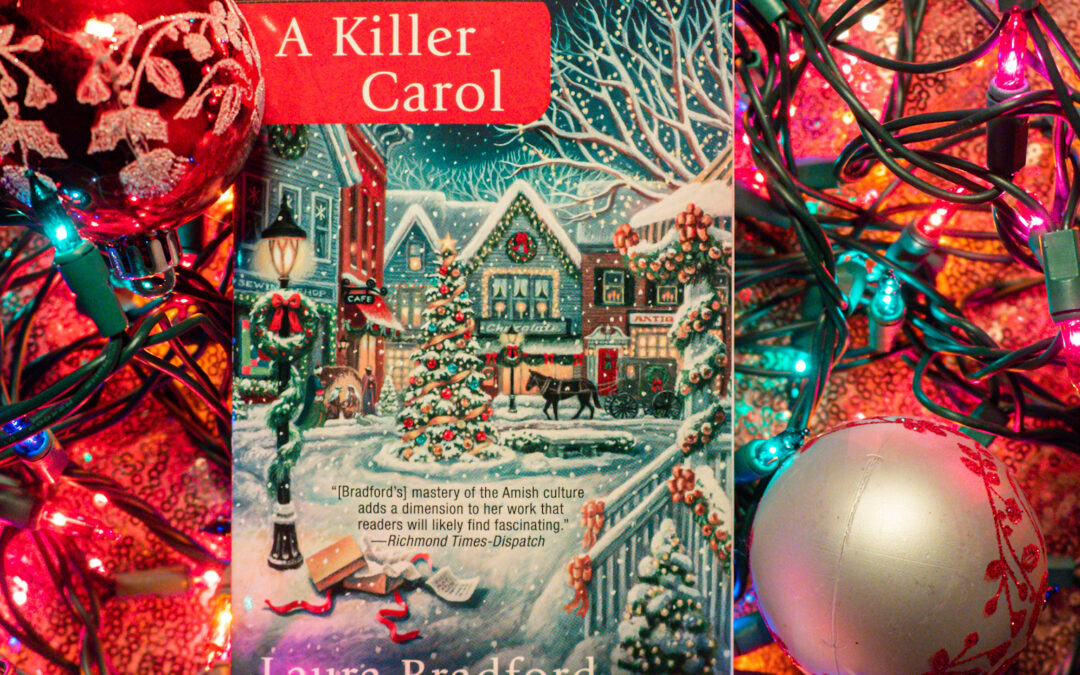 “As the owner of Heavenly Treasures, the local gift shop, Claire is busier than ever helping her English customers (and even a few of her Amish friends, like Esther and Ben) find the perfect gift for the special people on their shopping list.
_ _
Claire makes sure she has time for her boyfriend, Detective Jakob Fisher. But the man, who was raised and then shunned by the Amish over his choice of career, has been unusually secretive lately. She tries not to worry, to trust their relationship, but trying and doing aren’t exactly matching up.
_ _
Before she can figure out what’s going on with Jakob, word comes that Ruth and Samuel Yoder are being questioned in the death of an elderly Amish couple, found murdered not long after the newlyweds were seen leaving the victims’ farm. Ruth, in turn, seeks Claire’s help in convincing the police that she and Samuel had nothing to do with what happened. But when Claire comes across a cryptic note tucked inside the wedding gift the victims had given the newlyweds no more than an hour before their murder, she finds herself in dire need of a little convincing as well.
_ _
Can Claire get to the bottom of things in time to ensure a merry Christmas for all?” – Amazon

This is one of those times when being a book reviewer and keeping your own bias out of the review shows. I enjoy reading about new cultures and customs, so in that regard learning more about the Amish was a great experience. If I were to let my bias set in I would give this book a three because it was way too sweet for me, even in regards to it being a cozy. Even with a murder and people being shunned, everyone was just loving to each other and telling them they are great people and how they are so happy they are in their lives. For me, this much kumbaya should be relegated to Chick Lit or Christian fiction.

But I realize this is how An Amish Mystery series is written, as well as other books featuring the Amish. So I can’t give the book less credit because Laura Bradford still wrote a good novel with great descriptions of the town and wonderful character development.

The reason I’m not giving it five stars is because Claire was driving me crazy with how passive-aggressive she was being with her boyfriend, Jakob. She thinks he’s acting really strange and then later on, that he’s cheating on her. She keeps getting upset and walking away from him, saying she can’t bother him right now because of the case and all the stress he’s under. Come on! Since all the Amish wives are so meek, please have at least the main character, who is not Amish, show a little spunk.

And the mystery started off strong, but once we get a look at the letter, I feel like it gave you the answer right then. Claire kept looking at it wrong, which maybe would make the reader think the same thing. But I really hope they didn’t, especially if they are a fan of cozies.

I can’t see myself reading any more in this series, but I would love to give her other four cozy mysteries series a try to see if the characters have a bit more grit. Bradford’s other series are; the Emergency Dessert Squad Mysteries, the Tobi Tobias Mysteries, the Jenkins and Burns Mysteries, and the Southern Sewing Circle Mysteries.