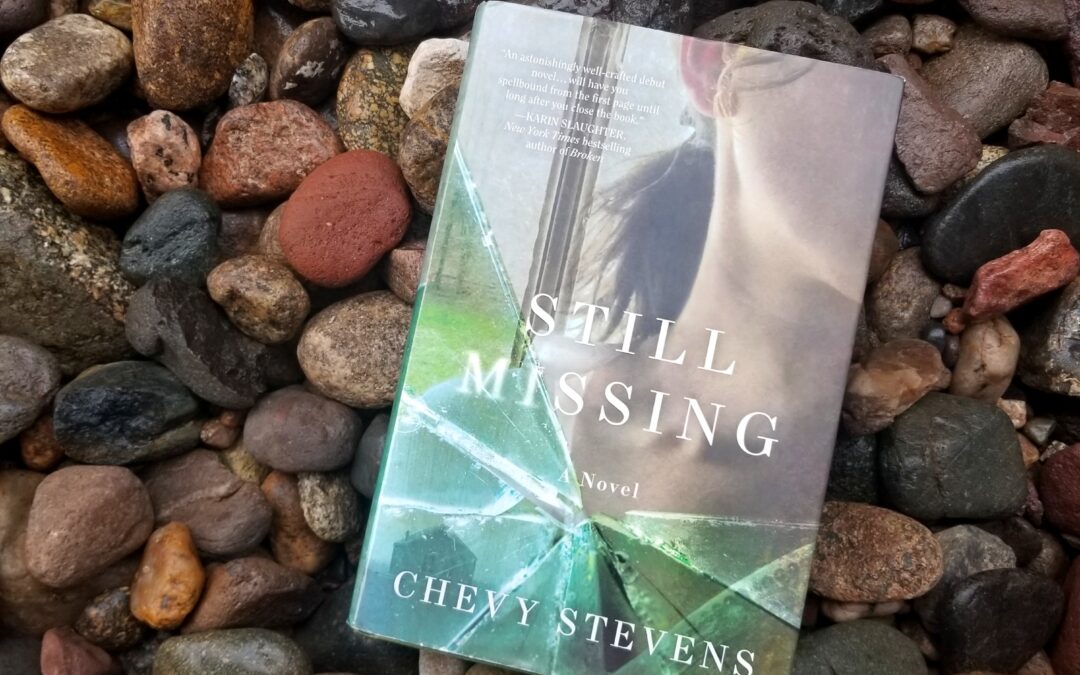 “On the day she was abducted, Annie O’Sullivan, a thirty-two-year-old Realtor, had three goals: sell a house, forget about a recent argument with her mother, and be on time for dinner with her ever-patient boyfriend. The open house is slow, but when her last visitor pulls up in a van as she’s about to leave, Annie thinks it just might be her lucky day after all.
_ _
Interwoven with the story of the year Annie spent captive in a remote mountain cabin—which unfolds through sessions with her psychiatrist—is a second narrative recounting the nightmare that follows her escape: her struggle to piece her shattered life back together, the ongoing police investigation into the identity of her captor, and the disturbing sense that things are far from over.
_ _
The truth doesn’t always set you free.
Still Missing is a shocking, visceral, brutal, and beautifully crafted debut novel about surviving the unsurvivable—and living to bear witness.” – Amazon

Annie is a successful realtor. She’s hosting an open house on a property she wants to sell sooner rather than later. While wrapping up, a last minute client shows up who says all the right things. Annie is hoping this is the individual who helps seal the deal. While showing the client around the property, he thrusts a gun into the small of her back, leads her off the property, down the driveway and into his parked van. He gives her a cocktail of drugs to knock her out and she wakes up in a cabin with her abductor high on a neighboring mountain. This begins Annie’s new life of terror and the unknown. She’s now held captive in a small cabin that has been customized just for her. There’s no way out and nothing for her to utilize for escape. She’s told when to eat, when to drink and what to wear. She’s allowed a handful of bathroom breaks each day. And this is all within the first few pages of the book… YIKES!

“I hated that I was even considering the opinion of a freak. But if somebody is telling you the sky is green, even though you know it’s blue, and they act like the sky is green and they keep saying it’s green day in, day out, like they really believe it, eventually, you could start wondering if maybe you’re nuts for thinking it’s blue.”

This book was unputdownable from start to finish and from beginning to end. I absolutely love stories about abduction. I’m a huge true crime fan. I enjoy most anything being aired on the Investigation Discovery network. Some of my favorite shows include: The First 48, Cold Case Files, Forensic Files and 20/20 Homicide. I can’t think of a more terrifying situation to be in. Being abducted, held against your will and not knowing what the next moment of your life might bring. You’re having to rely on an individual hell bent on making yours a living hell. And THAT’S the magic of STILL MISSING by Chevy Stevens. The terror portrayed on every page and the visceral emotional response that each sentence relayed was truly terrifying.

I loved Annie’s character. Her strong will, her perseverance, her resilience and her quick thinking was believable and had me rooting for her the whole time. I felt so connected to her and sympathized with her situation during the entire length of the whole book. But the book isn’t just about her abduction. Like most of us, Annie had a regular life prior to her abduction She’s got family drama, family issues, best friend drama, relationship issues, etc, etc.

In addition to all of Annie’s problem solving which includes dealing with her life prior to the abduction and more currently, how in the fuck to get off this mountain, out of this cabin, and away from her abductor. The book has an interesting format that I really enjoyed. The start of each chapter focuses on Annie in present day where we [assume] she’s gotten away from her abductor. There’s a paragraph or two at the start of each chapter that describes her in a room with a psychiatrist discussing her story. After those first couple of paragraphs of each chapter, we’re shoved back into a time with Annie recollecting her abduction and her entire account of the ordeal. It’s incredibly realistic and for some reason, this format seemed to resonate with me even more as a reader.

Lots and lots and lots of twists, turns, and of course, the ending will leave you with your jaw on the floor. Needless to say, the enthusiasm for this book I’m portraying in my review is immense. I looked at a few of the less stellar reviews on Amazon and Goodreads. It seems a few of the readers felt the character development was lacking and they also hated the format of the writing which I seemed to enjoy. Guess I can’t really comment on either of those as it’s simply a matter of personal opinion and preference. I thought Annie’s character and the others intertwined in her life were very well-developed. I didn’t find myself wanting to know MORE about anyone, in particular. I felt as though each character’s backstory was more than sufficient to the storyline. As for the writing style, I suppose you either like it or you don’t. I happened to enjoy it and others who gave the book a 1-star review felt it was annoying.

STILL MISSING was an easy 5-star read for me and one I’d recommend. Definitely not a part of the horror genre that I enjoy so much, but an exciting thriller chock-full of suspense, nonetheless. Any true crime or thriller fan would appreciate this one. It was unputdownable and one I thoroughly enjoyed. Highly recommended, bookish peeps!