The 7 1/2 Deaths of Evelyn Hardcastle by Stuart Turton : Book Review by Kim 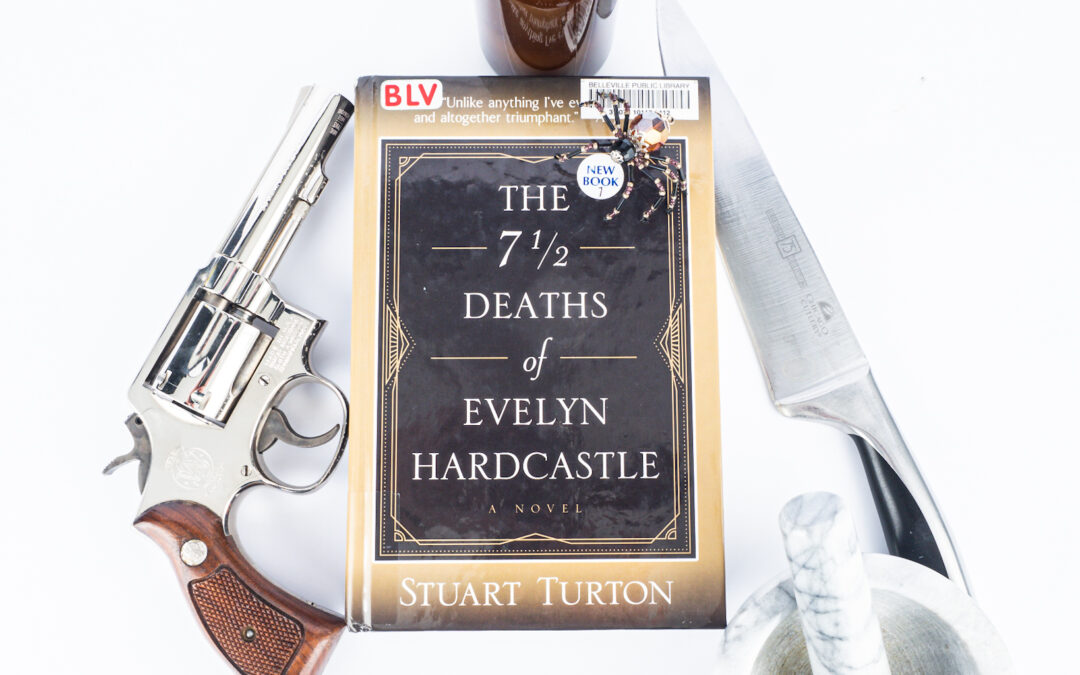 “The Rules of Blackheath
Evelyn Hardcastle will be murdered at 11:00 p.m.
There are eight days, and eight witnesses for you to inhabit.
We will only let you escape once you tell us the name of the killer.
Understood? Then let’s begin…
_***_
Evelyn Hardcastle will die. Every day until Aiden Bishop can identify her killer and break the cycle. But every time the day begins again, Aiden wakes up in the body of a different guest. And some of his hosts are more helpful than others.
For fans of Claire North and Kate Atkinson, The 7½ Deaths of Evelyn Hardcastle is a breathlessly addictive novel that follows one man’s race against time to find a killer— but an astonishing time-turning twist means that nothing and no one are quite what they seem.” – Amazon

What an original story idea. As many have said, a cross between an Agatha Christie mystery and the movie Groundhog Day.

I don’t usually give spoilers in my reviews, and I won’t in this one either, but I feel like it’s hard to talk about a lot of things without giving plot points and twists away, so this might be a really short review.

First of all, if you enjoy mysteries, just go read it.

I was a bit concerned when I saw the invitation at the beginning of the book and all the names, but The 7 ½ Deaths of Evelyn Hardcastle was written so well, I never became confused. This also takes place in the era around Downton Abbey, and while you get some of that era, if you’re not a huge fan (but isn’t everyone?!?) I think you’ll still enjoy this book because it’s not really in your face. In fact, after a bit, I stopped even thinking about what time it was set in.

I really enjoyed how something would show up in one character’s story and then two or three characters later you would see why it had happened. You continued to get mini mysteries throughout the larger mystery. Also, as Aiden became more characters, those character’s traits would stay with him. I thought Stuart Turton did a fabulous job writing how difficult these characteristics could be for Aiden.

The big reveal that is done isn’t quite up to Agatha Christie’s standards, but I still didn’t see it coming. And besides all the small mysteries and the large mystery, you also get ethics and morals incorporated into the story. You can either dwell on these and get your head spinning or you can just read it as a fun mystery.