Statue of Limitations by Kate Collins : Book Review by Kim 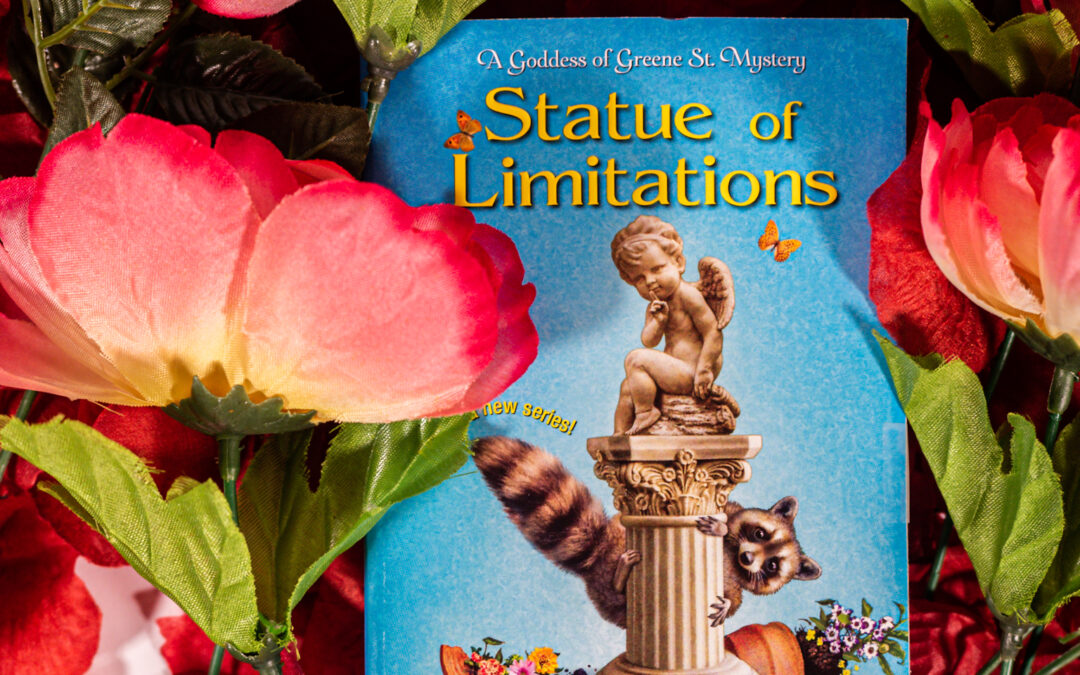 “After her divorce, Athena has returned to coastal Michigan to work in her family’s garden center and raise her son, while also caring for a mischievous wild raccoon and fending off her family’s annoying talent for nagging. Working alone at the garden center one night, Athena is startled by a handsome stranger who claims to be the rightful owner of a valuable statue her grandfather purchased at a recent estate sale.
_ _
But she has even bigger problems on her plate. The powerful Talbot family from whom her pappoús bought the statue is threatening to raze the shops on Greene Street’s “Little Greece” to make way for a condo. The recent death of the family’s patriarch already seemed suspicious, but now it’s clear that a murderer is in their midst. Athena will have to live up to her warrior goddess namesake to protect her family from a killer and save their community from ruin … “ – Amazon

If you enjoyed My Big Fat Greek Wedding, you’ll enjoy the crazy and loving Greek family in this book. For me this is what really made Statue of Limitations a good read. I wanted more of the interaction between the family members and will be looking forward to that in future books in the Goddess of Greene Street Mystery series. And more of Oscar the raccoon too, of course!

As for the mystery itself, I think most people will know right away the bad guys. But since the characters that Kate Collins writes are so developed it’s easy to overlook how easy the mystery was to solve. There were some red herrings to try to make it more difficult to figure out, so maybe you’ll be one who takes a bit longer to see whodunit.

There were a few times when Athena was really ditzy when it came to securing evidence and I wanted to smack her! I know the main characters sometimes have to make mistakes to keep up the drama and tension, but at one point towards the end, I was like, Really?!?

There is a kind of love triangle in Statue of Limitations, and we all know how I feel about those, but by the end of the book it was resolved, and I’m glad she gave one of the men the boot. And I realize why she was dating him, but I don’t know if I could have kept dating him if I was in her place… but that could just be the age difference, besides the cultural differences.

A fun start to a new cozy mystery series, and I’m looking forward to book two in 2021.