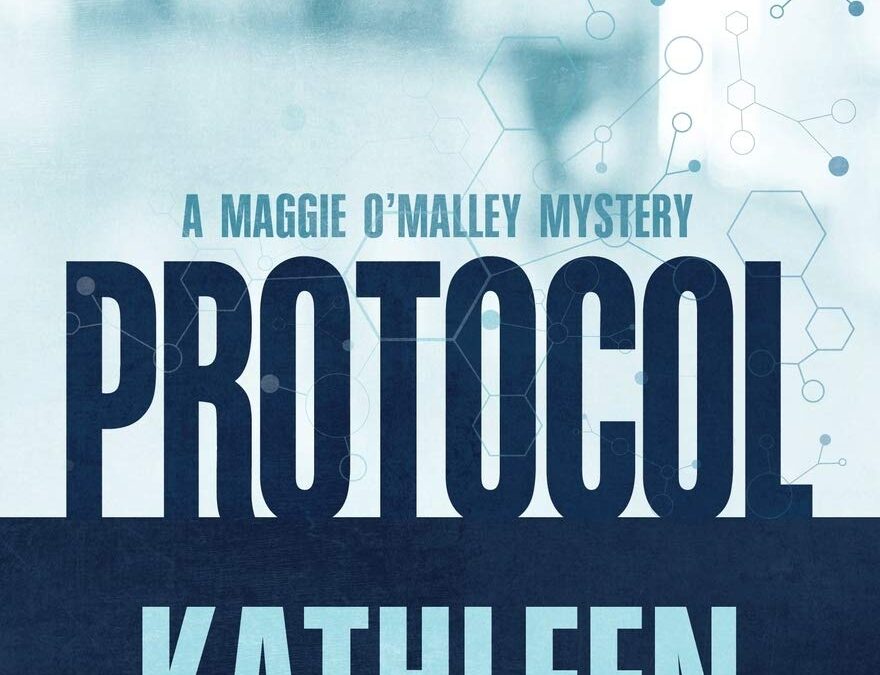 “Freshly minted college graduate Maggie O’Malley embarks on a career fueled by professional ambition and a desire to escape the past. As a pharmaceutical researcher, she’s determined to save lives from the shelter of her lab.
_ _
But on her very first day she’s pulled into a world of uncertainty. Reminders appear on her phone for meetings she’s never scheduled with people she’s never met.
_ _
People who end up dead.
_ _
With help from her best friend, Maggie discovers the victims on her phone are connected to each other and her new employer. She soon unearths a treacherous plot that threatens her mission—and her life.
_ _
Maggie must unlock deadly secrets to stop horrific abuses of power before death comes calling for her.” – Amazon

This one was hard for me to review since I really hate saying negative things about books and authors. It wasn’t that this book was horrible, it was fine, and had some good strengths. But I just couldn’t overlook some things.

The good first! I really liked the premise of the story. People at drug companies doing bad things are not hard to accept since we’ve all seen and read reports about this. And I love when a big, bad company gets taken down by the little guys. John Grisham, anyone?!?

And the science was well written. You could look at it deeper if you understand it or enjoy that type of writing or you could just read it and get on with the rest of the story.

As for the things that I couldn’t overlook it came down to the tech, an intelligent woman not acting it (or not being written as such to somehow progress the story), and blindly trusting a guy you just met over someone you’ve known for years and years.

When it comes to the tech, I had to look at the release date of the book to make sure it wasn’t published in 1997 instead of 2017. Some of the examples; an old id badge that still works (it would have been deactivated, especially in this sort of company), people in high ranking positions not having their computer password protected, files that are restricted just being there for any employee to look at. Either this company is still using protocols from the early 1990’s or something went wrong in the editing process. I could overlook one thing, but all of these, plus more, was just too much.

As for Maggie being an intelligent woman, which I believe she was meant to be, she was constantly contradicting herself. And although in many cozies the main character can be scattered, how else can you read a 250 page book if the sleuth didn’t constantly have questions and change her thoughts, I felt like this was meant to be more of a suspense then cozy, especially with the swearing and graphic crime scenes. I think if it was more of a cozy or more of a suspense, instead of something in between, I would have enjoyed it.

And finally, the whole trust factor between a guy she just met and a guy she’s known for years and has done nothing but be by her side… I just can’t. I realize the reason why, but to me that was sloppy storytelling.

With so many books and series out there, I don’t think I’ll be continuing the Maggie O’Malley Mysteries.