In the Study with the Wrench by Diana Peterfreund : Book Review by Kim 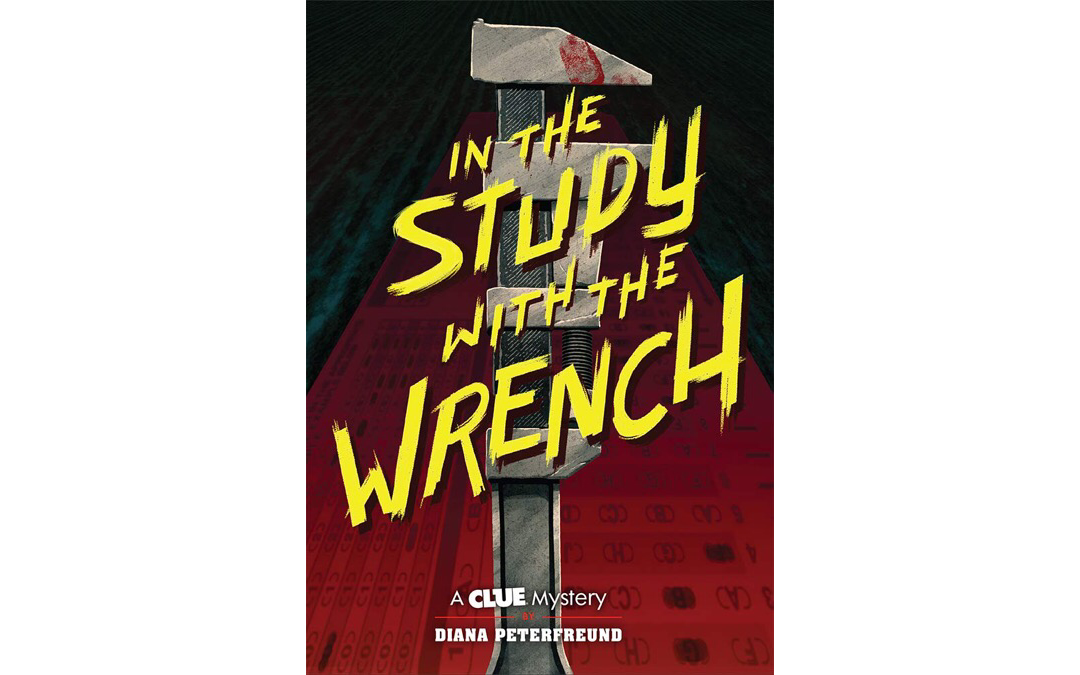 _“In the aftermath of Headmaster Boddy’s murder, Blackbrook Academy has been thrown into complete disarray. Half the student body hasn’t bothered to return to campus—but those who have include Orchid, Vaughn, Scarlett, Peacock, Plum, and Mustard, now warily referred to by the other students as the Murder Crew. _

_When another staff member is found dead and an anonymous threat begins to target the group, each of the teen’s opportunistic reasons for sticking around come to light. Orchid’s identity comes under question while Vaughn’s family life takes a turn; Finn and Mustard grow closer; and Scarlett and Beth struggle to turn over new leaves. _

All of this comes to a dramatic head at Tudor House, with a cliff-hanger that will leave readers eager for the final installment in the series.” – Amazon

Ugh! I did not want to write this review because I enjoyed In the Hall with the Knife so much.
I love the board game, I love the movie, and I love the first book in the Clue Mystery series so I wanted to love In the Study with the Wrench by Diana Peterfreund. It was fine and if you enjoyed the first book in the trilogy you should read this one, but I didn’t feel as if it advanced the story much and it actually had me become uninterested in some of the characters. Even with that said and with what else I’ll write in the review, I know I’m still going to read book three because I want to find out how the story ends.

In the Study with the Wrench kept rehashing what happened in the first book. And I don’t mean it quickly caught up the people who didn’t read the first one. It kept repeating the same events over and over. And those nods to the movie that were in the first book just weren’t there in this one… and that’s one of the things that I really enjoyed and had me feeling like Peterfreund was a huge fangirl. I wasn’t feeling any fangirl love in this book.

As far as the characters go, many of them didn’t have the same chutzpah as they did in the previous book. I enjoy strong female characters as Scarlett and Peacock had been, but in this book Scarlett was a neurotic mess and Peacock was so naive. This was the complete opposite as to what they were before. And I know characters grow but I felt that they were regressing. And Plum who seemed intelligent was now just bumbling around trying to find his experiment and not using his wits. I did enjoy the way his new relationship is going though. We do learn more about Mustard which is appreciated, and Green, well, it’s just more of the same.

Peterfreund leaves us with a cliffhanger and we still need to find out the truth behind the glue and a couple of other things so here’s hoping book three redeems the series!