The Dilemma by B.A. Paris : Book Review by Kim 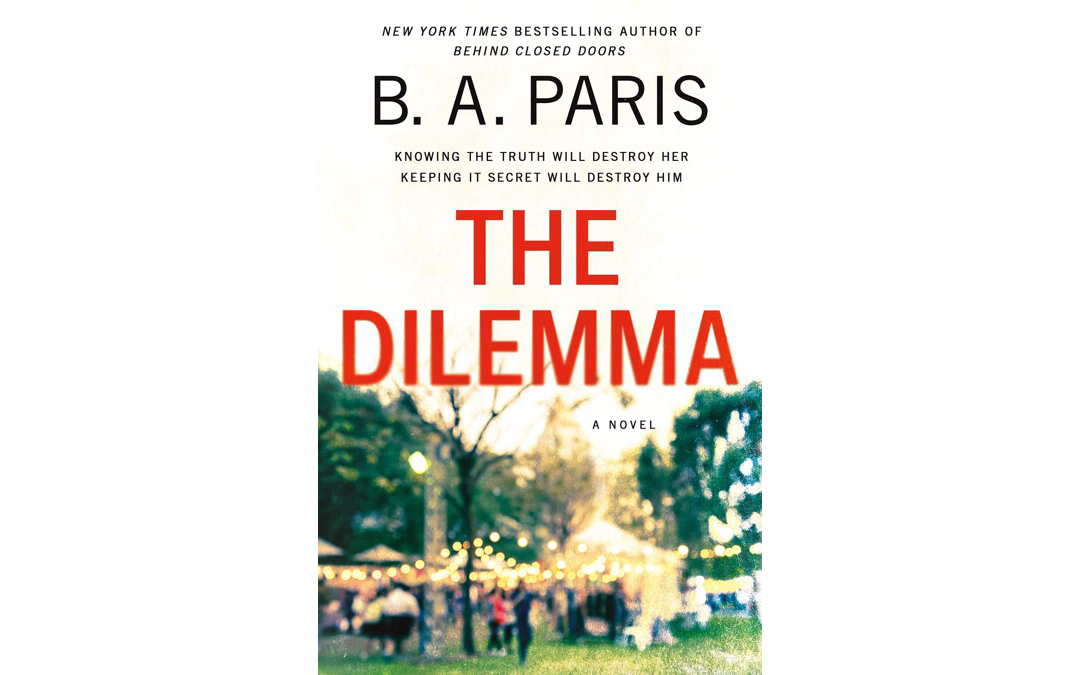 “It’s Livia’s 40th birthday, and her husband Adam is throwing her the party of a lifetime to make up for the wedding they never had. Everyone she loves will be there, except her daughter Marnie, who’s studying abroad. But Livia is secretly glad Marnie won’t be there.
_ _
Livia has recently uncovered a secret about their daughter which, if revealed, will shake the foundation of their family to its core. She needs to tell Adam, but she’s waiting until the party is over so they can have this last happy time together.
_ _
Adam, meanwhile, has his own surprise for Livia: he’s arranged for Marnie to secretly fly back for the party. But before Marnie arrives, Adam hears some terrible news. Now he too is faced with a dilemma: Does he share what he’s learned with his wife? Is hiding the truth the same as telling a lie? And how far are Adam and Livia willing to go to protect the ones they love—and give each other a last few hours of happiness?” – Amazon

Most of The Dilemma by B.A. Paris is told in about a 24 hour time span, alternating between Livia’s and Adam’s point of view and including flashbacks to give more context. They are both keeping a secret hoping to keep the other from experiencing the complete ruin they know is to come. One is keeping it in order to give their spouse a few last hours of happiness, the other to realize a dream they’ve had for years. Some people may side with both of them and their decisions. While I think both of them should have said something right away, I’m completely siding with Adam. If you’ve read the book, I would love to hear if you thought either of them were doing the right thing.

Paris kept the suspense up and the exposing of new secrets like a pro. There was a bit in the middle with Adam and his thought process that I found very repetitive and wished more of it had been cut out during editing, mainly to keep the story flowing even faster. When I did finally find out the outcome, it wasn’t a surprise, but it was still moving. I was hoping it would go a different way and was looking forward to seeing if Paris could throw in another big twist.

A very interesting look at family and friend drama and the secrets people keep while trying to protect themselves even when they are saying they are completely doing it for someone else.