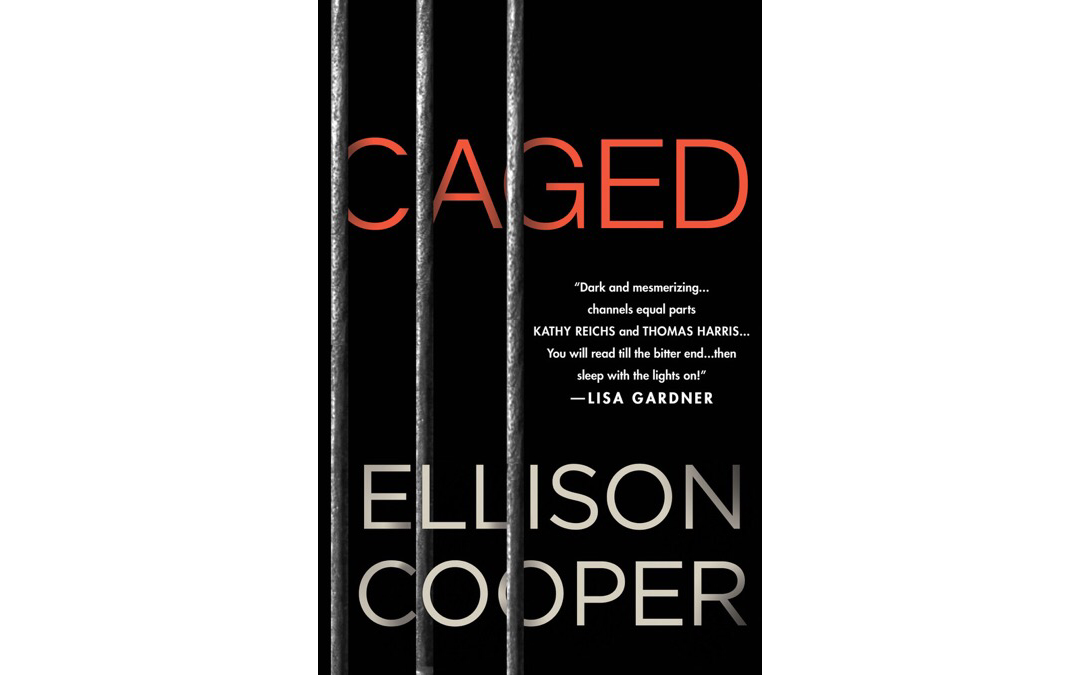 “FBI neuroscientist Sayer Altair hunts for evil in the deepest recesses of the human mind. Still reeling from the death of her fiancé, she wants nothing more than to focus on her research into the brains of serial killers. But when the Washington D.C. police stumble upon a gruesome murder scene involving a girl who was slowly starved to death while held captive in a cage, Sayer is called in to lead the investigation. When the victim is identified as the daughter of a high profile senator, Sayer is thrust into the spotlight.
_ _
As public pressure mounts, she discovers that another girl has been taken and is teetering on the brink of death. With evidence unraveling around her, Sayer races to save the second victim but soon realizes that they are hunting a killer with a dangerous obsession…a killer who is closer than she thought.” – Amazon

I’ve been looking for a good police procedural series for a bit now and with Caged by Ellison Cooper, I think I may have found it. I’ll know for sure after I read the second book in the Agent Sayer Altair series, Buried, if this one being so good was a fluke or not!

Caged was a fast paced serial killer thriller filled with great character development and a multi-level puzzle that had me guessing until towards the end. Cooper mentioned one clue that I thought was too big to overlook and it was at that point I was pretty sure I knew who was the killer. I really enjoyed how the clues and twists were laid out so evenly in the book and not everything being rushed at the end.

Sayer has some quirks to her which made her character even better; riding a motorcycle with a sidecar (so she can transport dogs and grandmas when need be!) and she was able to keep her emotions together… until she wasn’t, just like most of us. This made Sayer feel even more real to me. I also enjoyed how laid back her partner was and I can’t wait to get to know even more about her neighbor, Tino.

If you do read Caged and enjoy it as much as I did, you may want to try the Archie Sheridan and Gretchen Lowell series by Chelsea Cain… one I always love to recommend… and it seems I might be recommending the Agent Sayer Altair series all the time now too.