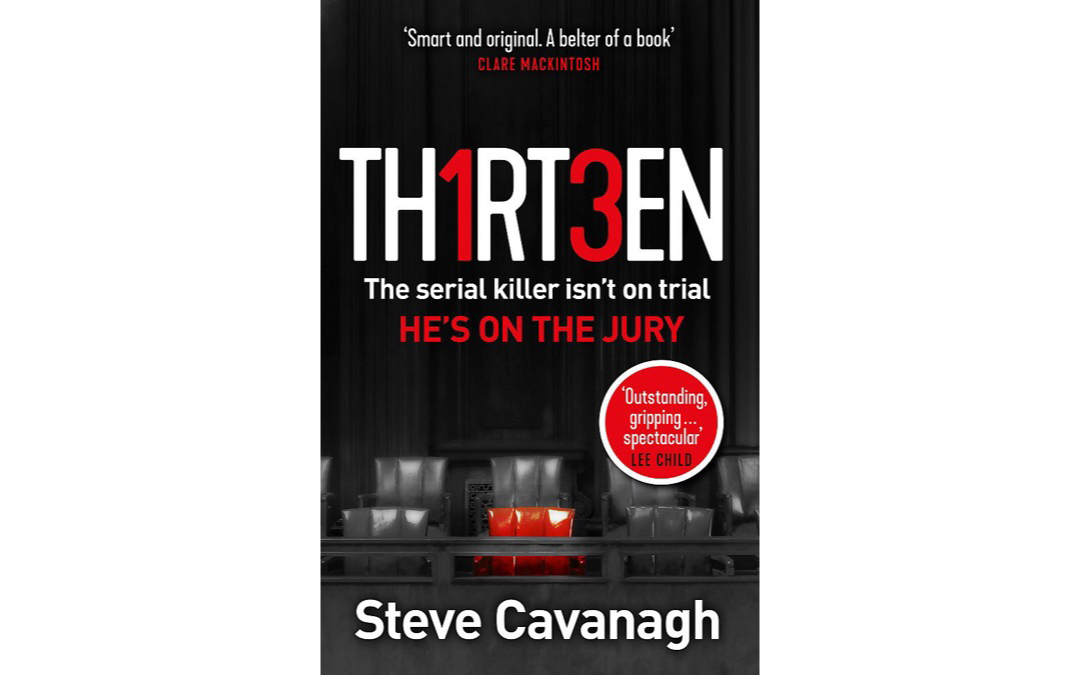 “It’s the murder trial of the century. And Joshua Kane has killed to get the best seat in the house – and to be sure the wrong man goes down for the crime. Because this time, the killer isn’t on trial. He’s on the jury.
_ _
But there’s someone on his tail. Former-conman-turned-criminal-defense-attorney Eddie Flynn doesn’t believe that his movie-star client killed two people. He suspects that the real killer is closer than they think – but who would guess just how close?” – Amazon

When I read the premise of Thirteen, I was instantly intrigued, and Steve Cavanagh does a fantastic job with keeping the drama and suspense turned up in Thirteen, the fourth edition to the Eddie Flynn series. I haven’t read the others in the series, but if they are as good as Thirteen then I definitely will.

Cavanagh alternates the telling of the story between Flynn and the killer, Joshua Kane. Cavanagh doesn’t hold back with the descriptions of how twisted Kane’s mind and killings are, which is something that a lot of courtroom dramas shy away from.

There were a couple of things that I rolled my eyes at because it was a bit too far fetched, but it was needed to keep the story going. The biggest thing was when the jury specialist was going to tell Flynn something that disturbed him about one of the jurors, but Flynn just had to be elsewhere. Right. That. Minute. It would have taken the specialist two seconds to say the name, but if he had then what happened later couldn’t have happened. It wasn’t that big of a deal, but it was obviously something that stuck with me.
Another thing that stood out was the way Flynn handled the relationship with his wife at the end. It just seemed forced/strange/something else I can’t put my finger on, but perhaps if I had read the previous books it would have flowed better for me.

Even with those sticking points, I still say you should read this book, especially if you like courtroom dramas or serial killers. And you may not even notice what I mentioned previously!