The Empire’s Ghost by Isabelle Steiger : Book Review by Kim 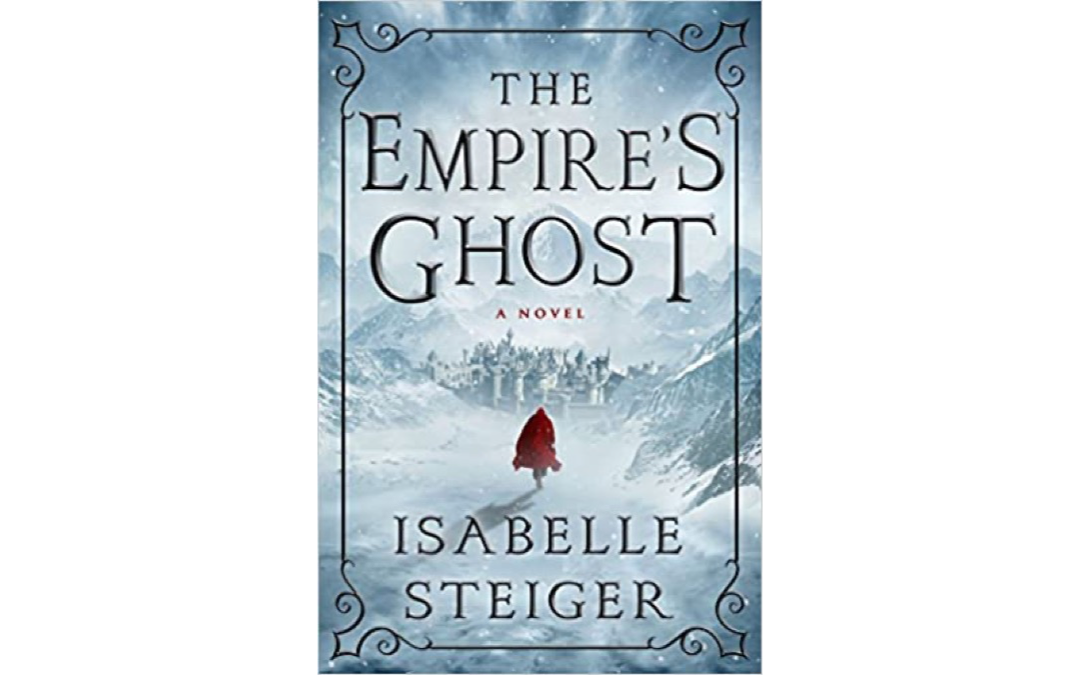 “The empire of Elesthene once spanned a continent, but its rise heralded the death of magic. It tore itself apart from within, leaving behind a patchwork of kingdoms struggling to rebuild.
_ _
But when a new dictator, the ambitious and enigmatic Imperator Elgar, seizes power in the old capital and seeks to recreate the lost empire anew, the other kingdoms have little hope of stopping him. Prince Kelken of Reglay finds himself at odds with his father at his country’s darkest hour; the marquise of Esthrades is unmatched in politics and strategy, but she sits at a staggering military disadvantage. And Issamira, the most powerful of the free countries, has shut itself off from the conflict, thrown into confusion by the disappearance of its crown prince and the ensuing struggle for succession.
_ _
Everything seems aligned in Elgar’s favor, but when he presses a band of insignificant but skilled alley-dwellers into his service for a mission of the greatest secrecy, they find an unexpected opportunity to alter the balance of power in the war. Through their actions and those of the remaining royals, they may uncover not just a way to defeat Elgar, but also a deeper truth about their world’s lost history.” – Amazon

Wow! Just… Wow. If you enjoy epic fantasy go get yourself a copy of The Empire’s Ghost by Isabelle Steiger and make sure to pre-order book two, The Rightful Queen, which comes out on July 21, 2020.

It’s been awhile since I’ve read an epic fantasy book. I think I was put off because I was reading the wrong ones. Ones where the women have big breasts and are scantily clothed. I should have known I needed to seek out female authors. Authors like Steiger who has numerous strong female characters, not everyone is constantly thinking about or having sex, and where the men are allowed to have a feeling other than rage.

The characters are so well developed and I look forward to meeting up with them again. You have the usual tropes; magic is missing, quests for the royalty, hidden revolts, and more, but it doesn’t feel like you’ve read it before. Steiger takes a fresh approach that I really enjoyed.

And the world that is built is amazing. You feel like you’re actually there with her vibrant descriptions. You can smell the stew cooking in the tavern and feel the dampness of the prison walls seep into your bones.

Steiger masterfully had the story progress giving just enough information to have you believe you know what is going on with a particular character and then she gives you some more insight that has you second guessing yourself. This made me want to read faster to see how the different characters were intertwined and I was actually saddened when the book ended. But you know that’s a great book when an author leaves you wanting, no needing, to know more.