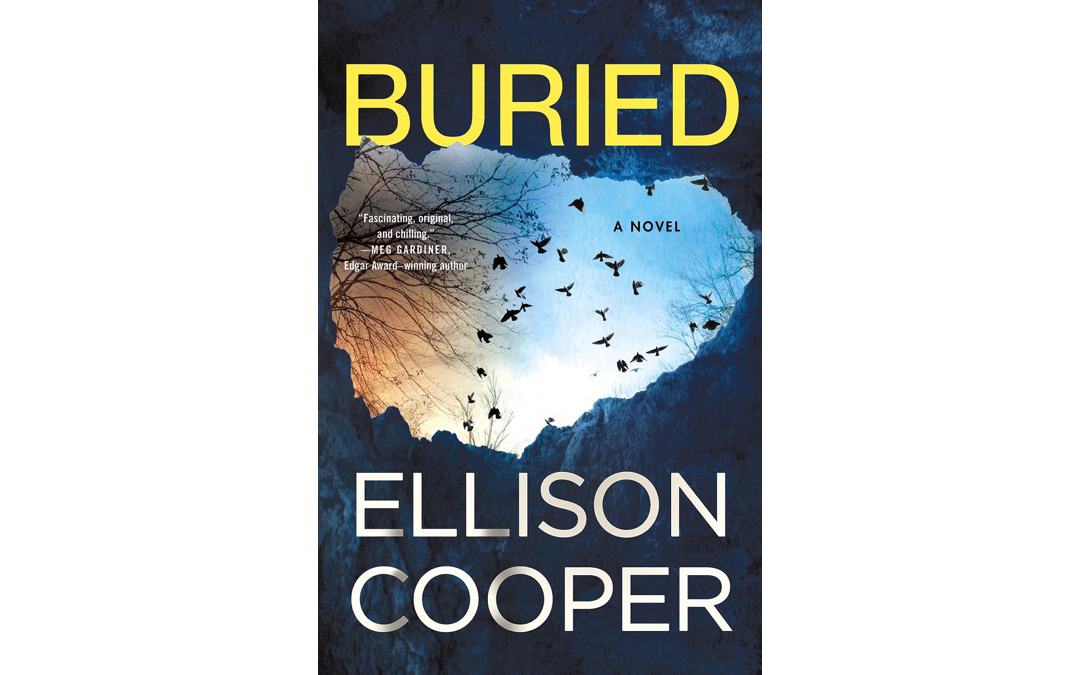 “Senior Special Agent Sayer Altair studies the minds of psychopaths. But even she didn’t expect to uncover a killer within the Federal Bureau of Investigation. Rooting him out and exposing internal corruption got her a bullet wound and six months of desk duty. Now, she’s finally back in the field, called in when an off-duty FBI agent and his cadaver dog fall into a sinkhole filled with human bones.

Found deep in Virginia’s Shenandoah National Park, the skeletal remains date back almost two decades, the same time a beloved local teen disappeared. The cold case quickly heats up when Sayer’s team finds two fresh corpses among the bones. When a gruesome clue ties these new bodies to a woman recently kidnapped along with her young daughter, Sayer has to uncover the connection between the old bones and the new bodies before the mother and child become the next victims.

But the killer is one step ahead, attacking her team and sabotaging their efforts. With Sayer’s investigation compromised and unsure of who to trust, she receives unwanted help from Subject 037, one of the anonymous psychopaths she is currently studying. She has the chilling realization that he’s someone powerful in Washington D.C.―and he is not about to let a mundane serial killer jeopardize his own ominous agenda for Sayer…” – Amazon

I was amused because I had just finished The Finders by Jeffery B. Burton, and then I start Buried by Ellison Cooper and both books have cadaver dogs in them… and both books are excellent!

Having read and really enjoyed the first book, Caged, in the Agent Sayer Altair series, I was hoping Buried would be good too, and I was not disappointed. If anything it was even better because I was able to catch up with some of the characters, while getting to know some new ones that I hope pop up in future books.

Once again Cooper does not hold back when it comes to bad things happening to main characters, and I love that. To have people who are in dangerous jobs actually coming up against the bad guys and not walking away scot-free is a refreshing change from some other books I’ve read. But even with all the evil things that are done to the characters they continue to grow and not become jaded to the rest of the world… which is something I need right now… good stories and to remember not to become hardened with all the horrible things happening in the world today.

The science once again adds an interesting layer to the novel, and the mythology was fantastic, taking Buried even higher. When one of the major twists came along, I had heard about it before, but Cooper gave even more information about it that I was not aware of… and it is so cool.

I don’t want to give anything away. I just want you to read it and hopefully enjoy it as much as I did. And you don’t have to start with Caged, but you really should, since it will just enhance your reading experience of lots of twists, turns, sciencey things, and mythology. 🙂

And another reason I am so happy I found this series is because I had really enjoyed the Archie Sheridan and Gretchen Lowell series by Chelsea Cain, but no new books have come out for a bit. The series are not exactly the same, but have some similarities, and I love them both. I am really gushing here.
Go grab yourself a copy of Caged, Buried, and book three, Cut to the Bone, and get to reading!