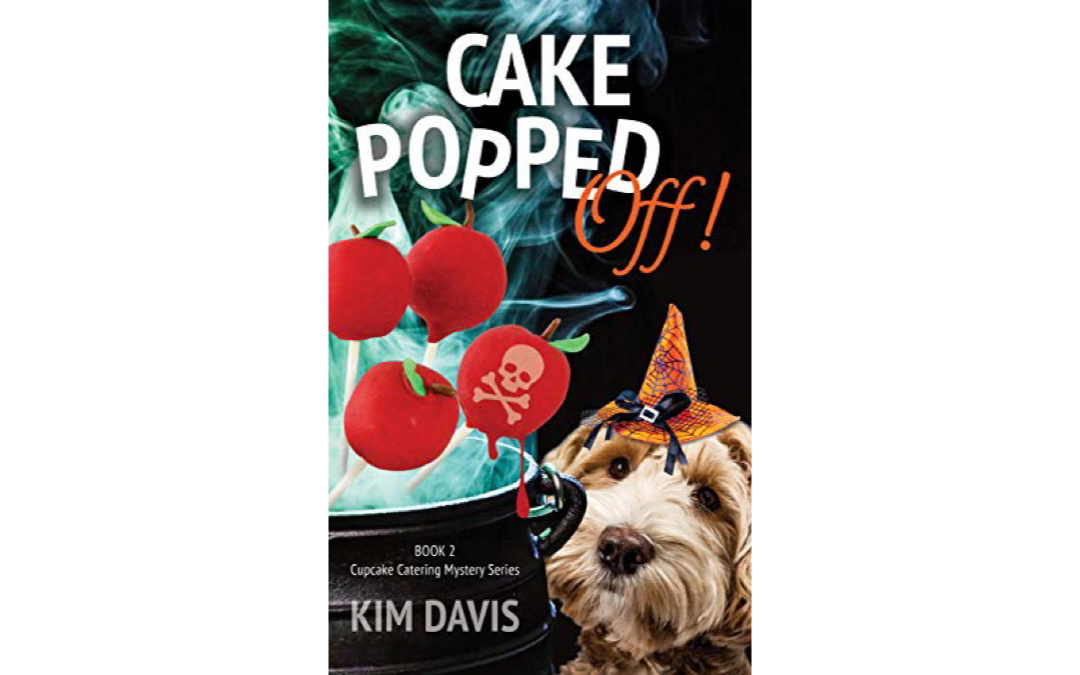 “Cupcake caterer Emory Martinez is hosting a Halloween bash alongside her octogenarian employer, Tillie. With guests dressed in elaborate costumes, the band is rocking, the cocktails are flowing, and tempers are flaring when the hired Bavarian Barmaid tries to hook a rich, hapless husband. Except one of her targets happens to be Emory’s brother-in-law, which bodes ill for his pregnant wife. When Emory tracks down the distraught barmaid, instead of finding the young woman in tears, she finds her dead. Can she explain to the new detective on the scene why the Bavarian Barmaid was murdered in Emory’s bathtub with Emory’s Poison Apple Cake Pops stuffed into her mouth?

With an angry pregnant sister to contend with, she promises to clear her brother-in-law’s name. As Emory starts asking questions and tracking down the identity of the costumed guests, she finds reasons to suspect her brother-in-law has been hiding a guilty secret. Her search leads her to a web of blackmail and betrayal amongst the posh setting of the local country club crowd. Can Emory sift through the lies she’s being told and find the killer? She’ll need to step up her investigation before another victim is sent to the great pumpkin patch in the sky.” – Amazon

Cake Popped Off! by Kim Davis is the second book in the Cupcake Catering Cozy Mystery series and it may even be better than the first! What keeps drawing me back to this series is the relationship between Emory and Tillie, and in book two Davis shows how well they compliment each other while they are following leads and questioning people in Tillie’s ring of high society friends. Even though in the books, Emory and Tillie have only known each other for a short time you can feel that they truly care for each other.

And since this is a cooking cozy series I am really impressed with the amount of recipes included and how well Davis incorporates the baking into the story. Between Emory’s baking treats to help sweeten people up before interrogating them or making black cat cookies for her nieces to decorate, I think it adds another wonderful layer. And then you have Tillie drinking cocktails before cocktails and she encourages Emory to join her… I want an older friend like that!

As for the mystery, I did not figure out whodunit early, which always pleases me. Davis gave us lots of suspects and I was happy it didn’t turn out to be who I thought it was going to be, because that would have made the book a bit depressing. And we are left with an interesting reveal that I am excited to see how it will play out in future books.

Another great book in the series and I highly recommend Cake Popped Off!