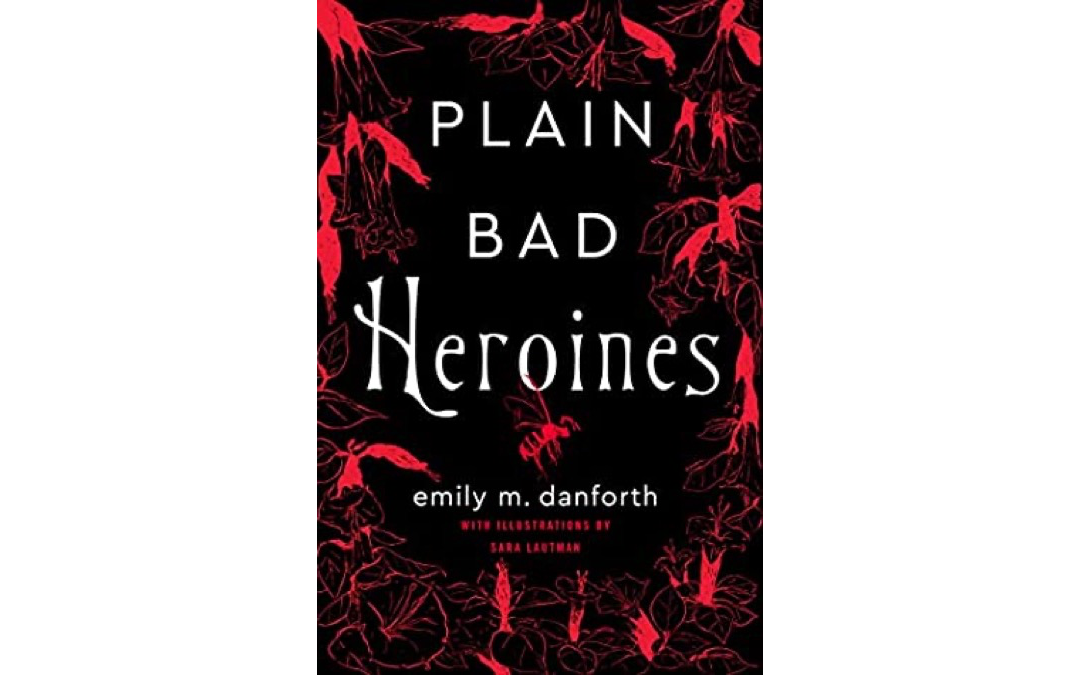 “Our story begins in 1902, at the Brookhants School for Girls. Flo and Clara, two impressionable students, are obsessed with each other and with a daring young writer named Mary MacLane, the author of a scandalous bestselling memoir. To show their devotion to Mary, the girls establish their own private club and call it the Plain Bad Heroine Society. They meet in secret in a nearby apple orchard, the setting of their wildest happiness and, ultimately, of their macabre deaths. This is where their bodies are later discovered with a copy of Mary’s book splayed beside them, the victims of a swarm of stinging, angry yellow jackets. Less than five years later, the Brookhants School for Girls closes its doors forever—but not before three more people mysteriously die on the property, each in a most troubling way.

Over a century later, the now abandoned and crumbling Brookhants is back in the news when wunderkind writer Merritt Emmons publishes a breakout book celebrating the queer, feminist history surrounding the “haunted and cursed” Gilded Age institution. Her bestselling book inspires a controversial horror film adaptation starring celebrity actor and lesbian it girl Harper Harper playing the ill-fated heroine Flo, oppo­site B-list actress and former child star Audrey Wells as Clara. But as Brookhants opens its gates once again, and our three modern her­oines arrive on set to begin filming, past and present become grimly entangled—or perhaps just grimly exploited—and soon it’s impossible to tell where the curse leaves off and Hollywood begins.” – Amazon

This gothic tale is not a book you want to enter into lightly. Make sure your schedule is clear and you will want to give your full attention to Plain Bad Heroines by Emily M. Danforth. I thoroughly enjoyed it, but I really did need to concentrate. There were footnotes, sly comments, and metafiction to keep your mind engaged. And the gorgeous illustrations throughout by Sara Lautman added another wonderful element to Plain Bad Heroines.

This was a slow read for me, but the story pace wasn’t slow. There was always something happening (not fast and furious like a thriller), but the story progressed in such a way that I wanted to keep reading to see where it was going next.
I enjoyed how Danforth shared with the readers how sapphic all girl schools were in days past (and still are today). And then how she incorporated the LGBT characters into today’s world without making them into stereotypes was a great change of pace.

It was interesting to read about a horror movie being made during the age of social media. While there were horrific events that happened throughout the book, I personally wouldn’t classify it as a horror, more of a suspense. But it could just be that I’m so jaded from reading and watching horror for many years now.

I really recommend Plain Bad Heroines, but you need to realize this will not be a fast read. There is so much to dig into and digest. While you should purchase the book right now, you may want to wait until February when the world has slowed down a bit and you have a good chunk of time to dedicate to reading it.