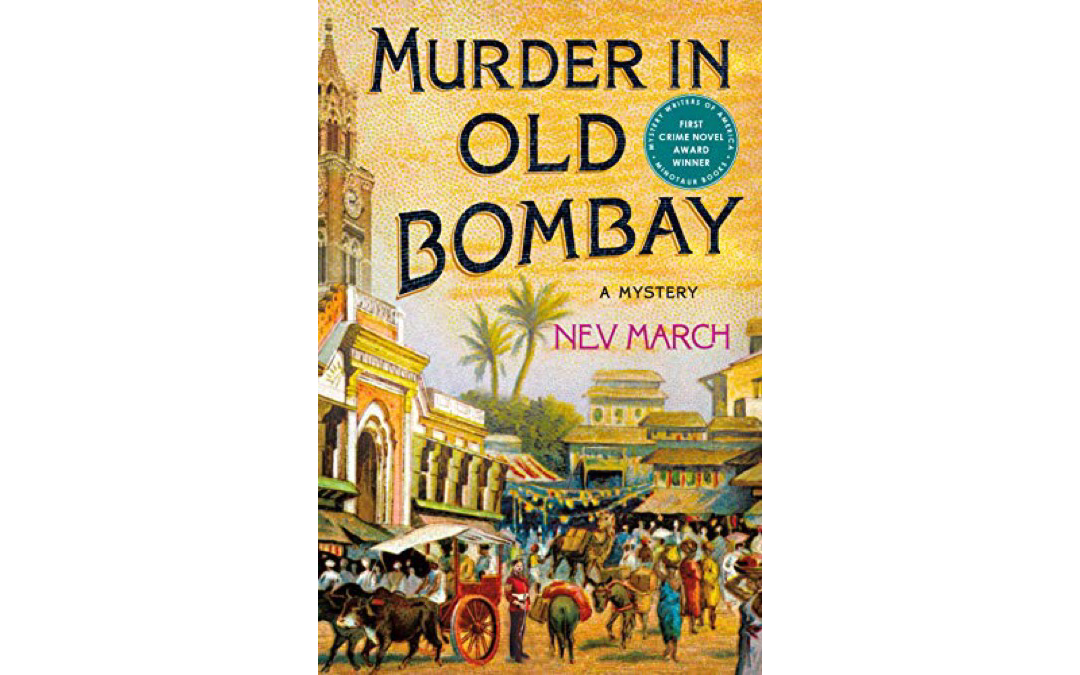 “In 1892, Bombay is the center of British India. Nearby, Captain Jim Agnihotri lies in Poona military hospital recovering from a skirmish on the wild northern frontier, with little to do but re-read the tales of his idol, Sherlock Holmes, and browse the daily papers. The case that catches Captain Jim’s attention is being called the crime of the century: Two women fell from the busy university’s clock tower in broad daylight. Moved by Adi, the widower of one of the victims — his certainty that his wife and sister did not commit suicide — Captain Jim approaches the Parsee family and is hired to investigate what happened that terrible afternoon.

But in a land of divided loyalties, asking questions is dangerous. Captain Jim’s investigation disturbs the shadows that seem to follow the Framji family and triggers an ominous chain of events. And when lively Lady Diana Framji joins the hunt for her sisters’ attackers, Captain Jim’s heart isn’t safe, either.

This debut mystery novel, Murder in Old Bombay by Nev March is a visual and historical delight. The reader quickly gets swept into the mystery of what happened to two young women in a well off Parsee family. Murder in Old Bombay takes place over months so the reader is really able to get a look into this family’s life and learn so much about all the characters.

And even though there are a lot of characters, March’s descriptions of the various character’s physical beings and dispositions are done so well, that I was never confused as to who each person was. I have had this happen with previous historical novels that had a large cast of people.

There are a lot of plot lines and things happening, but March’s style of writing makes everything easy to keep track of, and the mystery itself was very interesting. It wasn’t just one thing that was going on so it made solving the mystery even more fun.

If you enjoy Sherlock Holmes (March even makes comparisons to Holmes and Watson throughout the book) or Agatha Christie novels, you won’t want to miss Murder in Old Bombay.