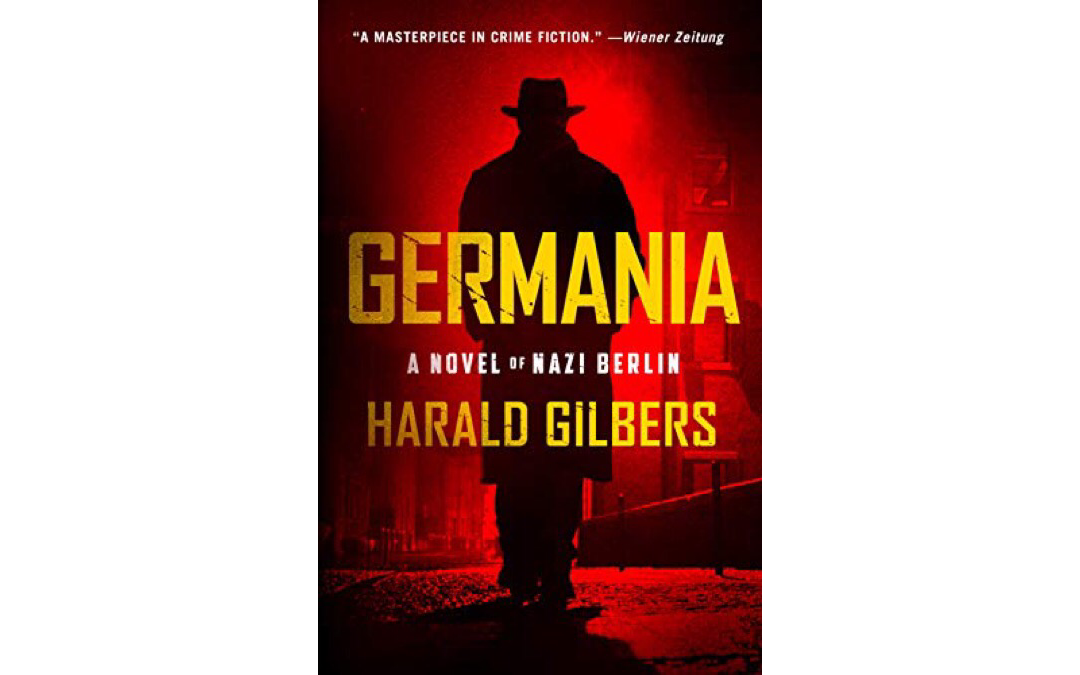 “Berlin 1944: a serial killer stalks the bombed-out capital of the Reich, preying on women and laying their mutilated bodies in front of war memorials. All of the victims are linked to the Nazi party. But according to one eyewitness account, the perpetrator is not an opponent of Hitler’s regime, but rather a loyal Nazi.

Jewish detective Richard Oppenheimer, once a successful investigator for the Berlin police, is reactivated by the Gestapo and forced onto the case. Oppenheimer is not just concerned with catching the killer and helping others survive, but also his own survival. Worst of all, solving this case is what will certainly put him in the most jeopardy. With no other choice but to futher his investigation, he feverishly searches for answers, and a way out of this dangerous game.” – Amazon

Germania by Harald Gilbers is proof that a translated book can be done well. I read pretty fast, but Germania took a week to read. It wasn’t that it was boring, but it is different then serial killer or thriller books written by American authors. While it kept me turning the page because I wanted to find out what would happen next, it didn’t have that frantic pass of an investigation that I am used to. Add in all the German history and places that I am not familiar with, and it had me slowing down even more so I didn’t miss any of the details.

The slow tempo worked well in Germania though. It helped to emphasize the drudgery and waiting that people were feeling during the war. Even the bomb sirens meant that one would be waiting for hours in the shelters, with little to do but sleep and worry.

Gilbers was able to combine the horrors of war and what horrible things people do to each other, right alongside the good in people. The simple act of the madam of a brothel giving the Jewish protagonist some extra money because she understood how cruel the world is, was just one of many examples.

So many historical fiction novels about WWII deal with either the battles or the concentration camps, so I really enjoyed the different premise of Germania. You get to read about the relationships between Germans who truly felt that they were superior, Germans who couldn’t fathom what their country was doing, Jewish people who were trying to just survive, and how Jews and Germans survived together.

I can see how the ending may be disappointing to some people who are used to the killer being caught and a “happy” ending. Germania does not give the reader that, instead it shows the true ending for many who lived through WWII.