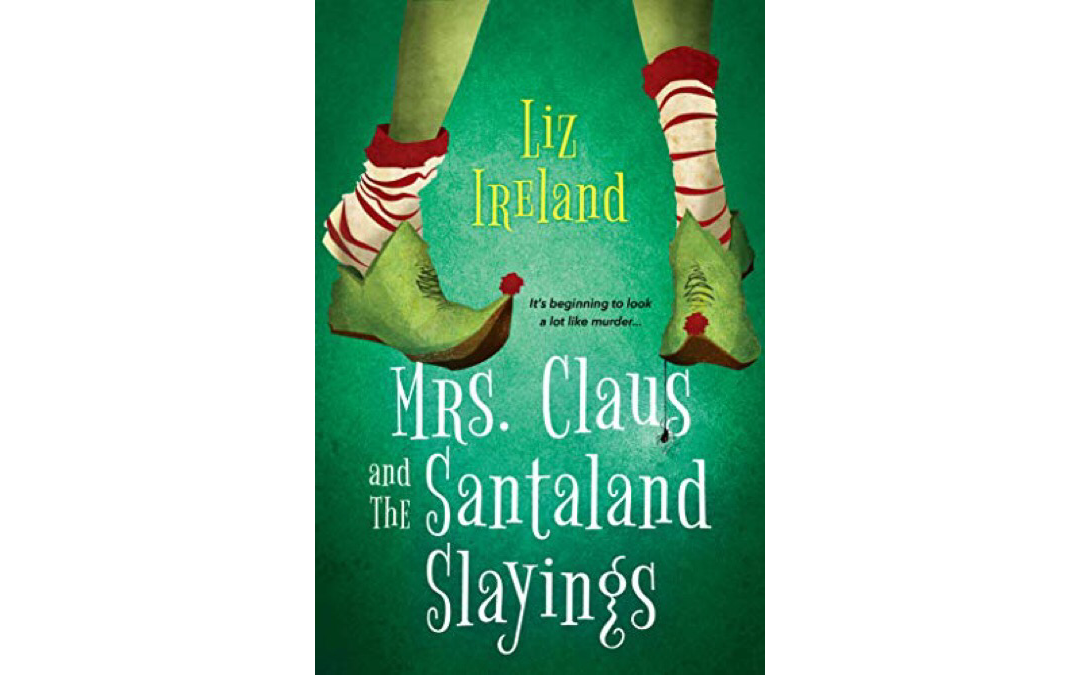 “Love is full of surprises—though few compare to realizing that you’re marrying the real-life Santa. April Claus dearly loves her new husband, Nick, but adjusting to life in the North Pole is not all sugarplums and candy canes. Especially when a cantankerous elf named Giblet Hollyberry is killed—felled by a black widow spider in his stocking—shortly after publicly arguing with Nick.
_ _
Christmastown is hardly a hotbed of crime, aside from mishaps caused by too much eggnog, but April disagrees with Constable Crinkle’s verdict of accidental death. As April sets out to find the culprit, it’ll mean putting the future of Christmas on the line—and hoping her own name isn’t on a lethal naughty list.” – Amazon

Mrs. Claus and the Santaland Slayings by Liz Ireland is the perfect marriage of a cozy mystery, historical drama, and fantasy. It was a fun romp through Santaland with talking reindeer (and many are still jerks), really crabby elves, abominable snow creatures that hunt the residents, and snowmen who live so long they know all the secrets. You also get a Downton Abbey vibe with the Claus family being the ones who would be living in the Upstairs and everyone else is the Downstairs.

I thought the killer was a bit easy to figure out, but that’s not the only reason one reads a cozy mystery. And even when the killer was caught, they didn’t come off as a completely bad person… it does take place during the most magical time of the year after all!

I’m not sure if this is going to be a series, but I do hope so. I would love to get more backstory on April and Nick, not only their wedding, but about them too. And I would love to revisit a lot of the characters. There is just something about a person/creature who is supposed to always be happy, turning out to be cranky and wanting to rebel. I could easily see this being turned into a movie with awesome special effects. Here’s hoping.