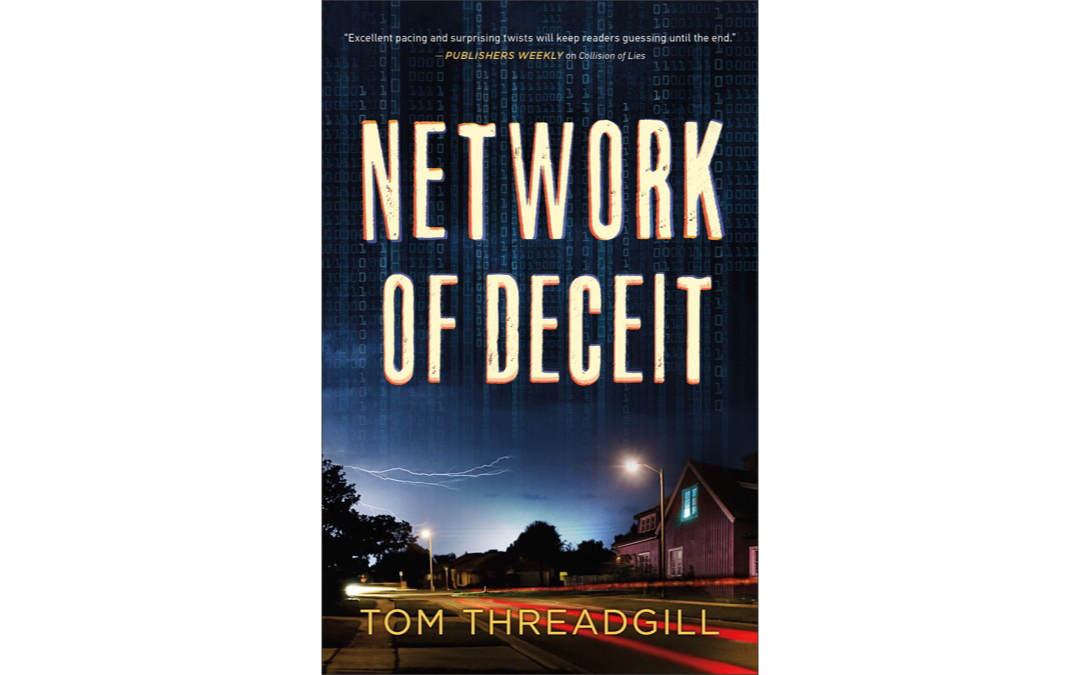 “After her rescue of nearly fifty kidnapped children made international headlines, Amara Alvarez gets what she’s worked for: a transfer to San Antonio’s Homicide Division. Reality sets in quickly, though, as her first case, the suspicious death of a teenager at a crowded local water park, brings chaos to her personal life.

As the investigation moves forward and she increases the pressure on the suspects, Amara finds herself under attack by cybercriminals. Her every move is being potentially watched online, and she’s forced to resort to unconventional methods to find the killer. With few leads, she fights to keep her first murder investigation from ending up in the cold case files.” – Amazon

I was under the impression that Network of Deceit by Tom Threadgill was the first book in the series, from the way the synopsis read and since there is no indication on the jacket that this is a series. So I was a bit surprised when Threadgill started mentioning a previous case. There was enough context that I didn’t get confused, I was just expecting to be introduced to the character more… but that was already done in Collision of Lies. You don’t have to read the first book (obviously, since I didn’t), but I think it is advisable since Threadgill excels at in depth character writing.

Threadgill really was able to capture a detective’s life not just at the station, but her everyday. The way he incorporated her relationship with her fellow detectives, love interest, and family was phenomenal. While I was interested in the case and the mystery, at times I found myself more drawn to her personal life.

As far as the case went, at first I was a bit… not bored, but concerned with the style of writing. So many police procedurals are fast paced. While they are trying to solve the case there is still a lot of action, but Threadgill really focuses on every step of the case. Once I realized this was how the book was going to read, it was much more enjoyable.

I thought Threadgill did a very good job with making cybercrimes easy to understand for someone who isn’t an expert on them or who may not be into technology. He was able to do this by incorporating interesting characters with believable emotions.

Network of Deceit was a great read, especially if you enjoy strong characters with realistic lives. I would suggest reading Collision of Lies first since I think you’ll get even more out of the story. And I look forward to seeing how Amara handles her bully at work, how her relationship with Starsky progresses, and how her family continues to support each other in upcoming books.