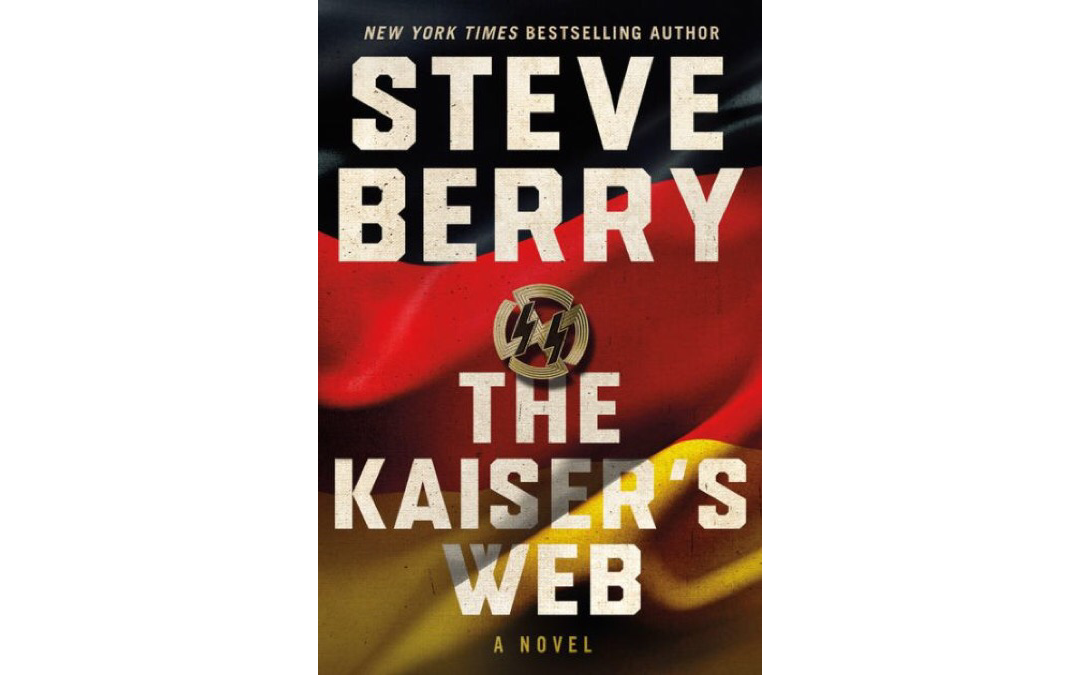 “Two candidates are vying to become Chancellor of Germany. One is a patriot having served for the past sixteen years, the other a usurper, stoking the flames of nationalistic hate. Both harbor secrets, but only one knows the truth about the other. They are on a collision course, all turning on the events of one fateful day — April 30, 1945 — and what happened deep beneath Berlin in the Fürherbunker. Did Adolph Hitler and Eva Braun die there? Did Martin Bormann, Hitler’s close confidant, manage to escape? And, even more important, where did billions in Nazi wealth disappear to in the waning days of World War II? The answers to these questions will determine who becomes the next Chancellor of Germany.

From the mysterious Chilean lake district, to the dangerous mesas of South Africa, and finally into the secret vaults of Switzerland, former-Justice Department agent Cotton Malone discovers the truth about the fates of Hitler, Braun, and Bormann. Revelations that could not only transform Europe, but finally expose a mystery known as the Kaiser’s web.” – Amazon

Whenever someone says that they enjoy Dan Brown or Tom Clancy, I’ll ask them if they’ve read Steve Berry… and I get so happy when they say they haven’t because I know they are really going to enjoy the Cotton Malone series.

Berry always does a fantastic job incorporating true historical events and facts into his fiction, and I always read his extra bit at the end where he tells you what is all true.

The Kaiser’s Web takes a look at Hitler and WWII which happens to be very timely subject matter for the United States. It made some of the recent events in our government even more interesting to think about after reading book 16 in the Cotton Malone series.

While I still really enjoyed The Kaiser’s Web and it does have the great twist at the end that I have come to look forward to, it seemed to me that this one wasn’t quite as good as previous ones. Now Do Not let this stop you from reading it because it’s still very good, but the thing that I thought was not as enjoyable throughout a lot of the book was that you already knew who all the players were. In previous books there would be big surprises in regards to various characters turning out bad (or good) that I didn’t see coming. But this one had no surprises in that regard.

And this is just a teeny tiny thing, but it really stuck out to me. A previous book had a very intense scene with a bear and Berry has an animal scene again which just didn’t have the impact and felt a bit recycled.

But these are just my observations, and I still think fans of the series will still enjoy it. If you are new to the series you should start with book one, The Templar Legacy.