For Letter or Worse by Vivian Conroy : Book Review 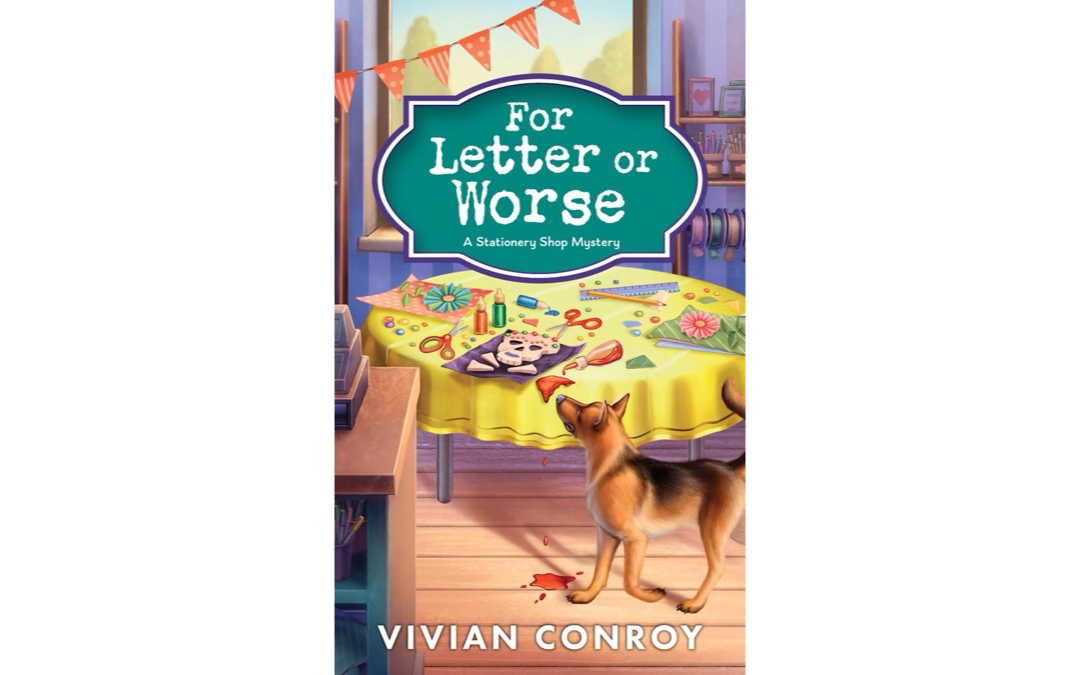 “The scissors are sharpened and the cardstock stacked for Delta Douglas’ latest workshop: a 3D cardmaking event at socialite Lena Laroy’s birthday extravaganza. As co-owner of Wanted, the local stationery shop, Delta is ready to wow her guests with her one of a kind crafts. But, at this party, paper isn’t the only thing bent out of shape. When a threatening present is unwrapped and the guest of honor’s sister-in-law is discovered dead by the trees, Delta realizes another killer is loose in her small town.

Before the cake is even cut, suspects appear from the folds, and Delta and her Paper Posse must analyze the evidence to track the culprit down. But, with Lena’s list of enemies a mile long, Delta soon discovers this case has more dimensions than she bargained for.” – Amazon

I gave the first book in the Stationery Shop Mysteries, Last Pen Standing, five stars, but I feel like Vivian Conroy pulled back with book two, For Letter or Worse. There is so much potential for character development with the Paper Posse and we don’t get as much in book two. And whereas the animals shined in the first book, we barely see any of them in For Letter or Worse.

The descriptions of Montana, Wanted (the stationery shop), and the estate where the birthday party is held are all done very well, and this seems to be where Conroy really shines. We do get a new character that moves to town who I think will be excellent in future books and will fit in nicely with the Paper Posse. And Delta’s romance is advancing a bit, and we see a potential love match for Hazel. I’m actually a bit more excited for Hazel’s romantic partner, if it actually happens, because I can see a lot of interesting ways he can help with mystery solving in future books.

As for the mystery itself there were a couple of similarities to the first book, with a conversation being overheard but not knowing who was talking, and while the killer wasn’t the same relations to the victims, I felt they still had an interchangeable persona… I would explain more, but I don’t want to give any spoilers. Even with those two similar situations Conroy still gave a lot of red herrings and a couple of characters with really strong potential to be the killer. At one point I was certain I knew who the killer was, but later changed my mind when more information became available.

I’m looking forward to book three, The Glitter End, which comes out at the end of September. I hope Conroy gets more in depth with her character’s personalities and we get to see more of Spud, Nugget, and the new arrival to town!