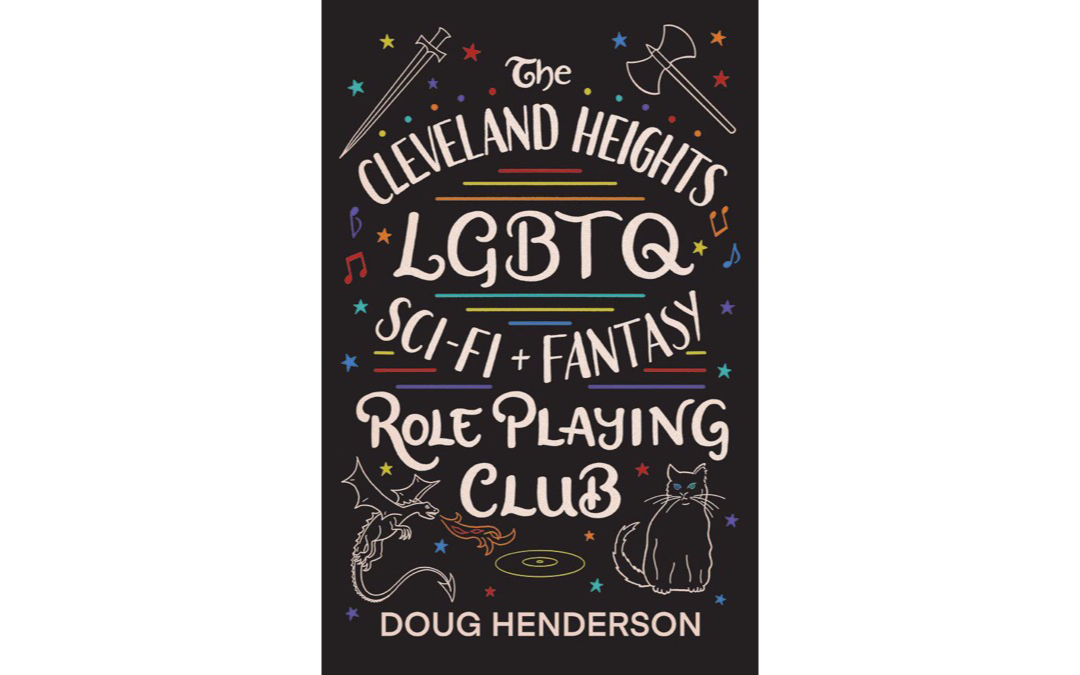 “On Thursday nights, the players assemble in the back of Readmore Comix and Games. Celeste is the dungeon master; Valerie, who works at the store, was roped in by default; Mooneyham, the banker, likes to argue; and Ben, sensitive, unemployed, and living at home, is still recovering from an unrequited love. In the real world they go about their days falling in love, coming out at work, and dealing with their family lives all with varying degrees of success. But in the world of their fantasy game, they are heroes and wizards fighting to stop an evil cult from waking a sleeping god.

But then a sexy new guy, Albert, joins the club, Ben’s character is killed, and Mooneyham’s boyfriend is accosted on the street. The connections and parallels between the real world and the fantasy one become stronger and more important than ever as Ben struggles to bring his character back to life and win Albert’s affection, and the group unites to organize a protest at a neighborhood bar. All the while the slighted and competing vampire role playing club, working secretly in the shadows, begins to make its move.” – Amazon

Love the concept of The Cleveland Heights LGBTQ Sci-Fi and Fantasy Role Playing Club by Doug Henderson, but not the execution, or lack there of when it came to the character development. Being a geek who reads comics and plays Magic the Gathering, I really enjoyed reading about the group’s time spent playing D&D and their run in with the vampire LARP group, since I could actually see things like that happening. I think if Henderson were to write a D&D novel he would do a great job.

But the characters were all stereotypes of geeks and nerds… which is fine since some stereotypes really do fit geeks, but I wanted more character development. Valerie was there to make a couple of scenes weird and Celeste, well I really don’t know. Mooneyham and Huey were there to add in a homophobic layer, and Albert/Jeff were there as love interests to Ben, who I guess had the most development. If you think a 25 year old who goes to thrift stores to sell items on eBay and still lives in his parent’s basement is a well rounded character and not just a stereotype.

While I think this book was supposed to take place in present day, it felt more like the 1980’s when groups of kids would get picked on for playing D&D… especially since in present day, D&D and MTG are played by some pretty cool people like MMA fighters, football players and actors.

I think if you’re a geeky, young adult questioning your sexuality or already know that you’re LGBTQ, then you may enjoy this book, but even to you it may come off as a bit shallow.