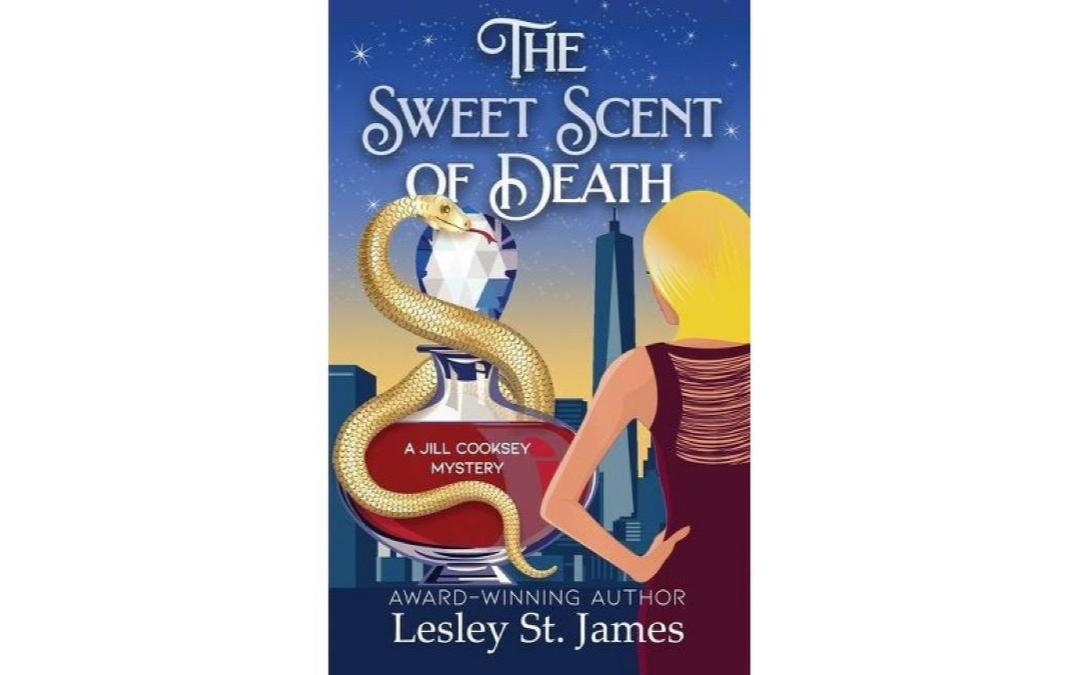 “In the hilarious, award-winning, romantic mystery The Sweet Scent of Death, PR account executive and transplanted Southerner Jill Cooksey is trying to launch a new fragrance for her client and prove to herself and everyone around her that she’s not a complete failure. Otherwise, she’s heading home to Virginia. After a glamorous launch event in New York’s Central Park, a young starlet turns up dead behind the Waldorf Astoria Hotel, throwing the PR campaign into jeopardy and Jill into a waking nightmare.

To save a friend (who may or may not be guilty), appease her client (who happens to be in love with her friend), and keep her career (so she can pay the rent), Jill must stop a killer while turning around a public relations disaster. In over her head, Jill enlists the help of her network of friends in the PR business (a.k.a. her PR Posse) and a cop-turned-reporter she’s not sure she can trust (but to whom she can’t say no).

Together they stalk the killer through Manhattan, Queens, and the Bronx, all the while encountering gun-toting gypsy cab drivers, psychotic society reporters, and obsessive-compulsive late-night TV hosts. From the Cathedral of St. John the Divine to the seediest strip club in the outer boroughs, Jill tries to piece together the truth while keeping herself alive and her client happy. Fans of Janet Evanovich, Penny Reid, Zara Keane, and Jana Deleon will fall in love with Jill Cooksey and her hysterical adventures!” – Amazon

I love cozy mysteries. I read a lot of cozy mysteries. It was a real pleasure reading The Sweet Scent of Death by Lesley St. James because the location of a big city instead of a small town was such a nice change of scenery for me.

The other huge thing that The Sweet Scent of Death has going for it is that St. James doesn’t use a lot of repetition to increase her word count, instead there are well written descriptions of the city, wardrobes, and events. Combine that with interesting characters that are very developed for the first book in a series, and you have an excellent book.

Sometimes when books are so descriptive I find myself skimming to get to the mystery, but I hung on St. James’s every word. The world of public relations and rich clients that she created was so fascinating that I didn’t want to miss anything. Adding in parental units towards the end of the story gave it the cozy charm to balance out some of the snobby attitude, which was perfect.

While I had my suspicions early on as to the killer, St James put a nice twist on the way the murderer is caught, instead of the usual one on one ending with the protagonist going off by herself to confront the killer.

St. James took the cozy genre and made it her own, and I am looking forward to book two in the Jill Cooksey Mysteries, Death of a Dolly Waggler.