Murder at the Lakeside Library by Holly Danvers : Book Review 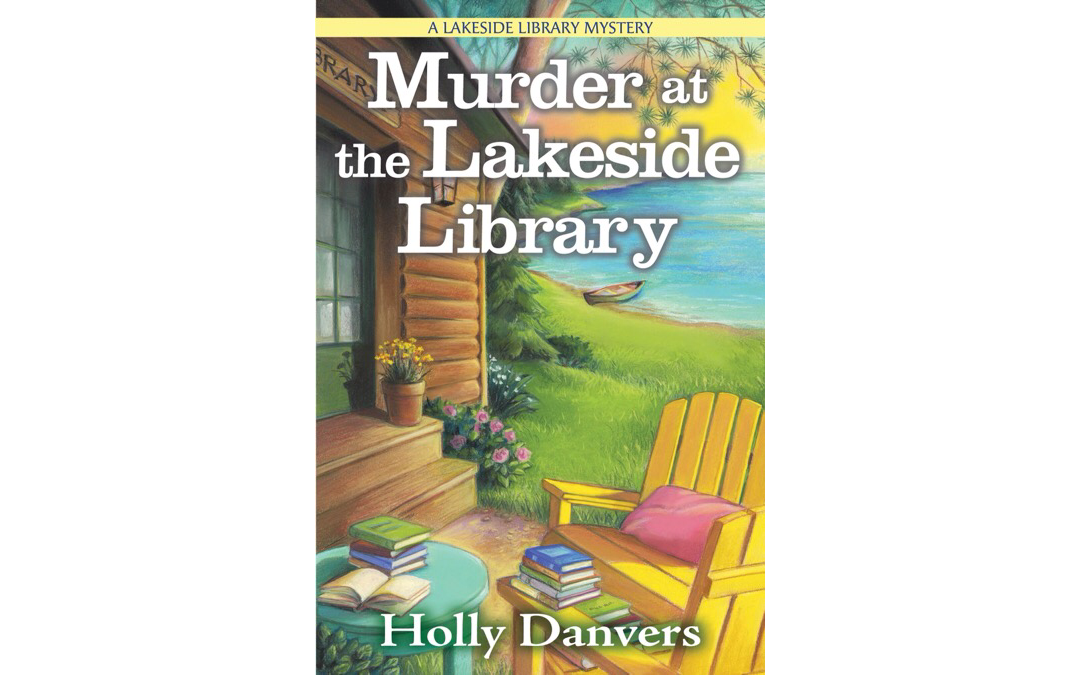 “Rain Wilmot has just returned to her family’s waterfront log cabin in Lofty Pines, Wisconsin after the untimely death of her husband. The cabin is peaceful compared to Rain’s corporate job and comes with an informal library that Rain’s mother, Willow, used to run. But as Rain prepares for the re-opening of the library, all hopes for a peaceful life are shattered when she discovers the body of Thornton Hughes, a real estate buyer, on the premises.

The community of Lofty Pines starts pointing fingers at Willow, since she has been unusually absent from the library this summer. A fishy rumor surfaces when Rain learns that Willow had been spending a lot of time with Thornton. The town even thought they were having an affair.
_ _

While theories swirl about Thornton’s death, Rain takes it upon herself to solve the case to exonerate her mother. As more clues surface, Rain will have to piece together the mystery. But if she isn’t careful, she may be the next to end up dead in the water in Murder at the Lakeside Library, the first in Holly Danvers’ new Lakeside Library mysteries.” – Amazon

Murder at the Lakeside Library by Holly Danvers gets off to a very slow start and unfortunately I found myself skimming a lot because of all the repetition. I’ll keep saying it, give me a shorter book with a tighter story any day over a longer book that keeps repeating. Did I mention all the repetition?! 😉

Even with the three star rating and recapping, I would try another book in A Lakeside Library Mystery series because the descriptions of Wisconsin’s Northwoods were perfect and made me feel as if I was back in my hometown of Eagle River.

And the characters are true to what you’ll find in Northern Wisconsin; people who have impromptu cookouts and invite everyone, people who are willing to drop everything and help, people who randomly cut a neighbor’s grass, friends/family who get the tab and say you can get the next one, and randomly seeing people you knew in high school when someone moves back to town after being away for 20 years.

With so much repetition of things besides the murder, there was not as much to the mystery as there are in other cozies, although Danvers does have some red herrings. The ending did seem a bit rushed, but was still a good reveal.

I’ll be checking out book two, Long Overdue at the Lakeside Library, if nothing else, to see the library finally up and running.