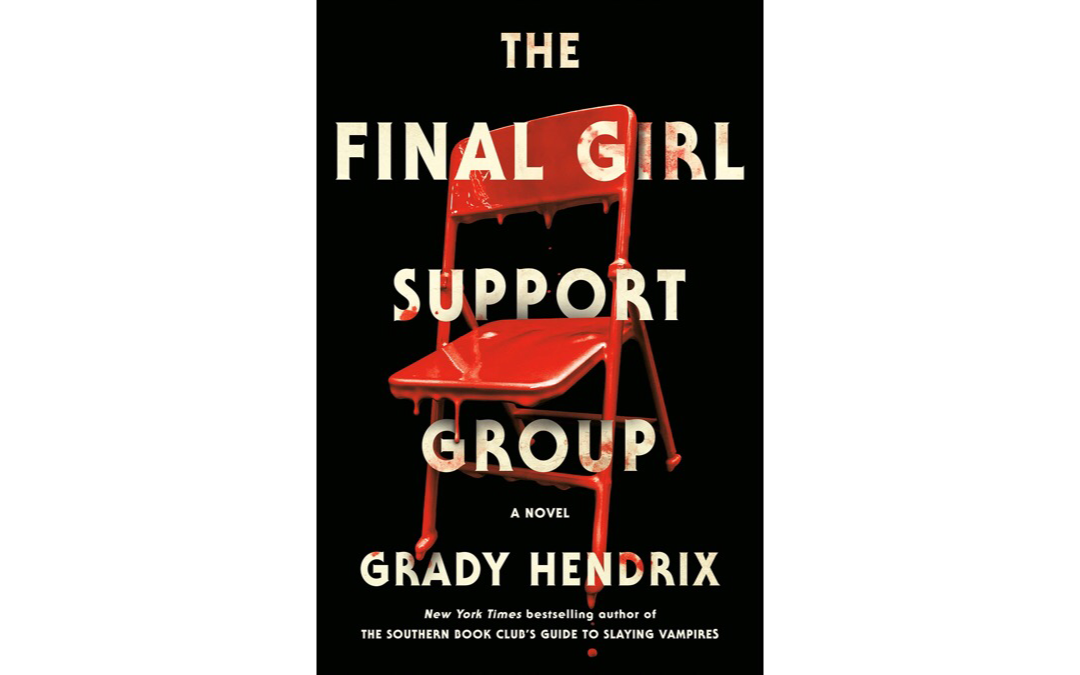 “Lynette Tarkington is a real-life final girl who survived a massacre. For more than a decade, she’s been meeting with five other final girls and their therapist in a support group for those who survived the unthinkable, working to put their lives back together. Then one woman misses a meeting, and their worst fears are realized—someone knows about the group and is determined to rip their lives apart again, piece by piece.

But the thing about final girls is that no matter how bad the odds, how dark the night, how sharp the knife, they will never, ever give up.” – Amazon

The Final Girl Support Group by Grady Hendrix needs to be made into a movie! It was full of action and suspense and I loved all the nods to horror in the 1980’s and 1990’s. There are some really deep thoughts and ideas in the book too, which I found surprising. You can not think too deeply and just enjoy the horror movie vibe or actually think about some of the things (like with Crazy Chrissy) and fall into a deep rabbit hole. To me, that shows a lot of depth in a story.

I also thought it was amusing how each Final Girl’s tale of terror correlated with a different horror movie franchise like Scream, Friday the 13th, and Texas Chainsaw Massacre. These were fun to see as a horror fan, and for those who don’t watch/read a lot of horror, then it’s a good introduction to these classics… and hopefully the horror world will gain some new fans.

There was one little thing about knowing the killer very, very early on that almost had me give The Final Girl Support Group four stars instead of five. But the twist made up for it, along with the final showdown. And other readers, especially those not into horror, may not figure it out so early.

The other thing that disappointed me (and this is not the author’s fault at all, so I wouldn’t have given a lower rating because of it) is that I could not read the murderabilia that were after each chapter on my very old Kindle Touch. I imagine those with newer e-readers will be able to see it just fine.

I’m looking forward to seeing what other kinds of horror that Hendrix comes up with next.