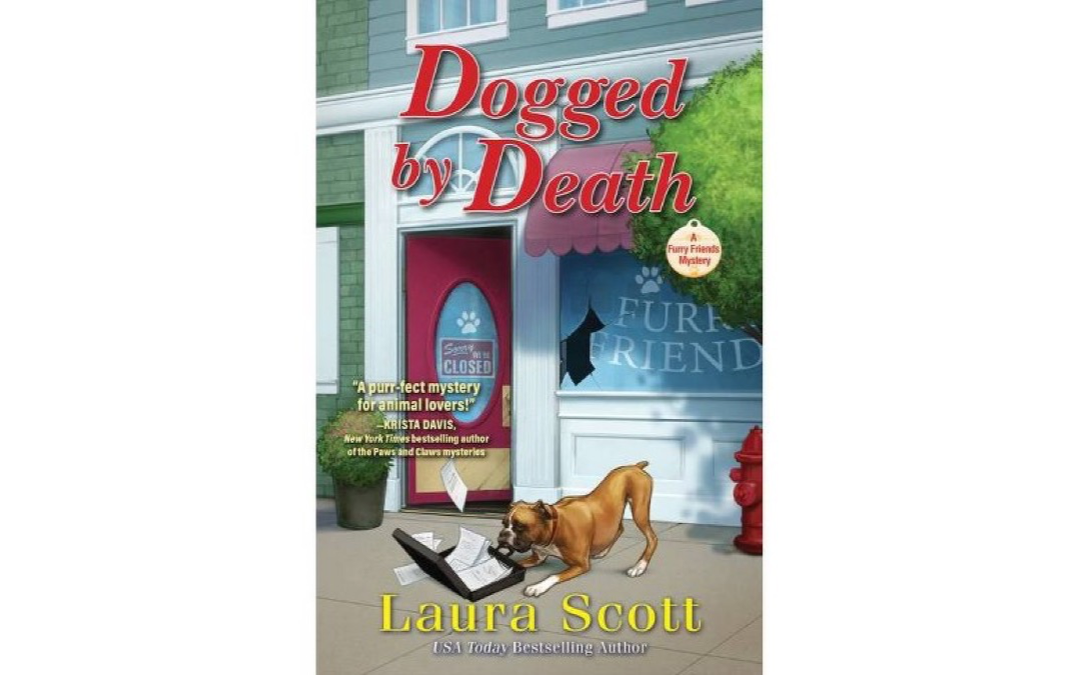 “Ally Winter is going through a ruff patch. The thirty-something veterinarian lost her fiancé, her clinic, and her savings in rapid succession. So when Ally’s grandfather undergoes hip replacement surgery, she moves back to Willow Bluff, Wisconsin, to care for him. She arrives home, tail between her legs, only to find sleazy lawyer Marty Shawlin murdered in his home office. And the only witness was Marty’s faithful boxer, Roxy.

Quick as a greyhound, Noah Jorgensen is on the case. The good news is, he’s the best detective around. The bad news, at least the way Ally sees it, is that Noah is still just as fetching as he was back in high school. He also just happens to have witnessed every embarrassing incident that befell accident-prone Ally–including the fire-ant attack that set tongues wagging and won her the unshakable nickname Hot Pants.

Meanwhile, true-crime aficionado Gramps fancies himself a sleuth, and he is doggedly determined to sniff out the culprit himself…with Ally’s reluctant help, of course. Ally has no choice but to team up with Noah–and the irrepressible Roxy–to solve the case while keeping Gramps on a short leash.

Ally had better learn some new tricks, lickety-split. Because if she can’t bring the killer to heel, she won’t just be playing dead.” – Amazon

Dogged by Death by Laura Scott is a great start to the Furry Friends Mysteries! Ally, Gramps and the three widows are wonderfully developed characters, and it was so much fun reading about Ally and Gramps investigating, since they are the perfect compliment to each other. And the three widows add some levity to the story, especially with how they all compete with each other to get in Gramps and Ally’s good graces. And the little girl who kept bringing Ally injured animals was adorable.

There were two things that stood out and I don’t want to say annoyed me, exactly, but paused my reading because it was mentioned so much. The first was Ruby growling when a certain person seemed to be around. And while Ally noticed it and thought about it, she kept pushing off really investigating it. I don’t know how Laura Scott could have handled it differently because it was essential to the story, but there was just something there.

And I know all the protagonists who own businesses often leave them to solve the crime, but I find it really unlikely that a vet would be leaving the business (especially a new one) as much as she did, even if she didn’t have a lot of appointments in the books. I know our vet’s office is always booked and there are always emergencies, so this also stood out. I think that if she had an answering service or if it was mentioned that the phones could be forwarded to her phone, it would have been an easy fix.

I don’t want to discourage you from reading the series because it really is very good, but with how many cozies I read these just felt like issues that could have been handled better. Already looking forward to book two in the Furry Friends Mysteries!