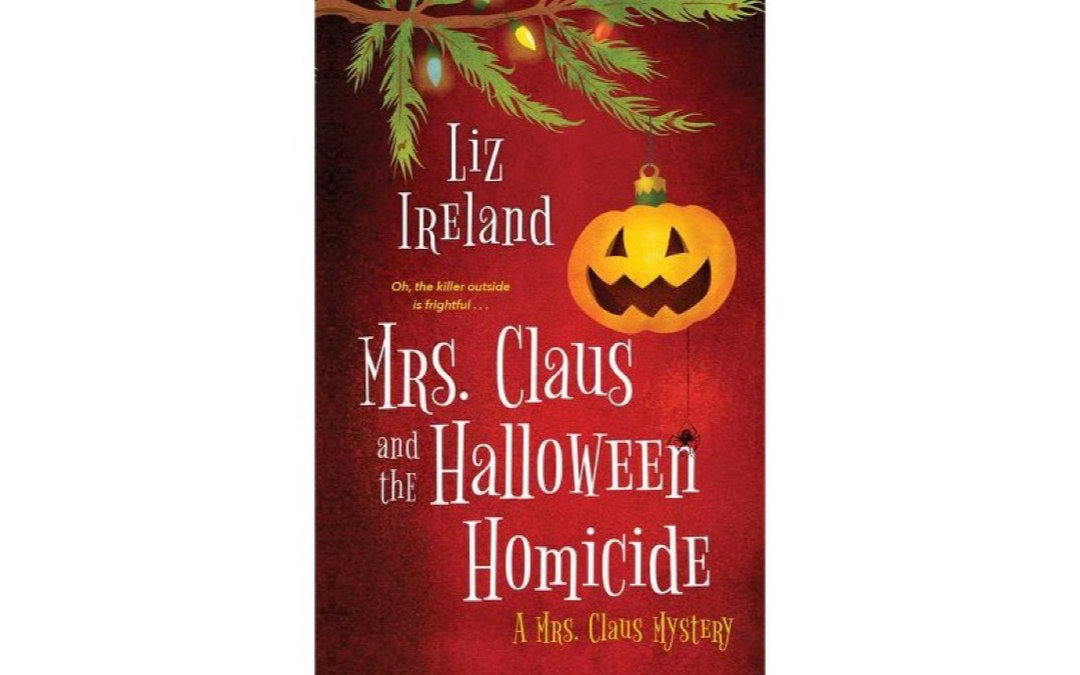 “For the first time ever, Christmastown is celebrating a strange new tradition—Halloween. But not everyone is willing to watch their dependable winter wonderland get overrun by carved pumpkins and costume parties. As a series of scary happenings hit Santaland, each one more intense than the last, April realizes having a role in the festivities could cost her family, friends—even her own life.

April isn’t the only unlucky target. Outspoken elf Tiny Sparkletoe is found dead in the snow outside his cottage, crushed in the middle of what appears to be a monstrous footprint. With mayhem descending like reindeer on rooftops, April must stop the Halloween killer before the fate of Mrs. Claus becomes another creepy tale to tell in the dark…” – Amazon

It takes a fantastic writer to be able to combine genres, but Liz Ireland, once again, shows that she is that writer. Not only did she combine the genres of cozy mystery and fantasy, but she also combined the holidays of Christmas and Halloween… now that takes real talent!

In Mrs. Claus and the Halloween Homicide, the second in the Mrs. Claus Mysteries, Ireland brings back the well developed characters from book one and gives us even more in book two. The reader also gets more details of Santa’s Village combined with the fun and festive Halloween decorations and new traditions. There are humorous moments found throughout the book because of the combining of genres and holidays, and I thought the way Ireland imagined how the elves would celebrate Halloween was perfect. Only an elf would take a suggestion made in passing many months previously and learn how to grow numerous different types of pumpkins!

The mystery itself had lots of suspects and I really enjoyed the final outcome of whodunnit, since it was a nice change. I’m already looking forward to book three and can’t wait to see if April’s friend from the states comes for a visit and how she’ll take finding out that not only is Santa real, but her friend is married to him.