As the Wicked Watch by Tamron Hall : Book Review 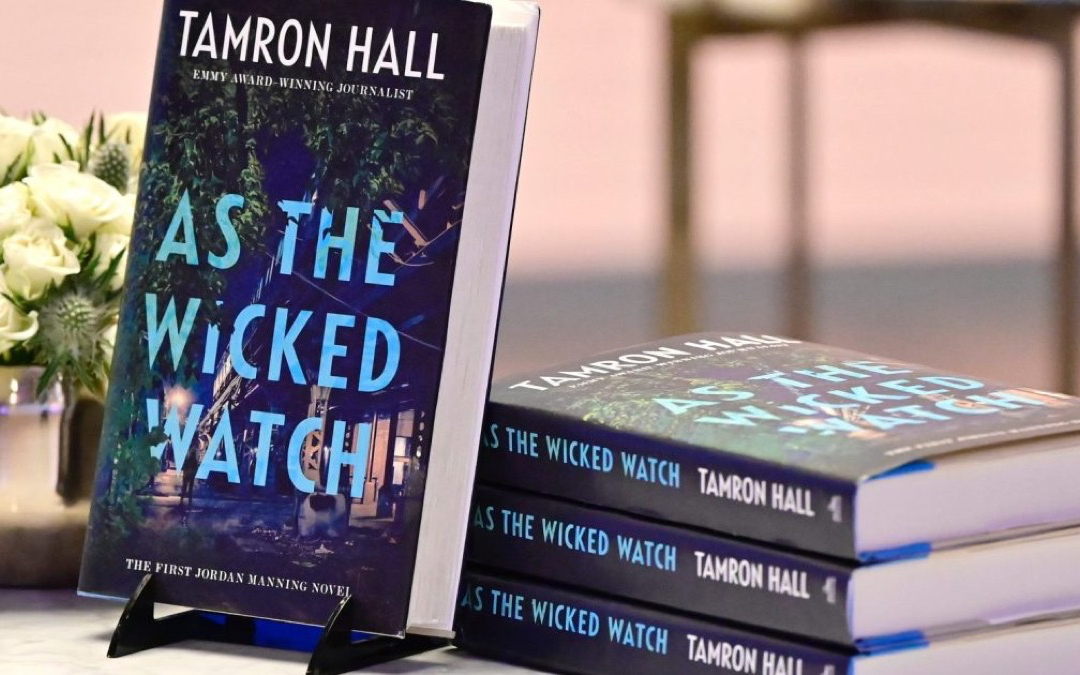 “When crime reporter Jordan Manning leaves her hometown in Texas to take a job at a television station in Chicago, she’s one step closer to her dream: a coveted anchor chair on a national network.

Jordan is smart and aggressive, with unabashed star-power, and often the only woman of color in the newsroom. Her signature? Arriving first on the scene—in impractical designer stilettos. Armed with a master’s degree in forensic science and impeccable instincts, Jordan has been able to balance her dueling motivations: breaking every big story—and giving a voice to the voiceless.

From her time in Texas, she’s covered the vilest of human behaviors but nothing has prepared her for Chicago. Jordan is that rare breed of a journalist who can navigate a crime scene as well as she can a newsroom—often noticing what others tend to miss. Again and again, she is called to cover the murders of Black women, many of them sexually assaulted, most brutalized, and all of them quickly forgotten.

All until Masey James—the story that Jordan just can’t shake, despite all efforts. A 15-year-old girl whose body was found in an abandoned lot, Masey has come to represent for Jordan all of the frustration and anger that her job often forces her to repress. Putting the rest of her work and her (fraying) personal life aside, Jordan does everything she can to give the story the coverage it desperately requires, and that Black children rarely receive.

Jordan is convinced that there’s a serial killer on the loose and he’s hiding in plain sight.” – Amazon

As the Wicked Watch by Tamron Hall is an excellently written and very needed book that continues to shine a light on Black communities, not just through a white perspective, but that of a Black, Emmy Award Winning TV host and journalist.

With that being said, I do not believe this book was marketed in the best way to showcase how it shines. When I read the words, thrilling and serial killer, in a book’s synopsis I think I will be reading a fast paced novel with lots of crime scene investigations and looks into a serial killer’s mind. What Hall wrote was a complex look into Black communities, racism, and sexism that moved at a very slow pace. As the Wicked Watch took me four evenings to finish, but it was so interesting that I never found myself skimming. In fact, I couldn’t because even though it was slow and didn’t pick up until about 250 pages in, there was always something happening or interviews taking place there were filled with information.

I can see a lot of readers who are fans of thrillers giving As the Wicked Watch a lower rating because of its pace, but I hope this doesn’t dissuade you from giving it a read. It really was wonderfully written with intense moments, and the ending was disturbing while having justice being served to more than just the killer. When book two in the Jordan Manning series comes out, I will be interested to see what topics Hall writes about next.