A Dash of Death by Michelle Hillen Klump : Book Review 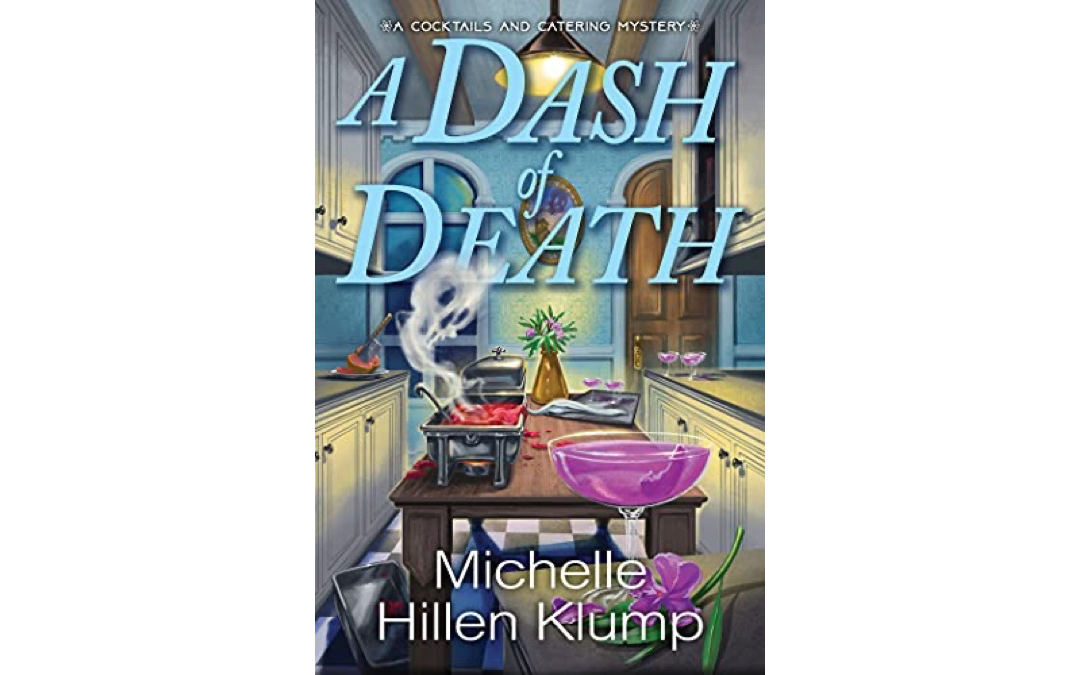 “Bad news for Samantha Warren: The plucky Houston, Texas, reporter lost her job and her fiancé in rapid succession. But Sam has a way of making lemonade out of the bitterest of lemons. At a meeting of the local historical-homes council, she serves up the homemade bitters that she made as gifts for her wedding party. She intends to use that as her “in” to become an in-demand party mixologist. But the party’s over for one of the council members, who keels over dead soon after he sips the bereft bride’s bitter brew.

It turns out that the victim, Mark, was poisoned—his drink spiked with oleander. Since Sam mixed the drink that Mark imbibed right before his demise, she finds herself at the front of the suspect line. Now, she’ll have to use all of her reporter’s wisdom and wiles to clear her name.

Who could have wanted Mark dead? His wife, Gabby? His girlfriend, Darcy? Someone who wanted his seat on the council? Or another citizen of this sweet Texas town that holds some seedy secrets?

Job hunting, building her mixology business, and fending off late-night phone calls from her nearly betrothed don’t leave much time for sleuthing. But if Sam can’t “pour” over the clues to find the killer, it may soon be last call for her.” – Amazon

Being an herbalist who makes her own bitters (they are not just for cocktails, but help with digestion if taken before meals!) and who loves cozy mysteries, I was really looking forward to A Dash of Death by Michelle Hillen Klump, the first book in A Cocktails and Catering Mystery, but unfortunately I didn’t enjoy it that much.

There just wasn’t much to the story as far as the characters went. I felt Samantha, who had been a reporter, should have been more analytical and less wishy-washy when it came to investigating and trusting people one minute and then doing a complete about face the next. And while she was very briefly a suspect, I don’t understand why she wanted to help Gabby out so much, a woman she didn’t know at all and was suing her.

Then there’s the Scooby gang, while I like that her friends are a lesbian couple (we need more diversity of every kind in cozies!) they were kind of unforgettable. No quirkiness or anything else to make them stand out to me and want to read more about them in future books.

And as far as the whodunnit, while I didn’t know the why right away, I did know the who due to there not being enough suspects for the reader to choose from. There are two people that you know didn’t do it due to how cozies are written, so you’re left with only a couple of others to pick from and I thought it was pretty obvious if you stopped to think for a second.

Just a small thing, but while the recipes at the end all look delicious, I was disappointed there weren’t any bitter recipes or bitter history/interesting facts spread out in the book. That’s one of the reasons I read cozies, to learn more about new hobbies and culinary arts.

While I do give Klump kudos for finishing a book (that is a huge feat!) and finding a publisher, I won’t be rushing to read the next book in the Cocktails and Catering Mysteries.