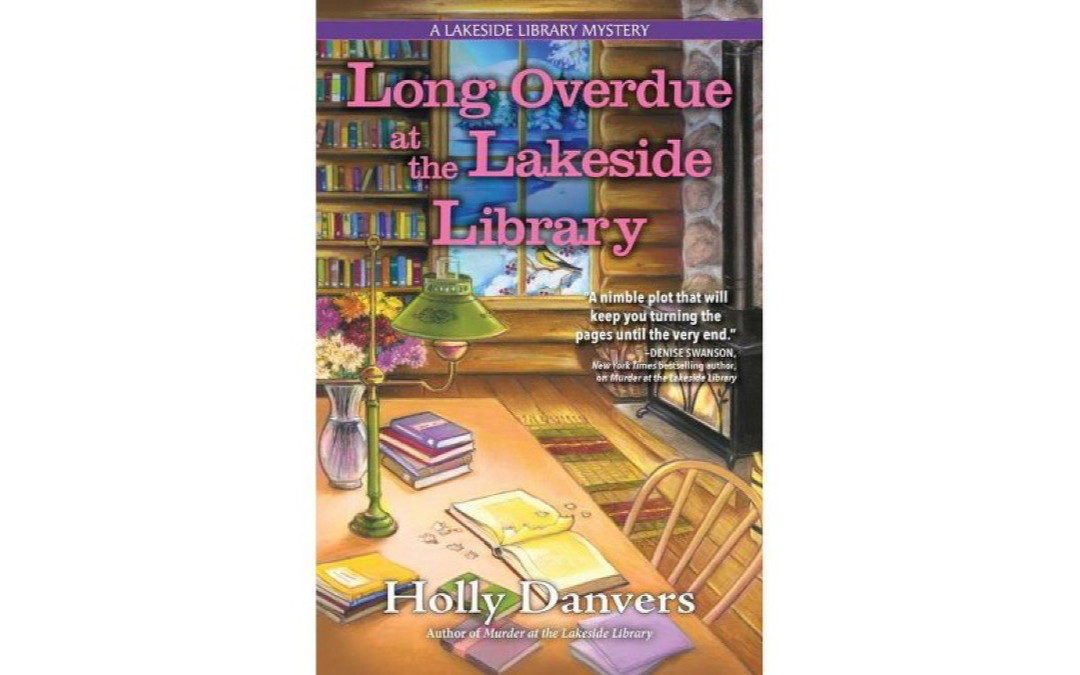 “A glowing wood stove, a cozy log cabin, and shelves full of books are all Rain Wilmot needs to ride out the Wisconsin winter, now that she’s made her family’s Lofty Pines library her year-round home. But the warm-hearted librarian’s blood runs cold when local man, Wallace Benson, is found dead during the annual Ice Fishing Jamboree.

After Benson’s body is found in his ice shanty, Rain recalls that she recently saw the victim in her library, borrowing a few cookbooks to prepare for the fishing tournament’s communal “chili dump.” She later finds these same books returned to the library’s drop box, with an enigmatic note from Benson to Rain.

As Rain seeks to understand the message, the prime suspect becomes Rain’s friend Nick, who was the last person to see Wallace alive and who returned to the Jamboree with a nasty cut on his hand. The knife found in his tackle box only makes Nick’s troubles worse. But Rain keeps fishing for other suspects. Was the killer Danny, who lost his arm to a logging accident involving Wallace? Or Danny’s bitter father, whose dreams of retirement were dashed by his son’s accident?

With the help of her friends Julia and Jace, Rain sets out to hook the real culprit and clear Nick’s name. But can her sleuthing skills protect her from a killer who’d like to take her out of circulation?” – Amazon

The first book in Holly Danvers’ Lakeside Library Mysteries got a three star rating from me too. And while she doesn’t have as much repetition in Long Overdue at the Lakeside Library, it has new problems that are really hard for me to overlook when all combined together.

First, I do want to mention the positives, which are that I love the premise of the series, a small library right on the lake that is now open year round. And having grown up in Northern Wisconsin, Danvers is spot on when describing the weather, natural areas, and people in the Northwoods. I really wish I could get into this series more because of the location she picked to write about.

I’ll start with the two smaller issues I have, which if either were by themselves, I could overlook it, wouldn’t even mention it, and would give the book a higher rating. But when you combine them with the third thing, it’s just too much.

The first is all the time Danvers spent setting up a love triangle. I’m not a fan, but I usually look past it… as long as it doesn’t go on for three or more books. Add to this, the handyman saying he would take a bullet for Rain after having briefly met her a few times… it was a bit much.

Then comes the way Julia, Rain’s BFF, is acting. Now I know her husband is being accused of murder and is sitting in jail, but she continually goes off on people in a psychotic and violent way. Now I don’t know how I would act in the same situation, but this being a cozy mystery, and the character is a school teacher… it was a bit much.

Finally is all the ways that Rain and Julia skirted, abused, and violated the law. Now most protagonists will be in the gray area when it comes to being a law abiding citizen in a cozy mystery, but this was pretty extreme.

Unfortunately because of all of these issues and the first book having so much repetition, I don’t think this will be a series that I will continue to read.