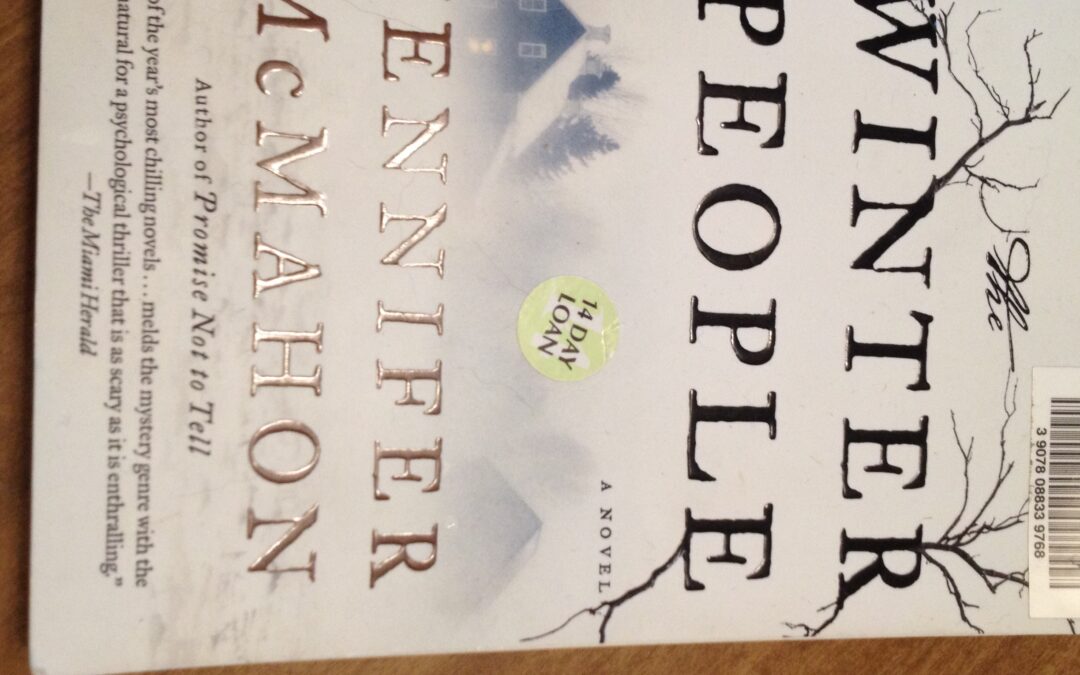 West Hall, Vermont, has always been a town of strange disappearances and old legends. The most mysterious is that of Sara Harrison Shea, who, in 1908, was found dead in the field behind her house just months after the tragic death of her daughter.

Now, in present day, nineteen-year-old Ruthie lives in Sara’s farmhouse with her mother, Alice, and her younger sister. Alice has always insisted that they live off the grid, a decision that has weighty consequences when Ruthie wakes up one morning to find that Alice has vanished. In her search for clues, she is startled to find a copy of Sara Harrison Shea’s diary hidden beneath the floorboards of her mother’s bedroom. As Ruthie gets sucked into the historical mystery, she discovers that she’s not the only person looking for someone that they’ve lost. But she may be the only one who can stop history from repeating itself.

This story was excellent. Jennifer McMahon magically wove together the story line from 1908 and present day. And while technically you could say this is a zombie book, Gertie does come back from the dead, it doesn’t have the feel of a typical zombie story. It’s more of a mystery with a touch of a ghost story and a bit of horror combined.

I don’t want to go deeply into the plot because there would be spoilers. That was the joy of reading the book, figuring out the mystery along with the characters of present day.

It also has the reader thinking, at first, that it’s not possible to bring back the dead. But as you go further into the story, you begin to wonder if it could happen. There are so many unexplained things on this planet, and people have long since believed in the supernatural, so just maybe.

The few horror parts were well written, and I could easily picture the scenes. The one in particular that made me a bit squeamish was how they found Sara dead.

There’s a couple unanswered questions that will leave the reader thinking about the book even after they have finished it. The one that I keep wondering about is Fawn, Ruthie’s sister, and her doll. Was the doll really talking to Fawn, since she seemed to know things that a child wouldn’t have known. Or was Fawn a bit of a psychic, and could she see into the future.

How the book ended left it open for another book, and I would definitely read it. Also with Fawn possibly being psychic, it would compliment Ruthie very nicely if there were to be another book.

McMahon has five other books and a sixth, The Night Sister, coming out in August 2015.

*I borrowed a public library copy. All thoughts and opinions are my own, and I was not given any money or material incentives for an honest review of this book.