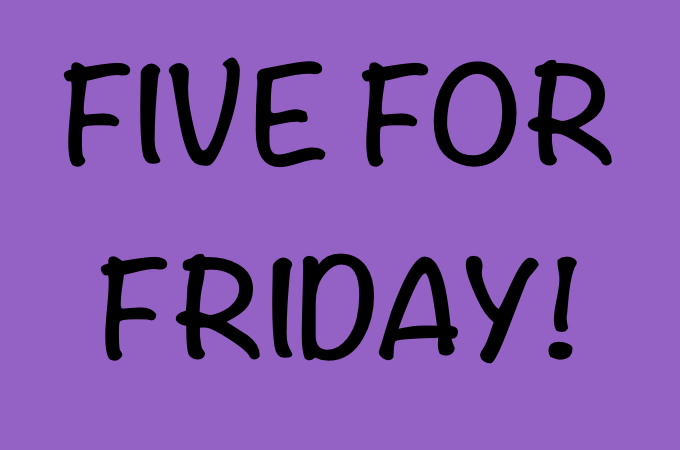 If you read my review for the Linesman, you’ll know that I don’t read a lot of Science Fiction. But for this Five for Friday, I thought I would list the few that I have read and end with the most recent movies I’ve seen. While looking at a Sci-Fi movie list, I realized I’ve seen a lot of them.

I was first introduced to this book by my husband about 15 years ago. I really enjoyed it, especially the twist ending. I saw the movie as well, but of course, it’s never as good as the book.

This one I read in high school, so it’s been quite awhile. I love books, and I couldn’t imagine anyone burning them or keeping their knowledge from people. I think if I were to reread it today, I would get a lot more out of it.

Plus the book had tons of homoerotic undertones, which I don’t remember from the movies. I know it’s a classic, but it’s not one I would say you Need to read.

I just watched Terminator Genisys. There were so many plot holes, but I didn’t care. Brought back memories of watching the first Terminator. And Arnold made some funnies.

Jurassic World is another movie I recently saw and enjoyed. Once again, it brought back some childhood memories. Lots of holes in the story, but Chris Pratt and his Raptor gang were adorable.