Smoke on the Water by Lori Handeland : Book Review 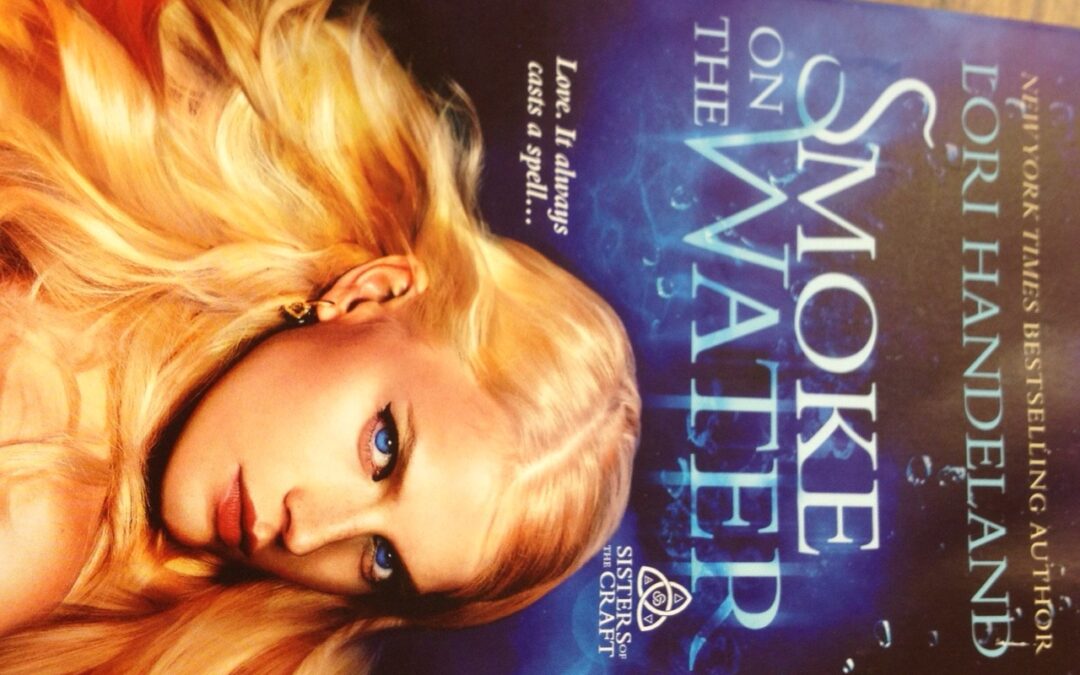 Reunited after four hundred years, three sisters join together to vanquish the power that tore them apart…and embrace the sorcery that is their birthright.

Abandoned as an infant, Willow Black spent her childhood in foster care, the object of whispers and pity…and rumors about being certifiably crazy. Telling your young friends that you can foresee the future-and summon the rain-is a surefire way to end up in the psychiatric ward. But when Dr. Sebastian Frasier arrives at the facility, Willow’s whole life takes a turn.

Sebastian is the handsomest man she’s ever actually laid eyes on-even though he has been in Willow’s visions for years. But not even she could have predicted the storm of passion that engulfs them both. With Sebastian by her side, Willow is emboldened to embrace her history, and the sisters she never knew.

Soon, the true power in her blood awakes-and the battle she was born to fight begins. While the tempest rages, Willow must depend on the friends and family she’s found-and the man she has loved forever…

The final book in Lori Handeland’s Sisters of the Craft trilogy wraps up everything perfectly. I don’t want to give away too much, so this might be a shorter review, but we’ll see how it goes.

First I have to touch on the romance part of the book. The way Handeland did this was a bit different. Instead of the female character finding reasons not to fall in love, or even both of them, it was just the guy. Although at times (as I’ve said before) this romance trope is the one that can drive me batty, it was a bit refreshing/different to just have the guy do it.

The part that Handeland wrote like a master was have the beginning of this story correlate with the same time span in which book two took place. But it wasn’t a rehashing of the previous book, it was a completely new and different story. And while book two completely made sense, this book helped to fill in some time gaps, that were not necessarily missing, but made more complete by book three.

It was a wonderful story of family working together, but it never felt cheesy. I also liked that they came out quickly over two months. I know it is very hard for an author to put out so much good content in such a short period of time, but it made me even more excited for the next book to come out because I knew I had to wait just a few weeks.

Although not the same in format, it was similar to the serial novels that Stephen King did with The Green Mile and John Saul with The Blackstone Chronicles. Those books came out monthly, and I remember I eagerly anticipated each one. I can see this becoming a new marketing tool for authors. I know it would definitely work on me.