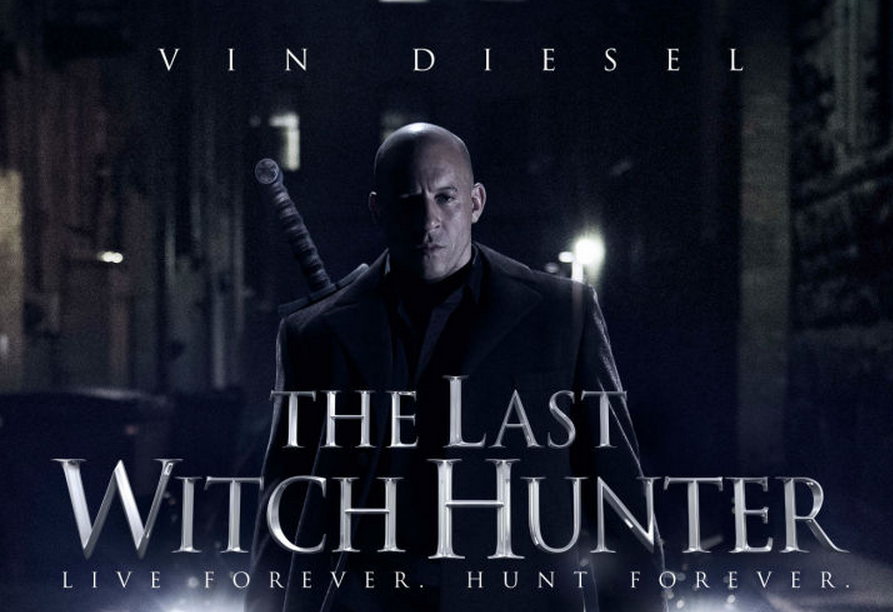 “The modern world holds many secrets, but the most astounding secret of all is that witches still live amongst us; vicious supernatural creatures intent on unleashing the Black Death upon the world. Armies of witch hunters battled the unnatural enemy across the globe for centuries, including Kaulder, a valiant warrior who managed to slay the all-powerful Queen Witch, decimating her followers in the process.

In the moments right before her death, the Queen curses Kaulder with her own immortality, forever separating him from his beloved wife and daughter in the afterlife. Today Kaulder is the only one of his kind remaining, and has spent centuries hunting down rogue witches, all the while yearning for his long-lost loved ones. However, unbeknownst to Kaulder, the Queen Witch is resurrected and seeks revenge on her killer causing an epic battle that will determine the survival of the human race.” -Lionsgate

Most people have that one actor or actress that they will watch anything they are in. For me, that’s Vin Diesel. The first movie I saw him in was Pitch Black, and I have been enjoying his films ever since. I don’t put too much stock into reviews by professional critics, since I often feel the opposite of what they do. So when I kept hearing not so positive reviews for The Last Witch Hunter, I still had hope for the movie. Alas, I should have listened this time.

The storyline was decent, Vin Diesel’s acting was good, as was Elijah Wood and Michael Caine’s. To me, the best acting in this film went to Rose Leslie, and at this point if they make a part two, she’ll be the reason I watch it.

My biggest complaint was the CGI effects with all the flies, it was just used for so much of the movie. I know a month from now, if someone mentions this film, that’s all I will remember. Sure they were integral to the story line, that’s how you knew something bad was going to go down, but it wasn’t even creepy or gross.

My other problem was Elijah Wood, not his acting, but towards the end we find out that the Council that is supposed to be protecting human-kind has kept the heart of the evil witch. At that point, it was obvious that Wood was one of the bad guys. And from the conversation he and Diesel had, I thought it was supposed to be obvious to the witch hunter as well.

Then we have them working together shortly after, only to have Wood bow to the queen witch. At this point Diesel’s character starts beating on him for working with the queen. All I could think was, “Duh!”, we already knew he was…. so either it was bad writing, or I just thought something was in the previous dialogue/scene that was not really there.

I would say skip this one, and just rewatch Pitch Black instead.