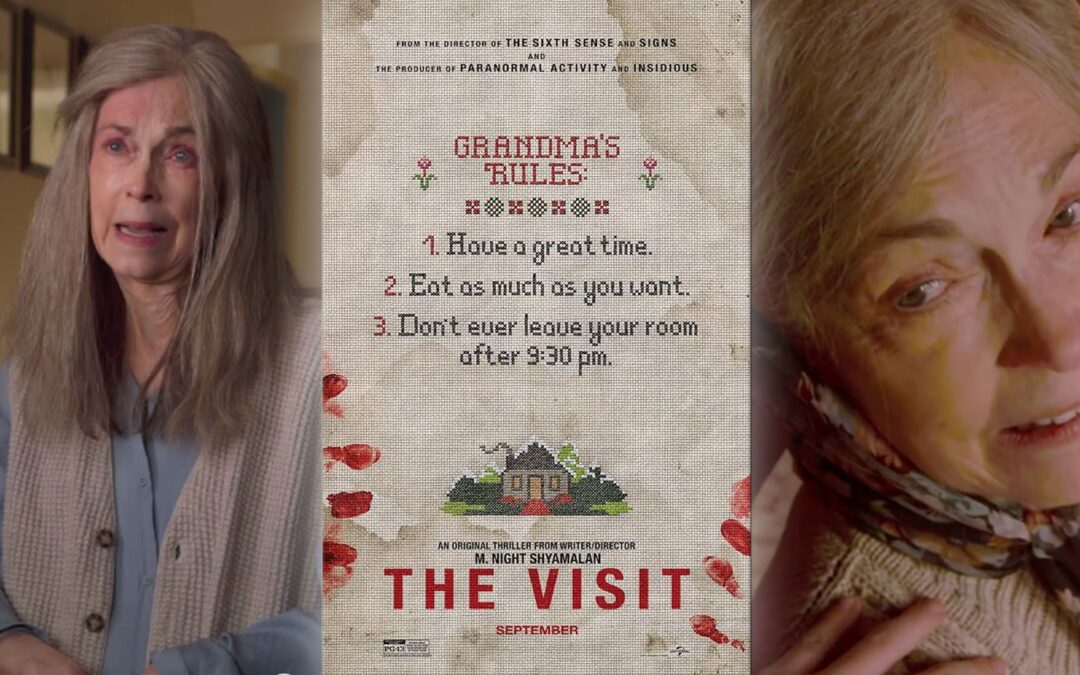 M. Night Shyamalan returns to his roots with the terrifying story of a brother and sister who are sent to their grandparents’ remote Pennsylvania farm for a weeklong trip. Once the children discover that the elderly couple is involved in something deeply disturbing, they see their chances of getting back home are growing smaller every day.

When you begin your career with a movie like The Sixth Sense, so much is expected of you. When your films start to decline, and then not do well at all, it’s easy for people to lose faith in your talents. I’ll admit, after The Village, I thought Shyamalan may have run out of things I would enjoy watching. I am happy that The Visit has restored my opinion of his movies. Hopefully he can keep it up!

Shyamalan did an excellent job of keeping the tension going throughout the movie. Weird things start happening the first night, and at first it’s easy for the grandparents to just say it’s old age. But after a few days, both of the kids really start to question it. The sister can still justify things, but the brother starts to get really creeped out.

When I saw the previews I thought this was going to be a found footage film, and those are one of my least favorite type of movies. So I was happy to find out it wasn’t. The sister is making a documentary, so there are times when we are seeing the scene through the camera lens, but it really works for this film. Besides the “amateur” camera work, the camera angles in the film really help with capturing the tension.

Often I figure out the twist in a book or movie, well before the ending, but not in this case. Because of that, it made this movie even more enjoyable to me. I figured it out about a minute before the brother and sister did, so Shyamalan did a marvelous job in the script writing. Oh, and the one scene at the end (you’ll know which one), really, really grossed me out. But that just added another element to this movie to make it even more enjoyable.

If you liked Sixth Sense, Unbreakable, Signs or The Village, I think you’ll enjoy The Visit.