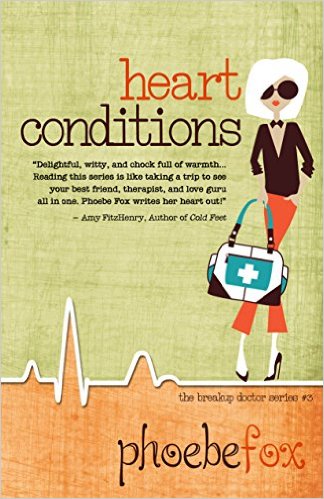 Breakup Doctor Brook Ogden has spent the last year sifting through the fallout from the disastrous decision that led to her unconscious uncoupling with boyfriend Ben Garrett. Despite advising her clients you can’t be friends with an ex, she and Ben have somehow begun to stitch together a friendship—one Brook hopes is slowly turning into more. That is, until Ben introduces his new girlfriend, Perfect Pamela, a paragon of womanly virtues who is everything Brook is not.

While Brook navigates her newly volatile emotional life, an unwelcome surprise shows up on her doorstep: the ex-fiancé who broke her heart two years ago—one month before their wedding. Between her ex’s desire to rekindle their attachment, her best friend Sasha’s unexpected crisis, and her own unsquelchable feelings for Ben, Brook finds herself questioning the personal progress she’s made in the last two years—and threatened with the highest-stakes Breakup Doctor failures she’s ever faced.

So much drama in this book! Brook’s ex-boyfriend, is with Perfect Pam, but Brook still has feelings for him. Then her ex-fiance comes back to town, and wants to try to make things work again. And Brook thinks maybe there’s still something there between the two of them as well.

Add to that a hyper, and yet depressed dog, a best friend and brother who have hit a rocky patch in their relationship, and parents who are not acting like their normal selves, and you have a laugh out loud plot for book three in The Breakup Doctor Series.

I have not read the first two books in the series, but Phoebe Fox includes the perfect amount of backstory that I didn’t feel lost. After reading this one though, I think I would enjoy reading the previous ones.

Although had serious moments, there were a few times I was chuckling. They were mainly when Brook was trying to help her best friend with an issue. There is the scene in a fetish club, where I was mortified, but still laughed.

If you are looking for an amusing love story with lots of drama, then get a copy of Heart Conditions, or better yet, start with the first one in the series, The Breakup Doctor.