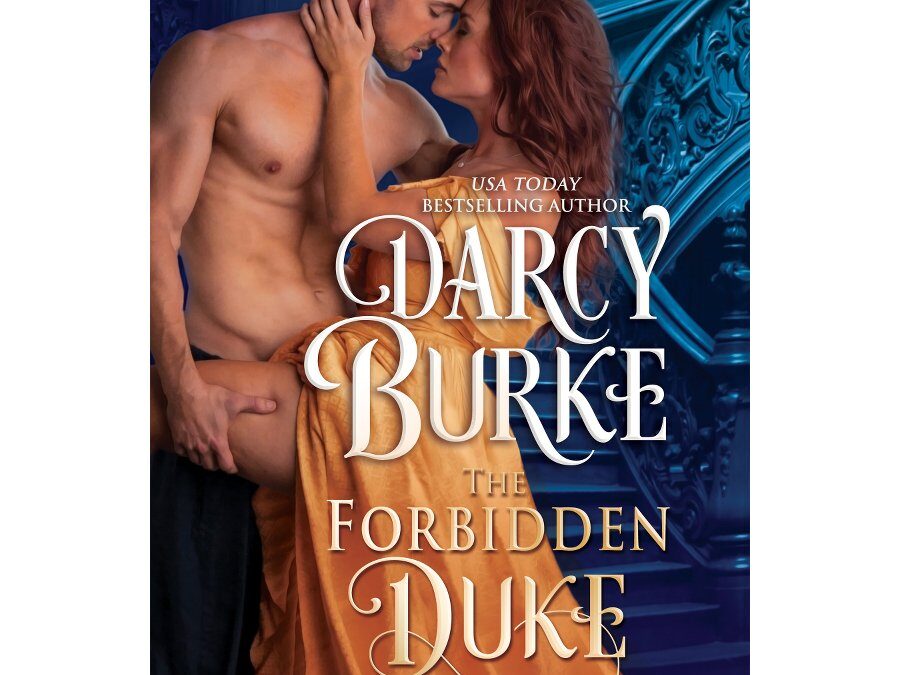 Spinster Miss Eleanor Lockhart is suddenly homeless and employment is her only option. Ruined after succumbing to a scoundrel’s excessive charm nearly a decade ago, she’s lucky to obtain a position as a paid companion and committed to behaving with the utmost propriety. She definitely shouldn’t be in the arms of a man capable of utterly destroying what little remains of her reputation…

Titus St. John, Duke of Kendal, is known as the Forbidden Duke, a mysterious, intimidating figure who enters Society just once each year at his stepmother’s ball. A decade ago, he was a devil-may-care rake until his idle roguery brought about the ruin of Eleanor Lockhart—and his resulting self-imposed isolation. Now she’s back, and she needs his help. But by “saving” her, he may just ruin her life all over again.

What a wonderful start to the new series, The Untouchables. I don’t read a lot of Regency Era romance, mainly because the women can very quickly end up annoying me with how vapid they act. Eleanor Lockhart was a refreshing change. It may be because she is a bit older, and has had to learn to rely on herself. Whatever the reason, I enjoyed her character.

I also like that this is a second chance story. Eleanor was disgraced when she was younger, thinking a man cared for her, when he was just a scoundrel. After taking some time away from society, she must look for a job, that lands her back into the society that had rejected her. Through the love and goodwill of her employer, she is reintroduced back to society. Things don’t go smoothly, but she winds up with a fantastic employer/friend, and steals the heart of a Duke.

The descriptions of the architecture, rooms and clothes are magnificent. That’s one of the reasons I do enjoy reading this era of romance, and Darcy Burke does a fabulous job with the descriptions. Her development of the characters are also done very well, and I’m looking forward to seeing how these characters, and future ones, grow in this series. And as always, the sex scenes are very steamy.

This is a very quick read, and felt more like a novella to me, although I don’t think it’s marketed as such. But either way, it’s a fun read, and I’m looking forward to the next one in the series, The Duke of Daring.