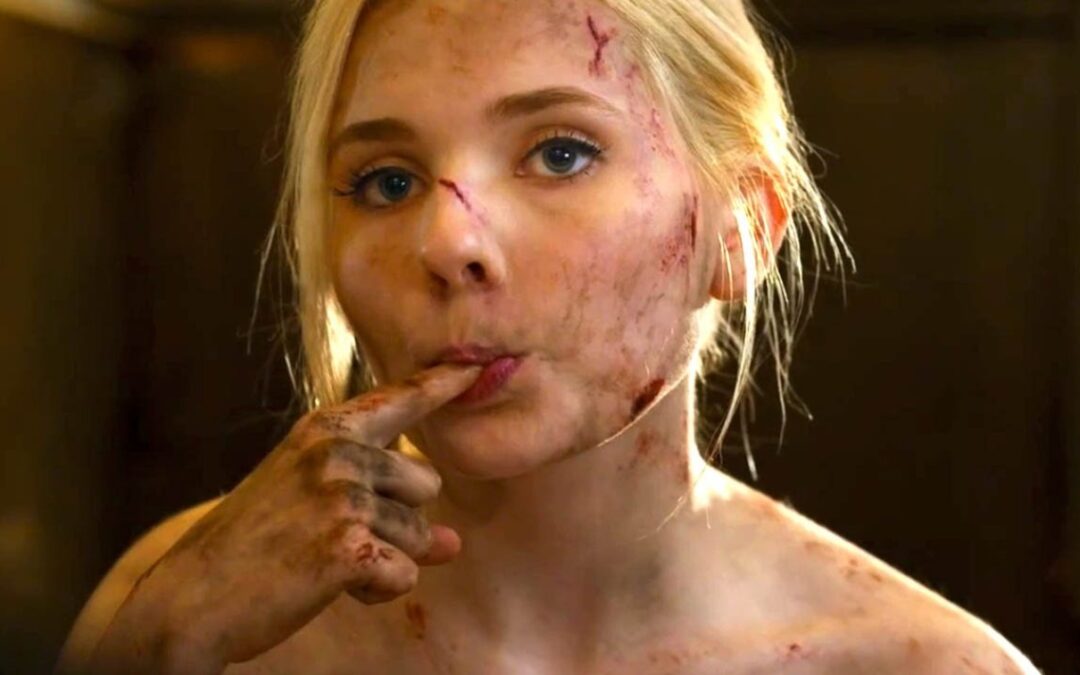 A man teaches a young woman how to become a complete weapon. Later she is approached by a group of sadistic teens who kill blonde women for unknown reasons. The hunting season begins.

This movie could have been awesome, but there are so many flaws and unanswered questions. Before I get into what I didn’t like about the movie, I will say all the actors did a very good job. It wasn’t them that ruined the movie for me, it was the lack of depth in the story telling. I know, I know, many horror movies don’t have much of a plot, but since this one was going for an art house feel, I expected more from it.

At the beginning we see a young Veronica (Abigail Breslin) in an institutional room, and William (Wes Bentley) is asking her some questions in regards to what she remembers about her surroundings. After she answers him, we know that she is going to be trained to be an assassin.

Time passes (don’t remember if it was 10 or 12 years), and we see William training Veronica. This is the part that started to grate on my nerves. Over a decade has passed, but he’s still training her as if she is a newbie. These training sessions could have been really cool. I think the director was going for arty, and it fell flat.

We then get to the pack of boys who take young, blonde women out to the woods, chase them and kill them. At one point the main guy, Jameson, is asked why he likes blondes, and he doesn’t give an answer. Once again the artiness comes in, all the boys are dressed in tuxedos, and the girl is in a formal dress. This theme continues to the clothes that the assassins have been wearing, and to what all the customers are wearing in the diner where the boys pick up the girls.

Now for the part I didn’t understand, Veronica is supposed to go into the woods with them without any weapons. She is wearing a dress that is long, and loose enough that she could have a gun strapped to her leg. She also has a purse, that she could have had a knife or brass knuckles in. Instead she brings with her a flask that has a bit extra in it.

This flask makes the boys trip, so when Veronica does fight them, once again it’s done in an arty way. Harsh lights are shining on them, and it looks like a ballet dance.

If the director/writer/whomever was going for arty, or thought provoking, he had numerous chances. Besides the previous times I’ve mentioned, when Jameson is talking with Veronica at the end, they could have delved into a theological discussion. But once again, it just didn’t have the umph to make a good scene.