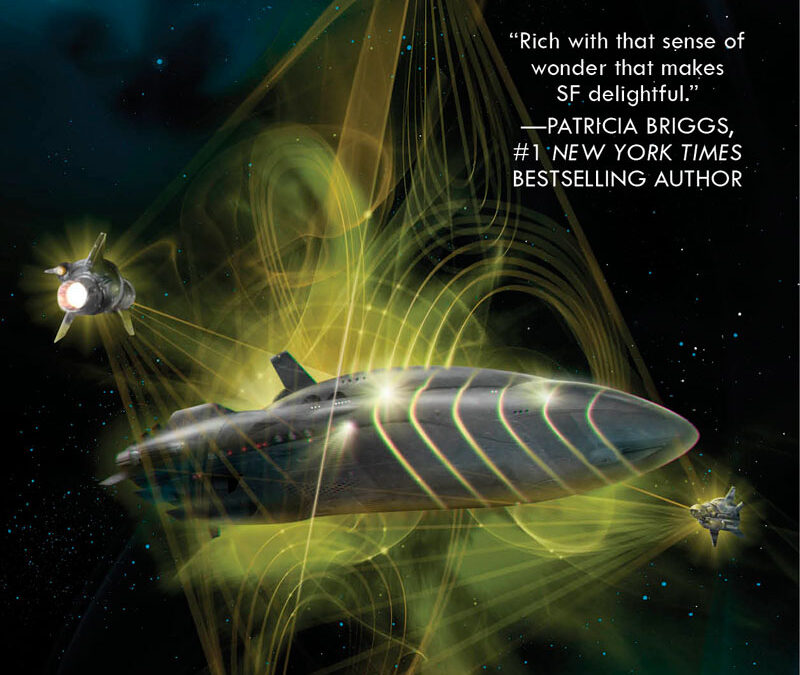 The lines. The soul of every ship. It was once thought there were only ten, but that was before an alien vessel appeared at the edge of space—before Ean Lambert heard more lines singing. Ean’s ways of communicating with lines is strange. But his abilities make him a valuable tool—or weapon—to command.

Captain Selma Kari Wang has lost everything—her ship, her crew, her legs. But the New Alliance of Worlds is not done with her yet. After they rebuild her broken body, they send her to captain one of the new alien ships, teaming her up with Ean, the only one who can understand the alien lines.

Kari Wang and Ean are poised on the threshold of discoveries that could change the world. But not everyone wants the New Alliance to control the secrets they uncover—and those who oppose won’t hesitate to do whatever it takes to stop them…

I was very excited to read Alliance. Linesman (Review for Linesman) had set such a wonderful stage and story, and I was looking forward to the building of that story. Unfortunately, Alliance is a somewhat disappointing sophomore effort. It’s not that the book is bad, it’s rather decent, but it’s lacks the momentum and page turning excitement of Linesman.

I think the heart of the issue with Alliance is that it should have been a novella or short story instead of a full blown novel, or, as a novel, it should have had another aspect of the story woven into it. It reminded me of reading one of the later Robert Jordan, Wheel of Time books, reading a thousand pages and having almost nothing at all happen.

There was some interesting developments of our understanding of how the lines work, but like the rest of the book, this was drawn out and not terribly exciting. The ending was also utterly predictable, and because the buildup was so long and slow, the payoff was rather unsatisfying.

If you enjoyed Linesman, don’t give up. I’m still looking forward to book three, and there have been plenty of series with disappointing second books that have bounced back. With that in mind I’d say Alliance is worth a skim, if only in preparation for the next one.