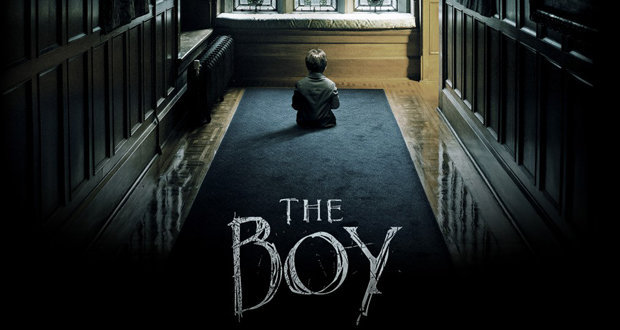 Greta is a young American woman who takes a job as a nanny in a remote English village, only to discover that the family’s 8-year-old is a life-sized doll that the parents care for just like a real boy, as a way to cope with the death of their actual son 20 years prior. After violating a list of strict rules, a series of disturbing and inexplicable events bring Greta’s worst nightmare to life, leading her to believe that the doll is actually alive.

Going into this film I wasn’t sure what to expect since the advertising for it was vague. The movie does a great job keeping you guessing. Is the doll actually alive, or perhaps an evil spirit is possessing the doll, or my personal favorite, the main character is just going crazy.

The house itself plays a character in the film, besides the gorgeous architectural detail, it’s huge and creepy. It lends itself nicely to the question as to what’s going on. Will Greta find details in the attic, or perhaps the burnt part of the house where the son died. Or did she get herself into a Scooby-Doo situation, and the house is filled with secret passages.

The parents of Brahms are great characters too, although we don’t see much of them because they leave on vacation shortly after Greta gets there. The mom seems completely crazy, and the father just seems resigned that this is his life. Greta should have known something was up when a mom who is so dedicated to her son to just leave him with an almost stranger. But Greta has issues of her own, and is glad she can just hide out, without having to do much. Greta’s issue comes into play later on, and only adds to the wonderful build-up of tension in this film.

At first I was going to give this film four stars, but the more I thought about it, the more I realized I really did like it. There were jump scares that were done very well, the actors were very talented, the tension and music was used wonderfully, and the final reveal (while not shocking), was good.