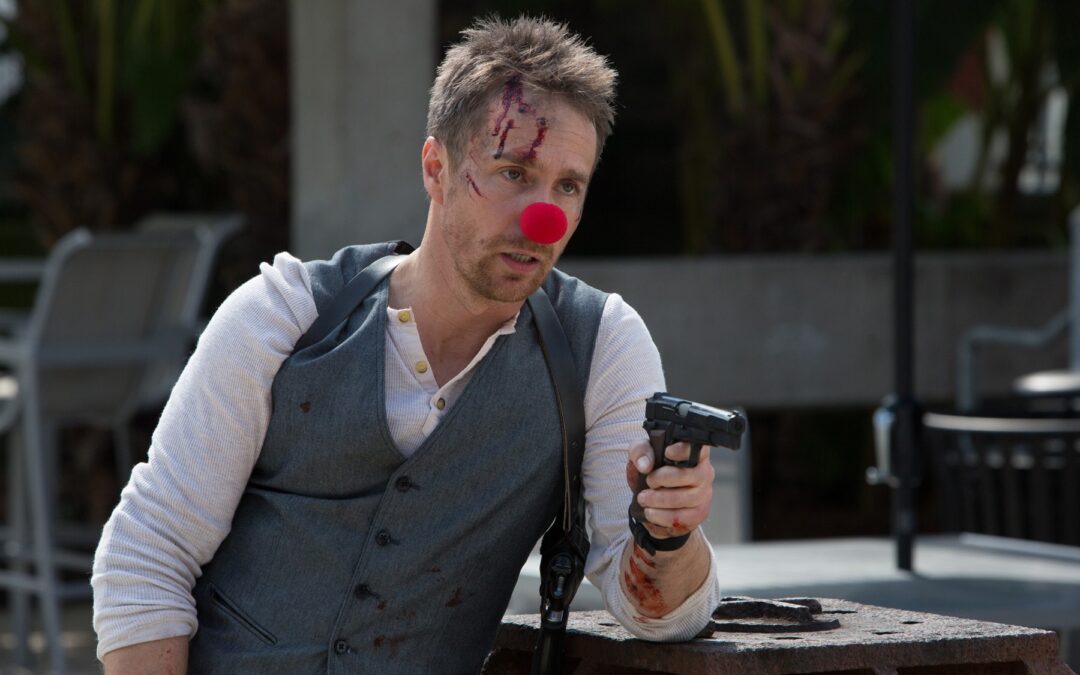 Martha (Anna Kendrick) comes to a crossroad when she finds out that her new beau, Francis (Sam Rockwell) is a professional assassin who kills the people who hire him instead of the intended targets.

If you enjoyed Grosse Pointe Blank, then I think you’ll like this one too, I know I did. It wasn’t deep, it was cheesy at times, and it encompassed so many of my favorite tropes. And then there’s Sam Rockwell. We all have a movie crush. For the longest time it was Nicholas Cage, then Vin Diesel, but as I’ve gotten older, it’s switched to Sam. And it all started when I saw him dancing in Charlie’s Angels.

Anna Kendrick, did a wonderful job making Martha quirky, with a touch of crazy. And Sam did a great job of being adorable, and making no bones about being crazy. Francis sees Martha in the store and is immediately fascinated by her. Martha has had many bad relationships, so she resists Francis briefly, but they just click, so they get close fast. Her friend interrupts this, to remind her of her failures with men, so Martha tries to back off, but there is too much chemistry between them.

While Martha and Francis are learning about each other, and having some miscommunication along the way, a plan hatched by a crime family starts going horribly wrong as well. But Francis and Martha dance their way out of the trouble with some help from the Universe’s rhythms, with one of them being very polite, and the other, well, you’ll just have to watch to find out.