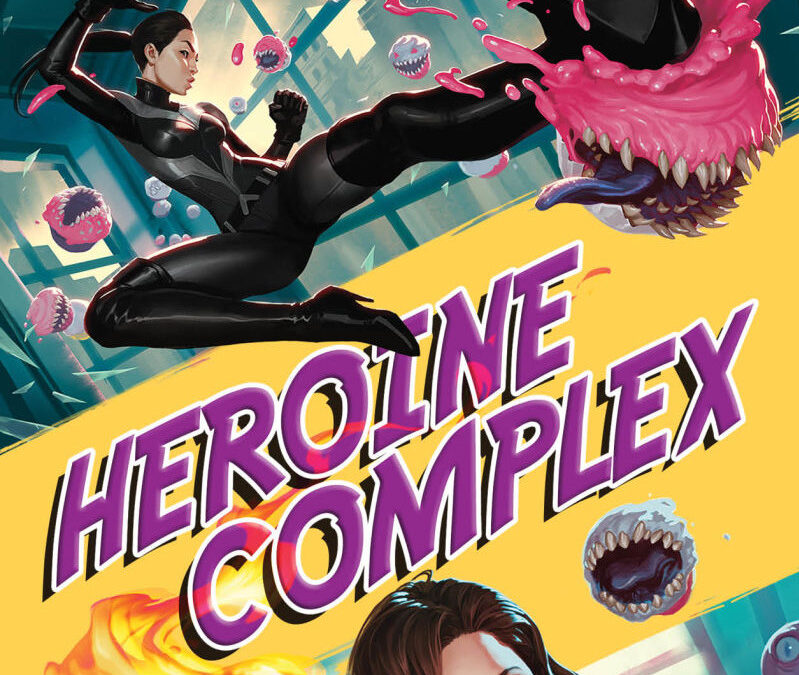 Evie Tanaka is the put-upon personal assistant to Aveda Jupiter, her childhood best friend and San Francisco’s most beloved superheroine. She’s great at her job—blending into the background, handling her boss’s epic diva tantrums, and getting demon blood out of leather pants.

Unfortunately, she’s not nearly as together when it comes to running her own life, standing up for herself, or raising her tempestuous teenage sister, Bea.

But everything changes when Evie’s forced to pose as her glamorous boss for one night, and her darkest secret comes out: she has powers, too. Now it’s up to her to contend with murderous cupcakes, nosy gossip bloggers, and supernatural karaoke battles—all while juggling unexpected romance and Aveda’s increasingly outrageous demands. And when a larger threat emerges, Evie must finally take charge and become a superheroine in her own right…or see her city fall to a full-on demonic invasion.

I enjoyed this book, but kept feeling like it was meant for more of a young adult audience, but some F bombs were added, along with some sex scenes to bump it into the adult category. I think if it stayed in YA, I would have given it five stars. The biggest reason I felt it was more YA was not because of the age of the characters (they were in their early 20’s and one was 18), but because of their maturity level. Although they are out saving the world from demon, they still have a lot of growing up to do.

The action scenes were amusing, and written very well, but they felt choppy with the rest of the book. The action scene would be over, and then the characters would be dealing with their issues with each other. It didn’t always have a good flow. It reminded of when a commercial cuts into a TV show before the scene is done.

I really did like that Sarah Kuhn had diversity in her characters. Two Asian women kicking ass, and Lucy (who’s a lesbian) was my favorite character. Although she didn’t have as much page time as Aveda and Evie, her character was tough, with a heart of gold.

If you enjoy YA (and can handle the swearing/sex), or know a teen who can, I would highly recommend this book. If you are looking for a series that is for a more adult audience, try the Adventures of a Demon Hunting Soccer Mom series by Julie Kenner. The first book in the series is Carpe Demon.