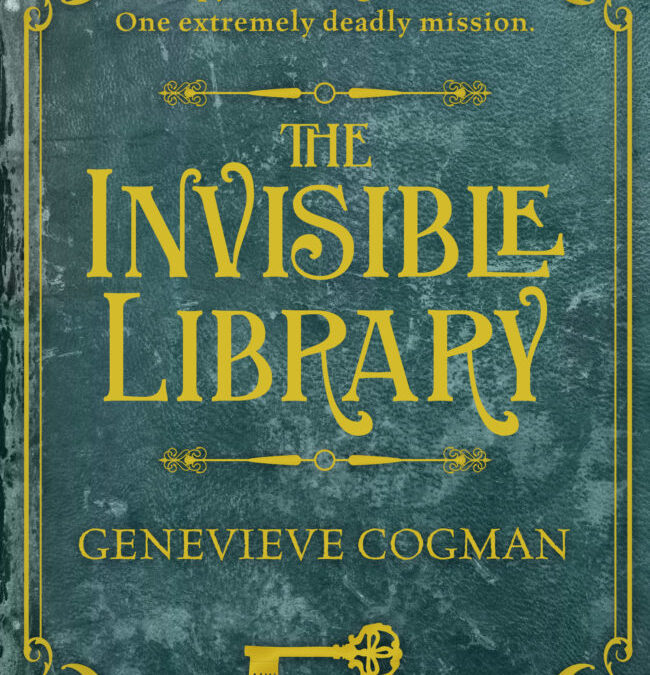 One thing any Librarian will tell you: the truth is much stranger than fiction…

Irene is a professional spy for the mysterious Library, a shadowy organization that collects important works of fiction from all of the different realities. Most recently, she and her enigmatic assistant Kai have been sent to an alternative London. Their mission: Retrieve a particularly dangerous book. The problem: By the time they arrive, it’s already been stolen.

London’s underground factions are prepared to fight to the death to find the tome before Irene and Kai do, a problem compounded by the fact that this world is chaos-infested—the laws of nature bent to allow supernatural creatures and unpredictable magic to run rampant. To make matters worse, Kai is hiding something—secrets that could be just as volatile as the chaos-filled world itself.

Now Irene is caught in a puzzling web of deadly danger, conflicting clues, and sinister secret societies. And failure is not an option—because it isn’t just Irene’s reputation at stake, it’s the nature of reality itself…

If you enjoy watching Warehouse 13 or The Librarians, then you must read this book. And if you’ve never seen those two TV shows, then you must also watch those. But pick up the book first, and read it. Or if you just love to read, then this book will probably be one you enjoy since it’s about books and libraries.

I was disappointed when Warehouse 13 was not renewed, and I’m waiting for the next season of The Librarians to be on Hulu, so this book was a wonderful way to spend some time while waiting. Cogman did a fantastic job writing a new fantasy world with touches of steampunk, and the way she set up the series means she can write about whatever genre she wants in future books, and it will fit in perfectly.

In a short time she develops her characters very well, and made me feel like I was fast friends with some of them… or at least I would want them as my friends. She also does a fabulous job in describing the architecture and sense of place in an alternate London.

There is also a mystery that runs throughout the book, and Cogman does a terrific job of dropping little hints along the way. I am very much looking forward to the next book in the series, The Masked City, and seeing how Cogman continues to develop the universe and characters.