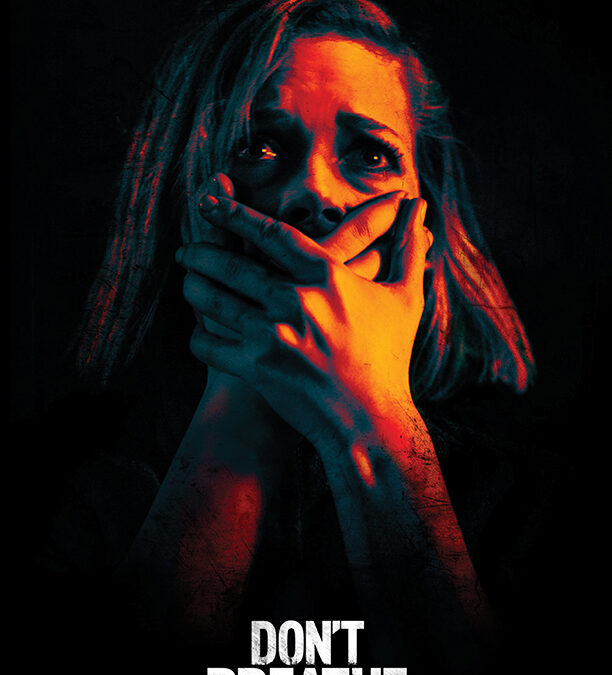 Rocky, a young woman wanting to start a better life for her and her sister, agrees to take part in the robbery of a house owned by a wealthy blind man with her boyfriend Money and their friend Alex. But when the blind man turns out to be a more than he seems, the group must find a way to escape his home before they become his newest victims.

It’s been a long time since I’ve watched a movie that actually made me jump, and not because of cheap jump scares, although there were a couple of those too. As soon as the three friends entered the house, the tension did not let up. The theater I went to didn’t have a huge audience, maybe 15 people, but it was so quiet in there, that you could tell they were also feeling the tension.

Besides the tension, the violence was pretty hard core too. People were not afraid to use guns, hammers, their fists, or anything else close by when it came to trying to defend themselves and get out of the house. Some movies go lighter on the violence when it comes to women, but this film didn’t hold anything back. And normally when there is brutality towards an animal I close my eyes, cover my ears and hum to myself. Although I did do it once, the other times I was so engrossed in the movie I didn’t have time to do those things, wanting to see what would happen next.

There were quite a few problems with the plot, especially towards the end, but I’m not even going to get into them, the rest of the movie was just so good. That problems were the reason this movie got four stars instead of five. Even with them, I highly recommend this movie. It wasn’t as disturbing to me as the remake of The Hills Have Eyes remake, but it is one that with definitely stick in my mind.