How to Look Happy by Stacey Wiedower : Book Review 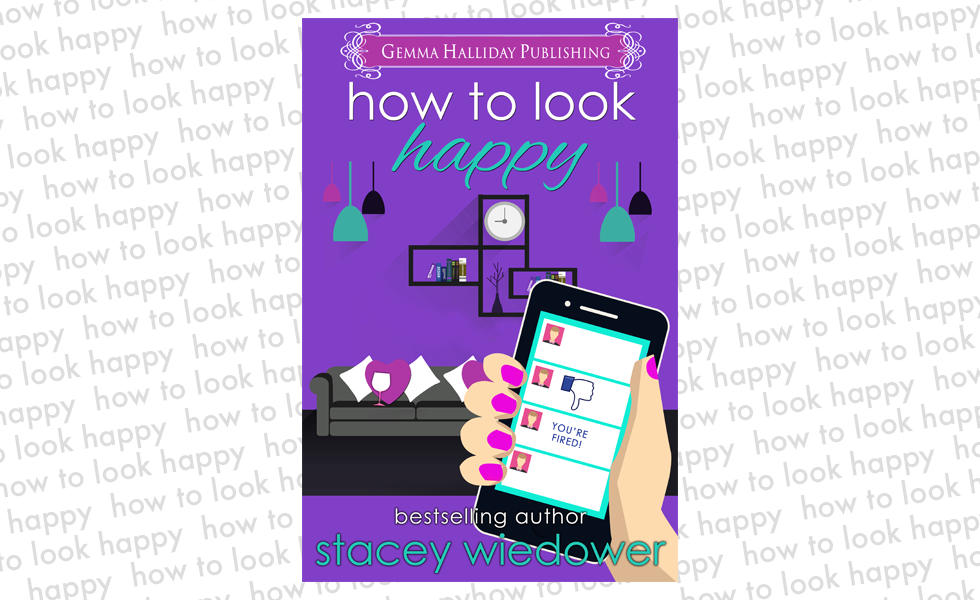 Jen Dawson is an interior designer at the top of her game, with a job at the South’s hottest design firm and a fiancé who’s on the short list of the city’s most eligible catches. But her perfectly designed plans for her life fall apart when her prima donna boss screws her over and her fiancé dumps her on the same day. What’s a self-respecting Southern girl to do? … is what she should have asked. Instead, she drowns her troubles in cocktails and then adds trouble of her own by “drunkbooking” a Facebook status that gets her in more hot water at work.

As her ex reappears at all the wrong times, Jen’s flirtations heat up with all the wrong men—until she finds the one guy who makes her realize love just isn’t something she can plan. And when she vows to set her life back on track and stage a comeback, Jen uncovers shady business at her design firm that could take down the entire operation … and her, but only if she lets it.

This is the first book I’ve read in the Unlucky in Love series. (There are two previous books, 30 First Dates and Now a Major Motion Picture.) Although some of the characters tie in from previous books, this is definitely a series you don’t need to start from the beginning. But since I enjoyed this one so much, I think that you should.

Wiedower’s previous work as an interior designer is really showcased in this book. It was neat getting a peek into the business side, and her descriptions of the rooms and furniture were marvelous. I really enjoy designing rooms, and if I didn’t currently work at a library, this is a profession that I might have pursued.

Following along with Jen’s story and finding out which disaster in her life would take place next, kept me turning the page. Although Jen has a lot of not so great situations happen to her, she also has a lot of good things too. The balance between the good and bad made for a great read. If Jen just kept experiencing disaster after disaster, I think the book could have become very draining quickly.

This is a wonderful chick lit book, with a touch of romance, and lots of great friendships. I highly recommend it, especially for a beach read. Or since it’s getting cold where I live, snuggled under a blanket with a cup of something warm.